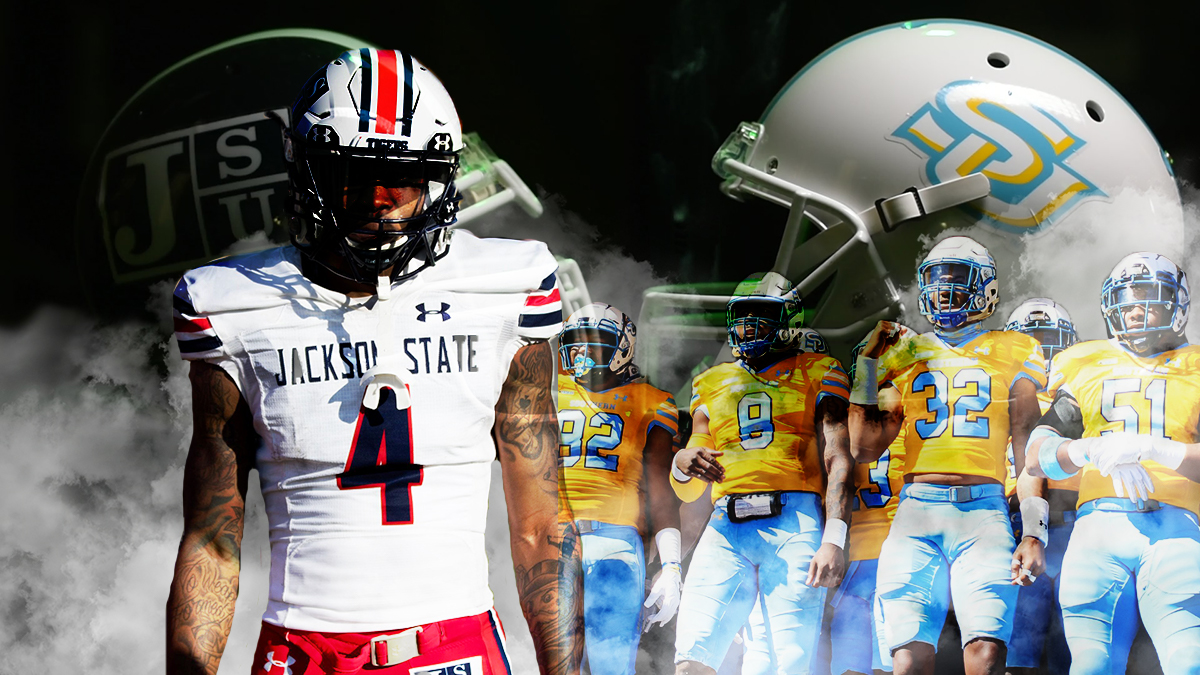 Southern controls the game from wire to wire in Jackson.

Jackson State University (3-2) was playing on ESPN for the first time since the 1980s, but things didn’t start out as they would have hoped for. Southern University (4-1) showed up to Jackson State ready to throw haymakers in the first quarter.

The Jaguars marched down the field for a game-opening touchdown and followed that up with a successful on-side kick. The Tigers only managed 10 yards of offense in the entire first quarter and found themselves trailing 10-0 at home early in the second quarter. It was the first double-digit deficit of the season for Jackson State.

Ladarius Skelton had the Jaguars rolling on the first drive of the game. The Tigers picked up five first downs on an 11 play 70-yard drive that ended with a Devon Benn one-yard rush. Skelton passed for37 yards and rushed for 14 more on the drive.

Southern caught everyone by surprise on the ensuing kickoff, by recovering a 12-yard squib kick. The drive was quickly snuffed out five plays later when CJ Holmes picked off Skelton at the Jackson State 29 yard line.

Jackson State would go three and out on its next two drives throughout the first quarter. The JSU defense would hold Southern to a field goal on its possession to open the second quarter. Southern was in a position to potentially score another touchdown, but lost significant field position after a Skelton fumble and settled for the field goal.

The Jackson State offense continued to struggle until getting another spark from the defense. Khalil Arrington picked off Skelton on a tipped ball inside the Jackson State red zone. Southern was in the midst of a 47 yard drive and had the momentum of a team that was about to score.

Instead, Jackson State fired back with a one-play strike when Jalon Jones found Daylen Baldwin for a one-handed catch that resulted in a 75-yard score. The touchdown put the score at 10-7 in favor of Southern with 6:42 remaining in the quarter.

Late in the quarter, Jackson State made a risky call that it may have immediately regretted. With 45 seconds remaining before the half, JSU chose to go for it on 4th and 14 near midfield. Jalon Jones was sacked on a Southern blitz and the Jaguars immediately went to work.

John Lampley, who had checked in earlier in relief of Skelton, quickly went 2-for-4 for 54 yards passing on a 37-second drive that ended with a c Williams touchdown. Southern took a 17-7 lead into the halftime break.

Jackson State started the second half with the same offensive struggles it experienced before the break. The Tigers only held the ball for 53 seconds on the opening drive going three and out for five yards. Southern put up another field goal on the ensuing possession, this time a career-high 49 yarder from Cesar Barajas.

After forcing a Jackson State punt, Southern put together its best drive of the afternoon. The drive started with Lampley but ended with Skelton. The Jaguars’starter returned to the game when Lampley’s helmet came off and he didn’t disappoint. Skelton immediately ran for 33 yards and remained in to finish off the drive. Benn’s 20-yard touchdown run capped off a 9 play 93-yard drive to put Southern up 27-7 late in the third quarter.

JSU responded with its best drive of the game. The Tigers got into the red zone for the first time all game during a 13 play, 82 yard drive. After getting sacked for nine yards on second and goal, Jones came back to find Corey Reed Jr. for an 18-yard score. That cut the Southern lead to 27-14 early in the fourth quarter.

Just when the JSU offense showed up, the Southern defense made two key plays. Jordan Lewis killed a Jackson State drive with a big sack on third down. On the ensuing punt attempt, Kordell Caldwell came up the middle untouched and blocked the ball with both hands. Caldwell couldn’t pick the football up but ushered it out of bounds at the two-yard line. Skelton easily ran it in on the next play and Southern went up 34-14.

At that point Southern University just ran the football and ran the clock. The Jaguars ran the ball 16 consecutive times for 78 yards, running out the final 10:26 on the clock.

It was Southern’s eighth straight win over Jackson State.