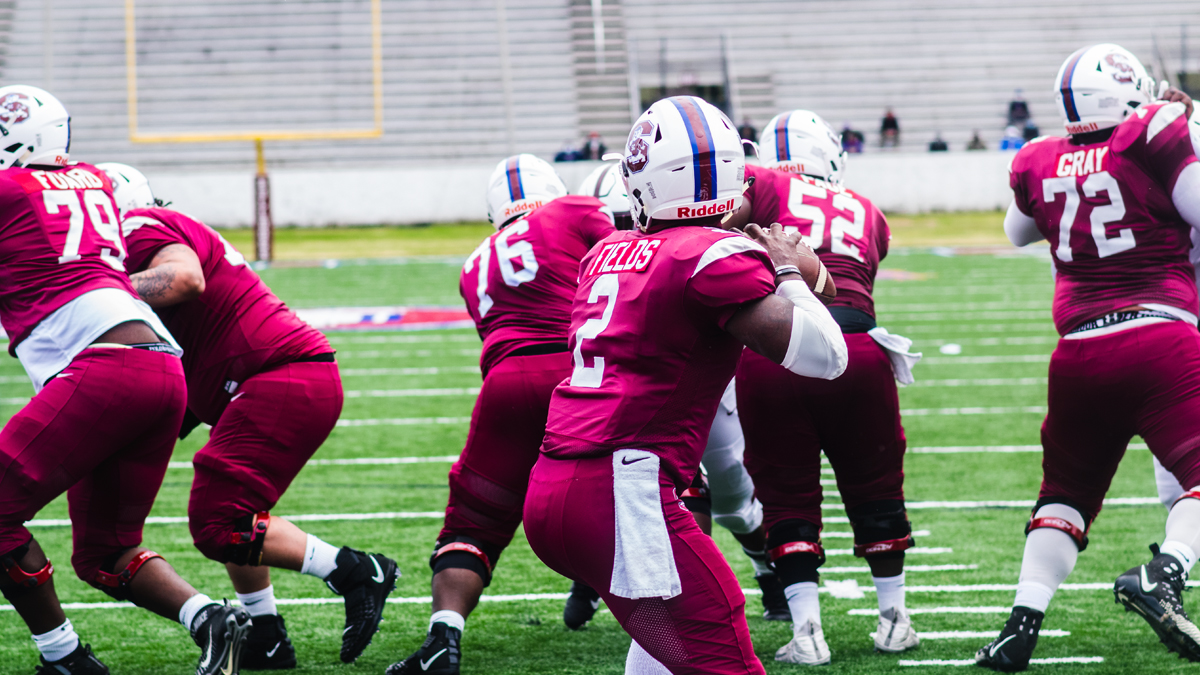 South Carolina State didn’t have much look in the air, or on offense period. But it did just enough to beat Alabama State.

South Carolina State went into SWAC country and turned it into a MEAC-like slugfest.

A touchdown pass from Corey Fields to Shaq Davis with just under two minutes to go lifted South Carolina State to a 14-7 win over Alabama State. The win was the second in a row for SC State (2-1).

The Bulldogs led for the majority of the game. A 12-yard run by Alex James with 11:44 remaining in the first quarter gave the visitors the lead. Both teams went scoreless over the next 40-plus minutes before Alabama State got on the scoreboard.

Sean Harper picked off Fields’ pass and returned it to the SC State 11. Ryan Nettles connected with Wallace Corker for a nine yard score and tied the game with just over three minutes remaining.

SC State immediately responded with a seven-play, 59 yard drive that concluded with the game-winning touchdown.

The game was largely a defensive battle as the two offenses combined for just 500 yards of total offense. South Carolina State passed for just 91 yards, 17 of them coming on the game-winner from Fields to Davis.

Zafir Kelley finished with a pair of interceptions for SC State while Harper and Eric Felts also recorded picks.

Alabama State will look to get back on track next week when it hosts Mississippi Valley State.

SC State’s win made it 1-1 against SWAC teams this spring. It lost to Alabama A&M in its season-opener.