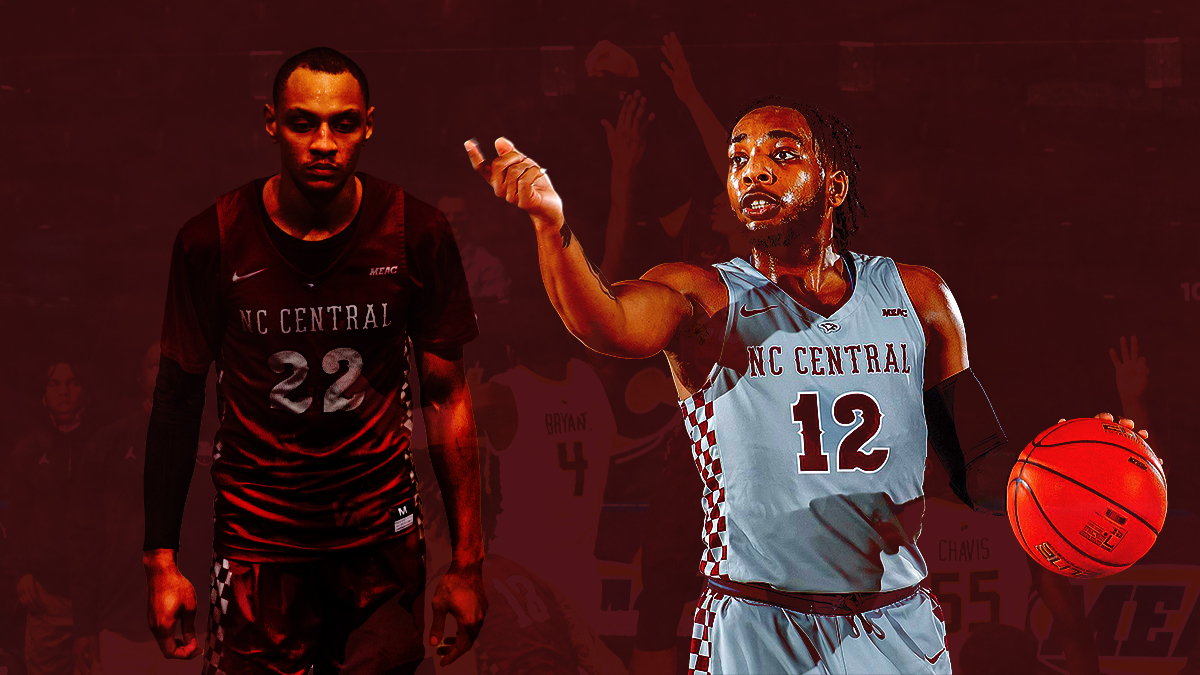 NC Central will have to replace not one but two starting guards in its lineup next year as both enter the transfer portal.

One week after ending its season, North Carolina Central is losing two of its backcourt starters.

Point guard Jordan Perkins and off-guard C.J. Keyser have both entered the transfer portal this week. Both players were seniors this season, but have an extra year of NCAA eligibility.

Perkins was a four-year starter for NCCU. He announced on Tuesday that he will be playing his final season of eligibility elsewhere.

“Over the past four years, the love and support at this university has been unmatched. The basketball program has molded me from a boy to a man and I am forever grateful to Coach Moton and the staff for believing in me and giving me an opportunity to play at the next level,” Perkins wrote in his transfer announcement.

The senior from Greensboro finished his career at NCCU second all-time in assists with 528. He helped the program win back-to-back MEAC Tournament titles in 2018 and 2019, and a regular season title in 2020. His career averages are and 6.3 points and 4.8 assists per game

“With that being said, I will be entering the transfer portal with one year of eligibility. Again, I want to thank all the people that have helped me come this far. I would be nothing without you and want to thank God again for another opportunity to continue my basketball and academic career.

Keyser spent the last two seasons at NCCU after transferring from Witchita State. The 6’6 Baltimore native averaged 16.5 points per game during the condensed 2020-2021 season, en route to being named first-team All-MEAC. That came on the heels of a third-team All-MEAC performance in the 2019-2020 season.

NC Central finished its season 5-9 with a loss to Norfolk State in the MEAC quarterfinals. It was one filled with promise and exposure, with an ESPN docuseries shooting during the season, but one that saw its share of ups-and-downs due to COVID-19 and inconsistent play.