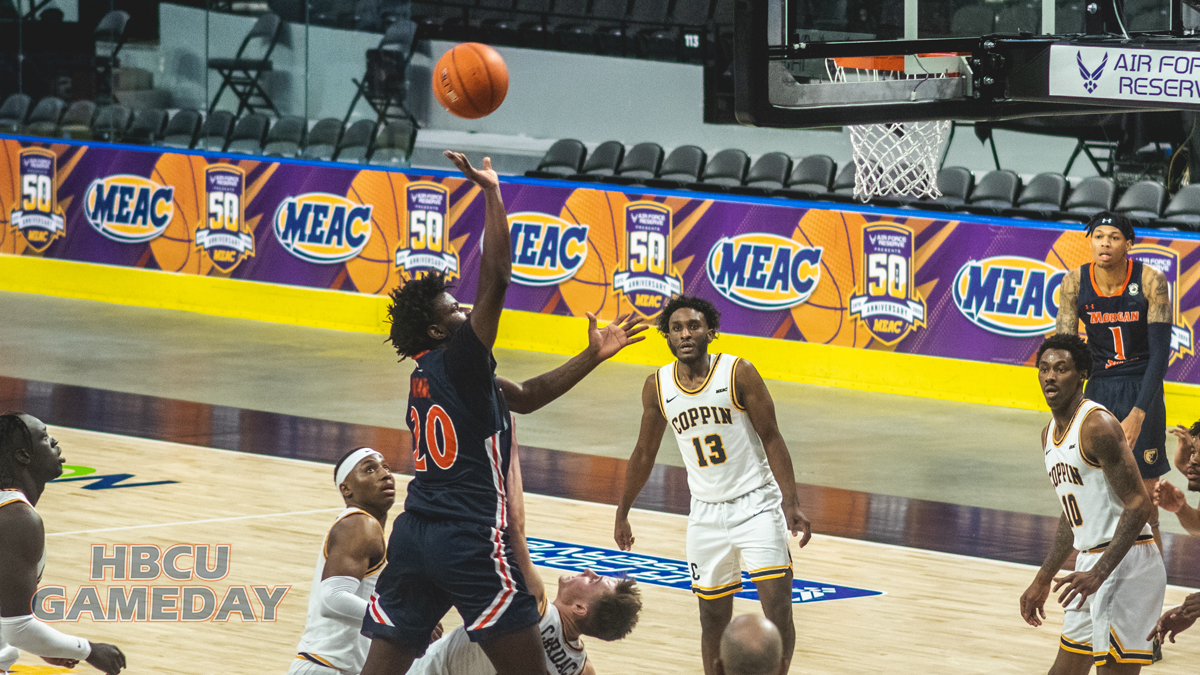 MEAC Championship Game 2021: How To Watch

Morgan State and Norfolk State are set to meet at the Norfolk Scope on Saturday afternoon for the autobid to the NCAA Tournament for the MEAC.

NORFOLK, VA — Morgan State guard De’Torrian Ware is a man of few words, but his game has been talking in the MEAC Tournament.

The Hopkinsville, Kentucky native had another huge night in Morgan State’s 82-61 win over rival Coppin State on Friday. His 29-point, 15-rebound, four assist night helped lift MSU into the MEAC Championship Game on Saturday. It will face Norfolk State for the MEAC’s NCAA bid at 1 PM EST on Saturday on ESPN2.

MSU overcame a nine-point halftime deficit for the second night in a row. It outscored CSU 55-25 in the second half to come away with the win.

Head coach Kevin Broadus reminded his team of what was at stake at halftime.

“My halftime speech was probably more about X-rated things we did at in the first half,” Broadus told the media after the game.”We did a lot of deep soul-searching at halftime.”

Morgan State Ware’s big night on Friday came on the heels of a 35-point performance in the quarterfinal against FAMU. Ware has now had seven games of at least 25-points, including games of 30 and 25 against Norfolk State early in the year.

“If I see one go in, I feel very good for the rest of the game.”

And he’s seen plenty go in at the Norfolk Scope.

“He’s a helluva player. Hell of a talent. He’s got to learn how to play defense better, but he’s getting better,” Broadus said. “He’s a worker. His mind is right. We’re just blessed and happy to have him.”

The win puts Morgan State in the MEAC Championship game for the first time since 2014 when it lost to North Carolina Central. A win over Norfolk State would seal its first MEAC title since 2010. Norfolk State is a four-point favorite according to Oddshark.

To bring the championship trophy back to Baltimore, the Bears will have to beat a Spartan team that beat it in three of the four regular season matchups. All four games were decided by five points or less. In their lone win, the Bears led by sixteen points at halftime and managed to hold off the Spartans for a 78-74 win.

Broadus will face off against Norfolk State’s Robert Jones as both men try to win their first-ever MEAC titles as head coaches. He said he’s friends with Jones and he expects that it will be a tough, grinding game.

“Norfolk is a very good program. We’re just thankful to have one more day,” Broadus said. “We lived to see another day. We want to show well tomorrow and hopefully, we’ll be off to Indianapolis after tomorrow.”

MEAC Championship Game 2021: How To Watch