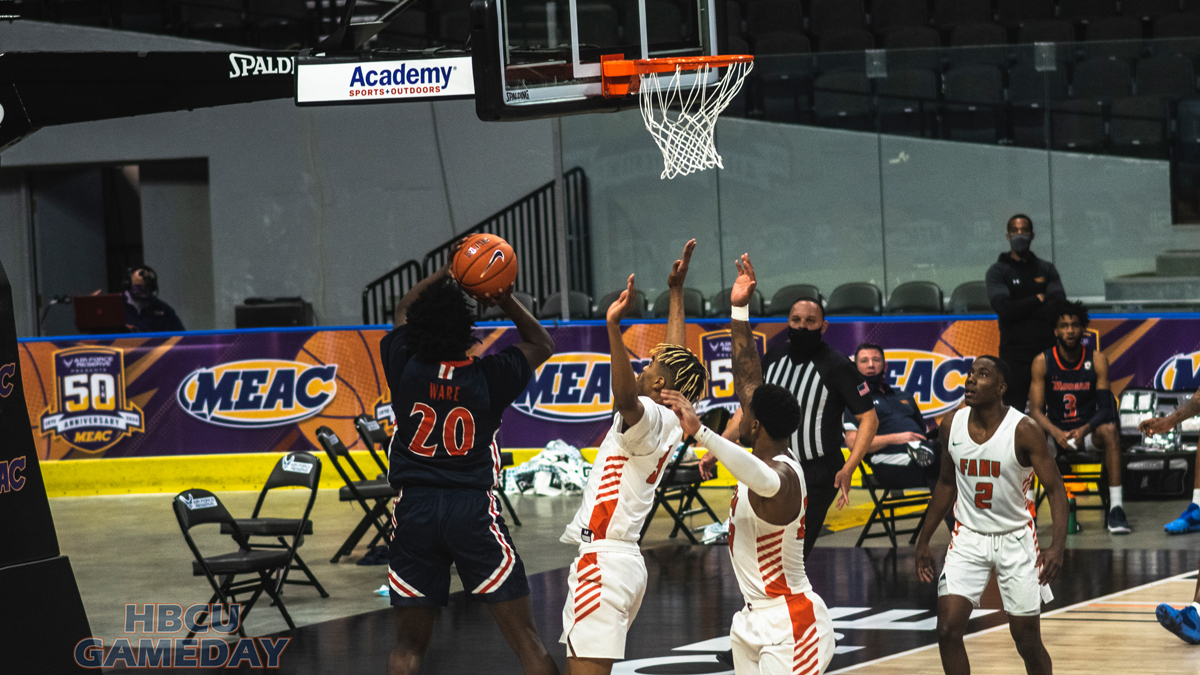 Baltimore HBCU rivals Morgan State and Coppin State will meet for the fifth time this season with a MEAC title game berth on the line.

The Bears (13-7) will face Northern Division top seed and rival Coppin State in Friday’s semifinal round at 6 p.m.

Ware went 10-for-17 from the floor and hit seven of his 11 3-pointers. He was the only Bear to score in double figures, and he added six rebounds and a steal. Lagio Grantsaan was Morgan State’s leading rebounder with nine.

“He gave us some separation (in the second half),” Morgan State head coach Kevin Broadus said. “It was real tight in the first half, and we made some mistakes … we were looking for threes, and I know we’re better than that.

“We needed (Ware) to score tonight, and he did.”

Sherwyn Devonish hit a jumper with 3:55 remaining that put Morgan State up 71-61.

But the Rattlers had one more run in them; using a 14-5 run, FAMU cut the lead to 76-75 with nine seconds remaining after Speer hit a pair of free throws. Devonish responded with a free throw of his own three seconds later, and DJ Jones’ potential game-winning three went wanting as the buzzer sounded. Speer led four Rattlers in double figures with 18 points. MJ Randolph added 17.