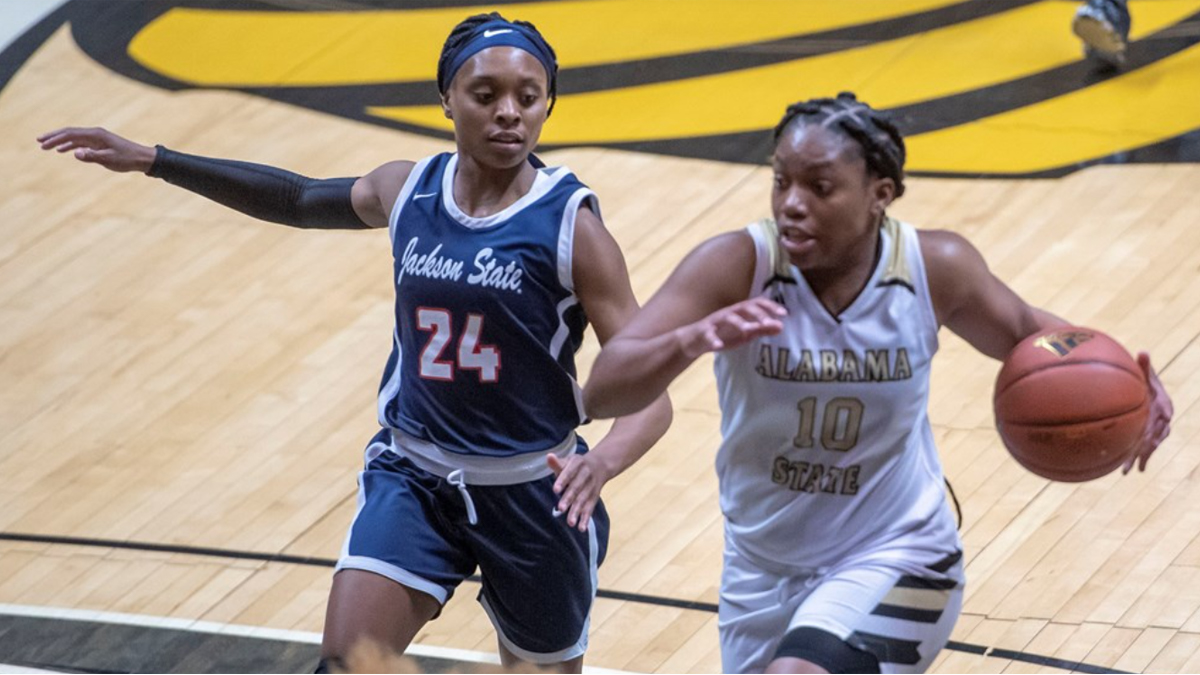 The top two seeds will face off against one another.

BIRMINGHAM, AL–The women’s bracket completely ran chalk at the SWAC basketball tournament this week in Birmingham. On Saturday afternoon no. 1 seed Jackson State will face no. 2 seed Alabama State for the women’s title.

Alabama State held off Southern University on Friday with a 69-60 victory. Jayla Crawford put on a show for her hometown of Birmingham with 22 points to lead the Lady Hornets. Despite being the higher seed, Alabama State pulled off its first win of the season over Southern. The Lady Jags had won the previous two meetings.

The no. 1 seed Jackson State overwhelmed the no. 4 seed Grambling State 65-49 on Friday evening. Ameshya Williams had a monstrous double-double with 24 points and 22 rebounds against Grambling. Dayszsha Rogan, the SWAC Player of the Year, scored 12 points in the win.

The matchup between the top two seeds has the potential to be an outstanding game. During two meetings this season both teams split the series with wins on their respective home floors. Alabama State won a 74-72 decision in January. Jackson State won the last meeting of the regular season with a 64-62 victory.

The women’s championship game can be seen on Saturday at 2:30 EST pm on ESPN 3.