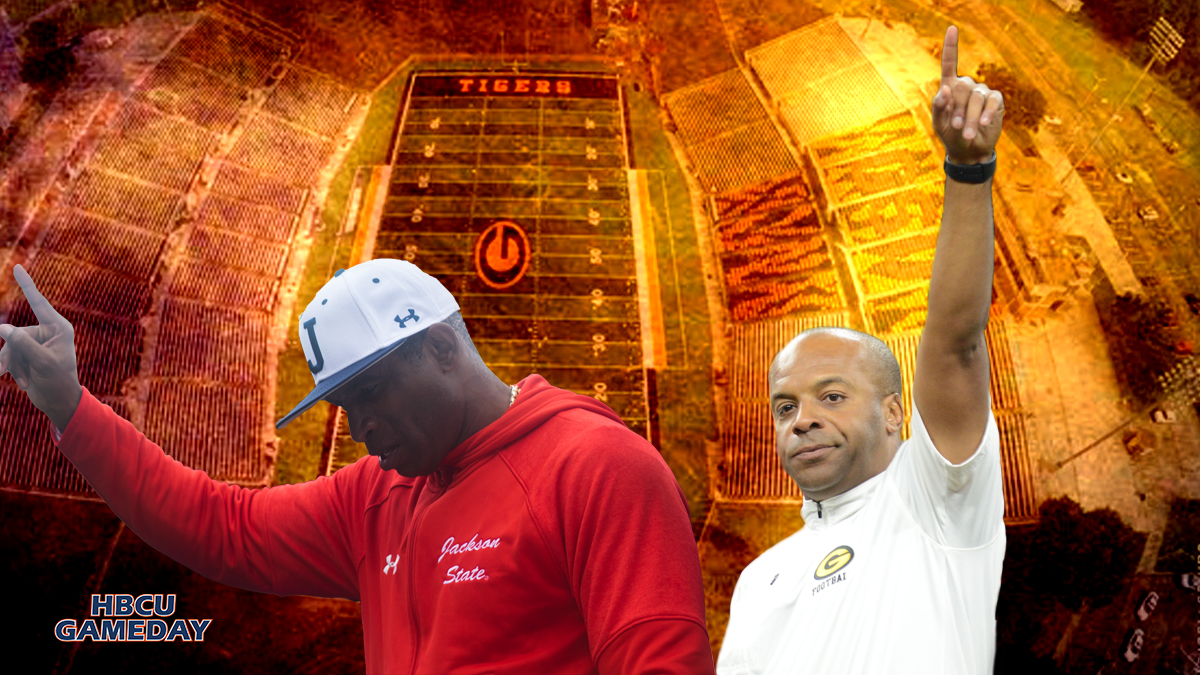 Deion Sanders not the focus for Grambling’s Fobbs

Deion Sanders is getting a lot of attention, but not from Broderick Fobbs.

“We’re not playing Deion Sanders — we’re playing the Jackson State football team,” said Fobbs, who opens the season vs. JSU. “For us, it’s not about the sideshow and all of the other stuff, the bells and whistles. We’ve won a lot of football games here for a lot of years. And the reason why we’ve won those games is because our focus has always remained the same.”

Grambling State and Jackson State are two of the most successful, well-known brands in black college football. Both schools boast a plethora of SWAC Championships, and both schools have produced four Pro Football Hall of Famers.

With all that great history between the two programs, Saturday’s matchup provides its own intrigue and drama due to it being in the spring and Deion Sanders taking over as JSU head coach.

JSU will travel from Mississippi to Louisiana to take on Grambling State in its opener. Both teams were scheduled to play last week, but neither took the field.  JSU saw its game with Mississippi Valley State postponed due to a positive COVID-19 test. Grambling’s opener at Texas Southern was postponed as well due to the impact of winter weather at The Cotton Bowl, where the game was to have originally been played.

Of course, JSU does have a game under its belt. Sanders made his debut on Feb. 21 in a home game against Edward Waters College, a blowout 53-0 win over the NAIA squad. Sanders told the media he thought having a game under their belts gave his team an advantage.

The task this week will undoubtedly be tougher than what it was on opening week. It’s a conference game against another FCS opponent. And one that has been hard to beat at home. Grambling has won 16 consecutive home games in “The Hole” AKA Eddie Robinson Stadium.

Sanders is also going up against a coach who has done what he’s trying to do — re-ignite the flame to the fire of a proud football program that has been doused by losing. That’s what Broderick Fobbs did when he took over his alma mater in 2014 following a disastrous 2013 season that included a boycott of a game against Jackson State and involved the firing of Doug Williams. Two years later he led Grambling to an HBCU national title and back-to-back Celebration Bowl appearances, winning one in 2016.

While the media (yeah, including us) have gobbled up Deion Sanders-related content, Fobbs prefers to put the focus on his program.

“That’s really not something I’ve put too much thought into. At the end of the day, my focus is my football team, and making sure we’re ready and prepared and ready to go,” Fobbs said at SWAC Media Day. “Our focus is Grambling State University “

Sanders’ hiring has brought an increased spotlight to HBCUs, particularly the SWAC, from the mainstream media. But while there is excitement in many circles, there is a feeling among others that the attention given to JSU since hiring Sanders is — at best premature, and at worst — undeserved and insulting to those who have gone up the ranks traditionally.

Those fans will undoubtedly be rooting for Grambling to show Deion Sanders that it ain’t sweet in the SWAC. Grambling hasn’t won the conference since 2017, but it will most certainly be a step up for weight class for JSU.

Clearly, the history between the two programs is there. But you get the feeling that a new chapter, exciting chapter is being written.

Deion Sanders not the focus for Grambling’s Fobbs