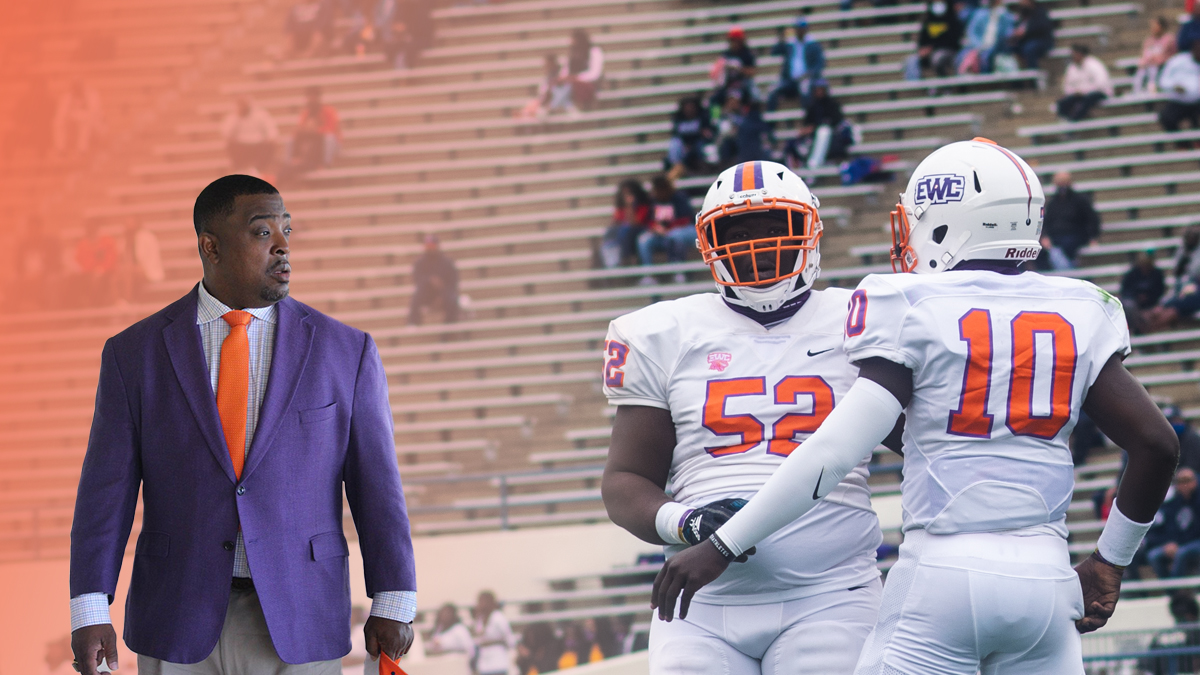 Edward Waters was blown out by Deion Sanders in his coaching debut. Now its coach, Gregory Ruffin, appears gone. But there’s more to it than that.

Less than one week after squaring off against Deion Sanders in his coaching debut, all signs point to Gregory Ruffin no longer being Edward Waters’ coach.

Edward Waters has posted an opening for its head football coaching position online. HBCU Gameday reached out to university officials over the weekend but they declined to comment.

Ruffin has a 5-18 record at Edward Waters since taking over the program in 2017.

His best season at Edward Waters came in 2018, his first season with the program. He guided the team to a 4-7 record. Things were looking up for Edward Waters heading into the 2019 season as the program showed up at SIAC Media Day and announced its intention to join the conference once it completed its move from the NAIA to NCAA Division II. The result was a 1-10 season.

The announced move came with a tougher schedule, consisting of HBCUs at both the Division II and Division I levels of competition. There were matchups against two SWAC programs, Southern and Prairie View, that saw EWC outscored a combined 102-14 in the two losses. It also faced Shaw University, a program that Ruffin had helped re-start as head coach nearly two decades prior.

EWC also took on what it hoped to be future SIAC rivals in Morehouse, Lane, Central State, Miles, Kentucky State, Tuskegee and Savannah State. It went winless against these opponents, though it did nearly knock off Tuskegee at home. The lone win for Gregory Ruffin and his team came against Allen University, a second-year NAIA program that has announced it will be moving to the SIAC as well.

Then, of course, came the 53-0 loss to Jackson State. The game was actually scheduled prior to Deion Sanders’ arrival and set to be EWC’s lone game of the spring 2021 season. Now it appears that it was Ruffin’s last.

The obvious question is the one posed in this headline: Did losing to Deion Sanders cause Gregory Ruffin his job? The answer is almost certainly no.

No one who knows anything about HBCU football, or non-Division I football in general, expected anything less than what Jackson State did on Feb. 21. Edward Waters is an NAIA school, which means it can only offer a maximum of 24 scholarships. JSU is an FCS school, which gets up to 63 scholarships.

The JSU game offered EWC what money games against FBS teams offer HBCUs: some money for the school and an opportunity for exposure for its student-athletes. Especially once Deion Sanders was hired at JSU.

“We didn’t see this happening. What they’re doing here is phenomenal. But this gives our kids a chance to play at the big stage,” EWC Director of Athletics Dr. Paul A. Bryant told HBCU Gameday in Jackson.  “And then also, give them the opportunity to have a little air time.”

The game was aired on ESPN3. Speaking with Dr. Bryant as the final seconds of the blowout loss ticked down the clock, he seemed pretty upbeat about the program’s future.

“We’re going to be ready in the fall,” Bryant said. “We’ve got our new stadium going in and we’re about ready to open up. But we’re going to make sure we have an outstanding recruiting class and be ready for the fall football season.”

More likely than not, Bryant’s fate was already sealed prior to the first snap.