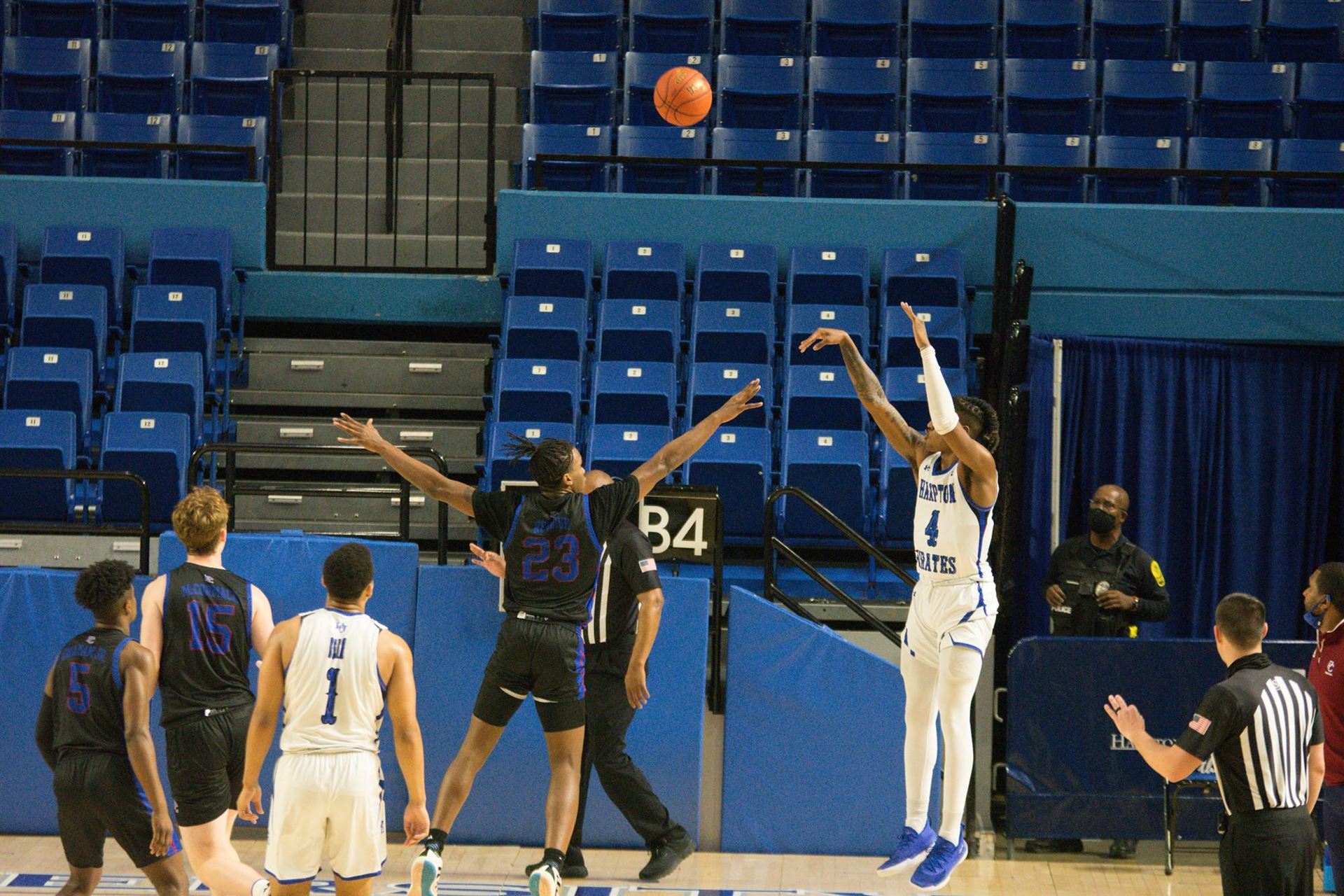 HAMPTON, Va. – Hampton University lives to fight another day, by the skin of its teeth.

Raymond Bethea, Jr. drained a 3-pointer with 2.9 seconds left as Hampton defeated Presbyterian 67-65 in the opening round of the 2021 Hercules Tires Big South Men’s Basketball Championship on Saturday.

The win for Hampton (11-13) puts them on the road to second-seeded Radford on Monday night in the quarterfinal round.  Radford took a pair from Hampton in the Dedmon Center during the regular season.

Presbyterian (7-15) took its first lead since 3-2 on a three-point play by Owen McCormack with nine seconds left for a 65-64 advantage.  Hampton called timeout and Davion Warren found Bethea on the wing for his go ahead 3-ball.  A last second desperation shot by Rayshon Harrison was off the mark and Hampton advanced.

The Pirates hit a season-high 55% from the field and took as much as a 17-point advantage on a Russell Dean layup with 97 seconds left in the half for a 36-19 lead.  In the second half, Presbyterian went on a 10-0 run to cut the deficit to 38-37 on a 3-point play by Trevon Reddish. From that point, the teams kept the differential under six points for most of the half.

Warren was the leading scorer for Hampton with 19 points and six rebounds, while Dean added 17 and five assists.  Dajour Dickens had 11 points, six rebounds and six blocks, with Bethea adding 11.  Presbyterian was paced by McCormack with 22 points to lead four in double figures.