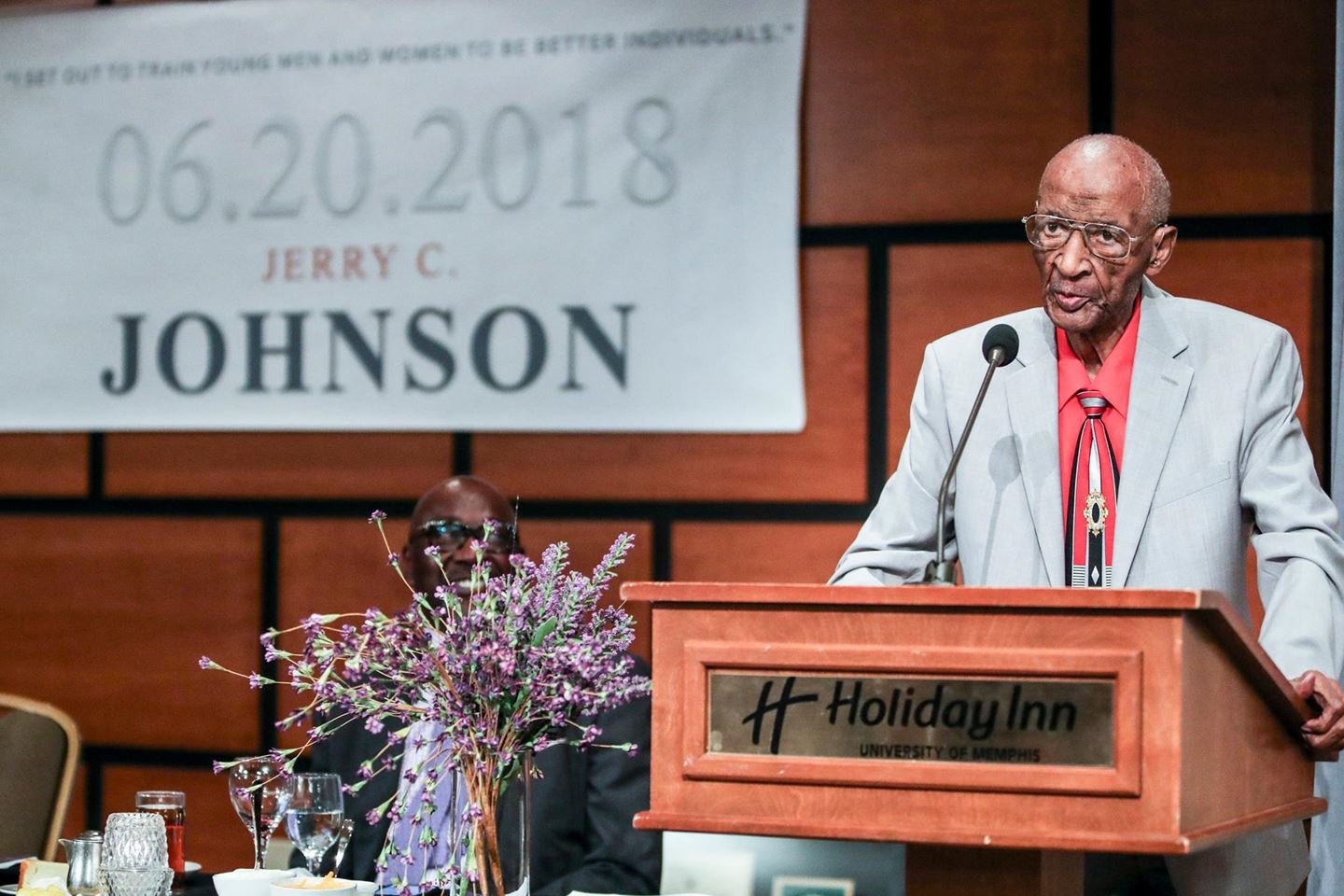 Jerry C. Johnson had college basketball coaching career that was one of the more successful in HBCU and NCAA history.

Jerry C. Johnson, who led LeMoyne-Owen College to a historic Division III national championship in 1975, passed away on Sunday (January 24) at the age of 102 years old.

A native of Tulsa, Oklahoma, Johnson was a football player at Fayetteville State University who learned the game of basketball from North Carolina Central’s former men’s basketball John McLendon who is a two-time Naismith Memorial Basketball Hall of Fame inductee and recent recipient of the NCAA Theodore Roosevelt Award.

Jerry Johnson retired in 2005 as one of only six NCAA coaches over the 800-win plateau.  He coached 821 victories in 46 basketball seasons at LeMoyne-Owen. He was the first black basketball coach to win a Division III national title.

LeMoyne-Owen became the first Historically Black College and University (HBCU) to win a Division III title and remain the only men’s basketball college program in the state of Tennessee, and the only sports program from the city of Memphis, to win an NCAA championship.

He is survived by his son, Jerry Jr.; his daughter, Wandra Haywood and her husband, Samuel, of Gainesville, Fla.; six grandchildren; and seven great-grandchildren.

Details about the funeral arrangements have not yet been announced.