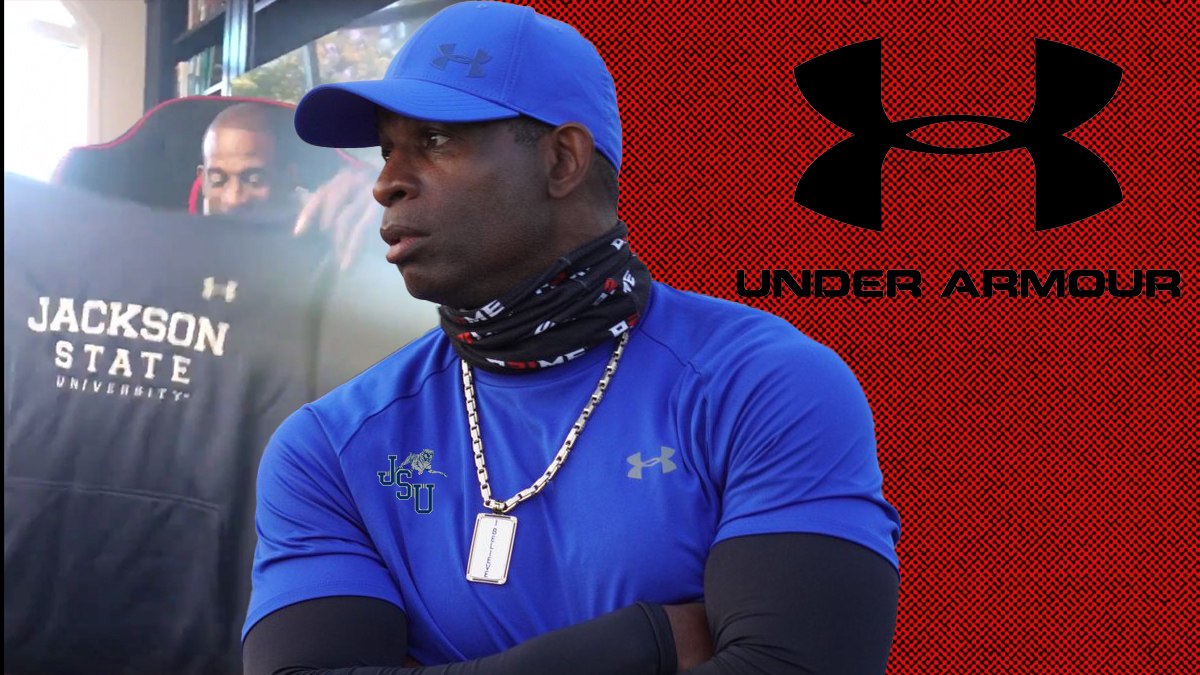 Deion Sanders reveals not one, not two but three new Jackson State football uniforms. Including the coveted red jerseys.

If we know one thing that Deion Sanders is about besides winning — its looking good.

The Jackson State football coach gave a sneak preview of the much-anticipated new JSU football uniforms on Tuesday morning. Sanders showed off white and blue jerseys as well as a red one via his 21st and Prime Instagram.

“Everything goes together, man. It’s just how we feeling that day,” Sanders said, rummaging through the jerseys. “How we feeling? I feel blue-ish today.”

Under Armour-Jackson State brought together by Deion Sanders

New uniforms are always a big deal in 2021, but for the Jackson State program its more than just a new look. The football uniforms represent the start of a re-brand since hiring Deion Sanders as head coach.

JSU was less than three years into a deal with Nike when it began pursuing Sanders last year. Sanders had a strong desire to coach, but he also had strong loyalty to Under Armour.

As one of the faces in the NFL in the 1990s, Sanders was also one of Nike’s top endorsers along with Michael Jordan in basketball and Ken Griffey Jr. in baseball. Eventually things soured between the two and Sanders began a relationship with Under Armour. That relationship was so tight that one of the conditions for Sanders accepting the job was a switch from Under Armour to Nike (first reported by HBCU Gameday).

A switch from Nike to Under Armour would not only involve the football program but JSU athletics as a whole. Of course, Sanders was hired and was not pictured wearing any Nike gear. A few weeks later he announced that JSU was now with Under Armour and the rest is history. Troy Johnson, JSU’s Assistant AD for Internal Operations, later confirmed the move and talked about the benefits of what a direct deal with the company meant for JSU.

Those jerseys are symbolic of Sanders impact on JSU outside of Xs and Os. Very few coaches could have gotten an entire athletic department to switch apparel brands, and helped them get a better deal to boot. Sanders has been hands-on throughout the process of picking out uniforms. He also recognized the importance of re-incorporating red back into Jackson State’s jerseys, something that was introduced by recently deceased coach W.C. Gorden.

The jersey has a clean, solid look, which always goes a long way. But the jerseys are just a part of the overall rebrand of JSU since the arrival of Sanders.