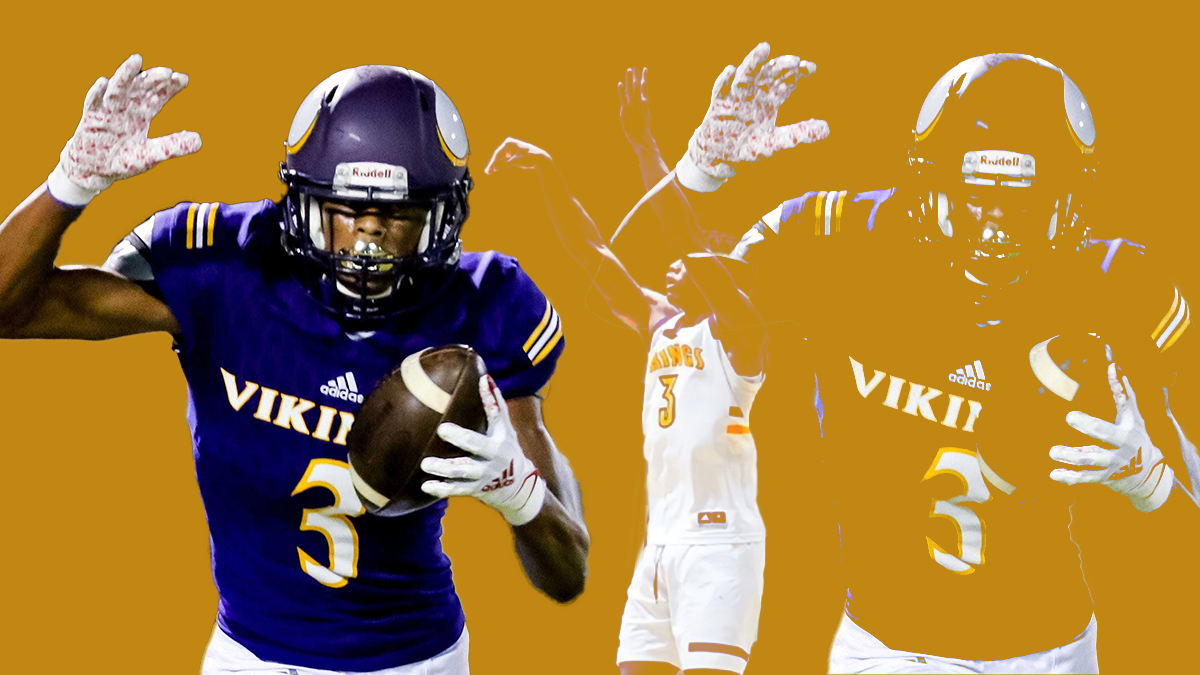 Keon Coleman is a four-star football recruit that just scored 50 points in a basketball game. He’s got three SWAC schools in his top 8.

Keon Coleman is the kind of talent that people are talking about when they say black athletes need to “come home” to an HBCU.

Coleman stars on both the basketball court and football field. He’s been assigned four stars by 247Sports.com as a 6’4, 200 pound receiver at Opelousas Catholic School in Opelousas, LA. He’s ranked as the 40th best wide receiver in the country, and the 12th best player in Louisiana. Friday he scored 50 points in a basketball game and is a Division I-level small forward as well.

At the moment he has three HBCUs in his top eight: Jackson State, Florida A&M and Grambling State. The other five programs he’s considering are all Power Five: Texas, Virginia Tech, USC, Michgan State and Ole Miss. He holds 44 offers in total.

Coleman originally committed to Kansas, but later de-committed. Obviously, Coleman would be a big prize for any of the HBCUs.

Florida A&M has been loading up at the receiver position as it heads to the SWAC in 2021. Former Colorado State wide receiver Jeremiah Pruitte committed to FAMU on Jan. 1. And FAMU is also in the running for Ohio’s Shane “Hollywood” Hooks.

Grambling State is looking to get back on top of the SWAC after taking a dip the last two seasons. The program has put two players in the NFL over the last half decade, including Chad Williams, who was picked in the third round of the 2017 NFL Draft. Its basketball program has been one of the best in the SWAC over last few years as well.

And then there’s Jackson State. JSU had what was declared as the top FCS recruiting class on early signing day in December after Deion Sanders and Co. got off to a hot start. Landing Coleman would give Sheduer Sanders a legit four-star freshman at receiver to start his career. JSU’s men’s basketball program is still trying to put it together, but a player like Coleman would be a nice addition.

Keon Coleman has stated he will announce his decision on Feb. 3. Based off the numbers, there’s a good chance he will be heading to the SWAC come Fall 2021.