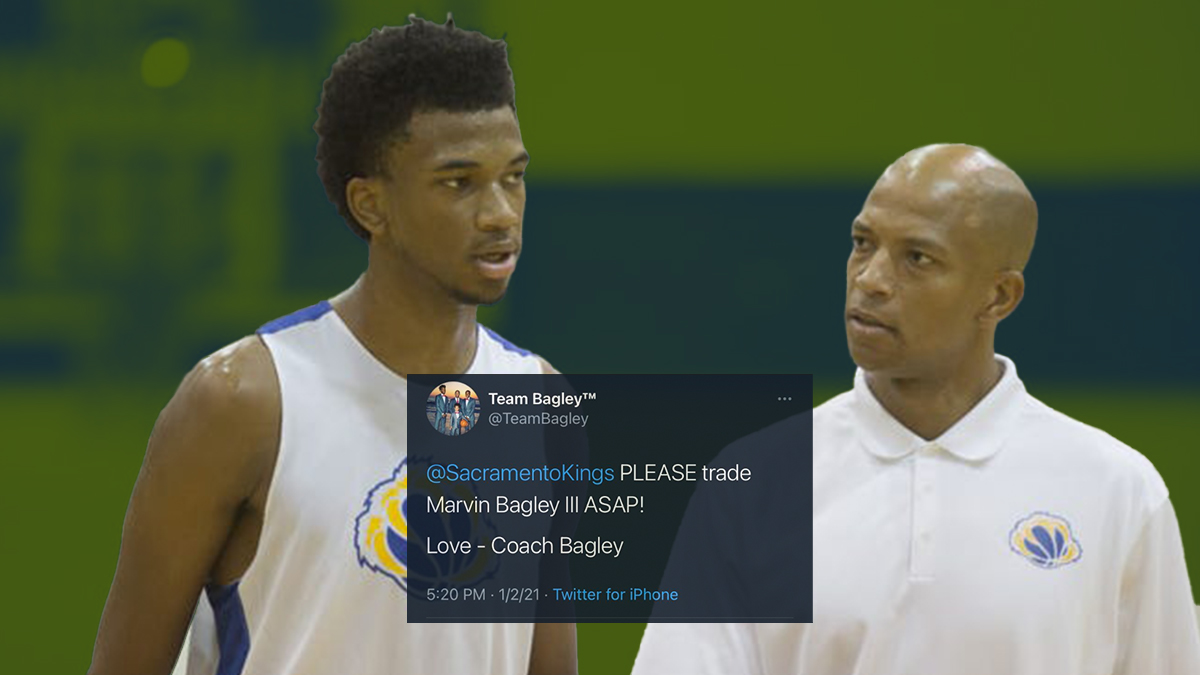 He later deleted it, but it’s 2020 so it’s never going anywhere.

The elder Bagley’s tweet came just after his son sat out the final eight-and-a-half minutes of a recent game against the Houston Rockets. He had four fouls, but never got the opportunity to pick up his fifth one.

The second overall pick in the 2018 NBA Draft out of Duke has had a slow start to the season. Through his first six games, he’s averaging just 11.8 points per game while shooting just 37.5 percent. Those are both career-low numbers. However, his 25 minutes per game are on par with what he averaged his first two seasons when he averaged 14.5 points and shot 48 percent from the field.

Marvin Bagley II played his college football at North Carolina A&T under Bill Hayes. A talented receiver, he went on to play professionally with the Arizona Rattlers, an arena football franchise. He’s remained involved and active in his son’s life — sometimes behind-the-scenes and others…well not so much.”

During Marvin III’s rookie season he publically mocked then-Kings coach Dave Joerger. He then engaged in a social media back-and-forth with Bagley’s teammate De’Aaron Fox. Now he’s asking for the franchise to deal his son.