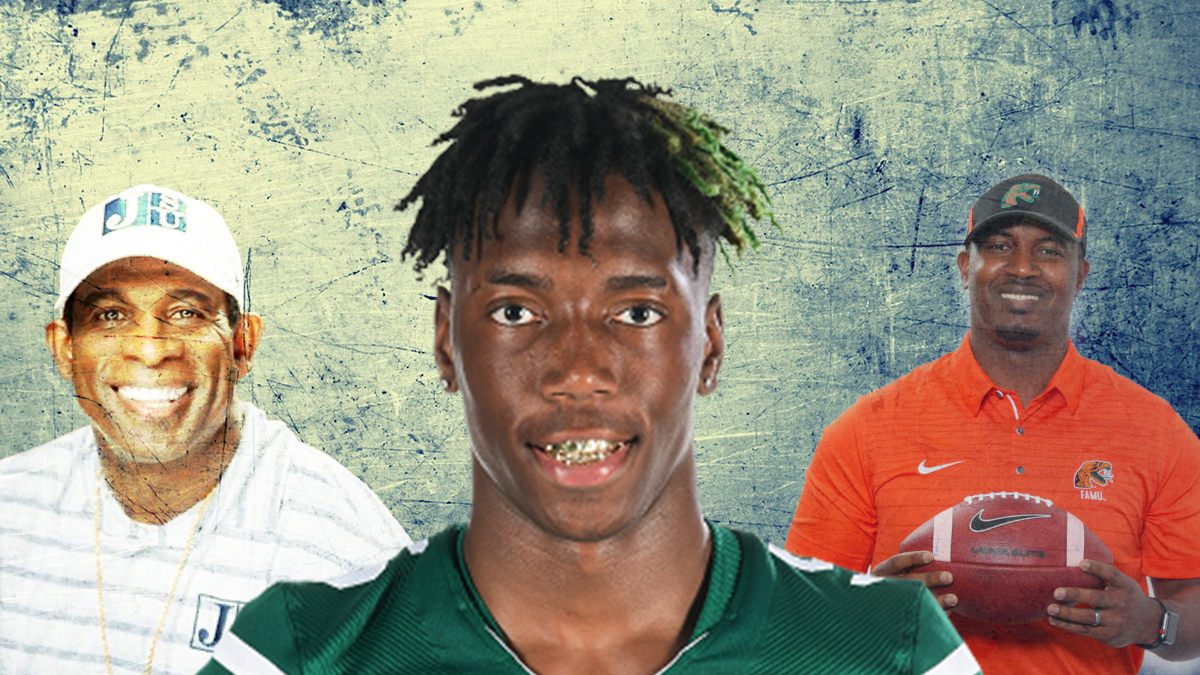 Jackson State and Florida A&M aren’t scheduled to meet on the football field for another nine months. But the future SWAC East rivals are already duking it out for an FBS transfer.

“Nothing but the man above,” Hooks tweeted at 5:21 PM EST. “Blessed and thankful to receive an offer from Jackson State University.”

A cool 65 minutes later, Hooks had another offer on the line.

“Nothing but the man up above,” Hooks tweeted, with the praying hands emoji once more. “Blessed to receive an offer from FAMU.”

Both these offers came just over 24 hours after the Orlando,FL native announced he was entering the transfer portal. He posted an extensive note in which he called his decision to transfer one of the hardest of his life.

Hooks redshirted in 2018 before having a solid 2019 campaign in which he caught 26 passes for 515 yards (19.8 yards per catch) and five touchdowns. He played in three games in 2020, catching eight passes and one touchdown.

Jackson State and FAMU will have competition

JSU and FAMU aren’t the only schools interested in the 6’4, 205 pound receiver. He also has an offer from Texas State, an FBS program in the Sun Belt. He would be a solid addition for either program. JSU, like the rest of the SWAC, is planning on playing this spring while Florida A&M has decided it will not play again until next fall.

Up first on FAMU’s 2021 schedule — Deion Sanders and Jackson State University. There’s a good chance Hooks could be on either sideline in Miami come next September.