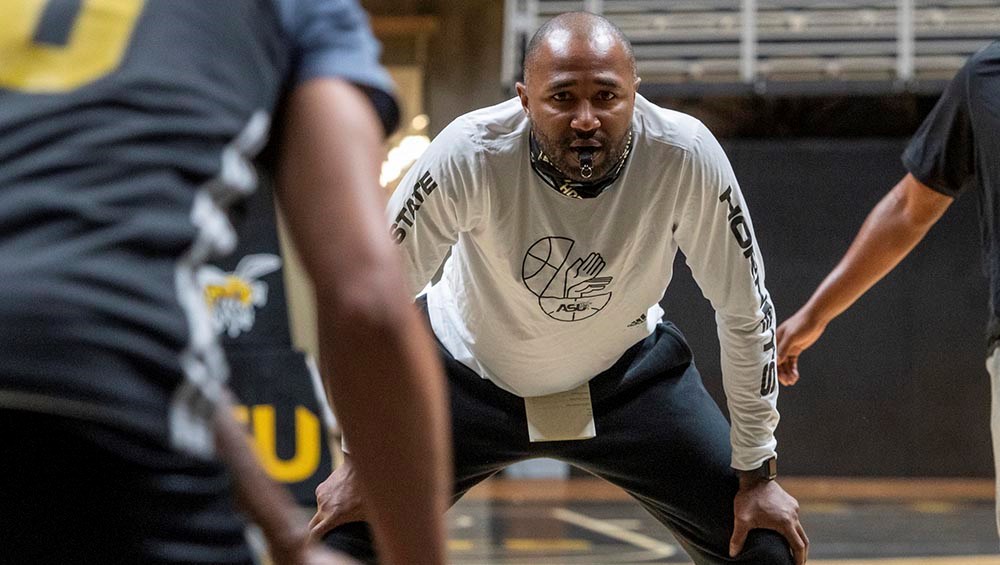 Mo Williams was set to make his national TV debut as Alabama State head coach, but that won’t happen after a positive COVID-19 test.

This is not the start that Mo Williams had in mind for his first coaching season. Then again, little has gone to plan in the last year.

Alabama State announced that new head coach Mo Williams will not be on the sidelines Monday night when it hosts Jackson State.

The SWAC’s opening week of competition saw its share of COVID-related postponements.

Mo Williams not alone as NCCU to pause

North Carolina Central is on pause due to a positive COVID-19 test. It will miss two double-headers. It was set to travel to Tallahassee to face FAMU on Jan. 9-10 and host South Carolina State on Jan. 16-17.

NCCU, the regular-season champions of the MEAC last season, has been hit particularly hard by COVID-19. The program had a positive test prior to its opener against Iowa. After playing its first two games, it lost games to Wofford and USC-Upstate and Vanderbilt. It last played against the University of North Carolina on Dec. 12 before having its Dec. 15 game against Charleston Southern postponed.

There will, however, be two nationally-televised matchups of HBCU basketball tonight. Hampton will take on Radford at 7PM on ESPN. That game will be followed by Alabama State’s matchup against Jackson State.