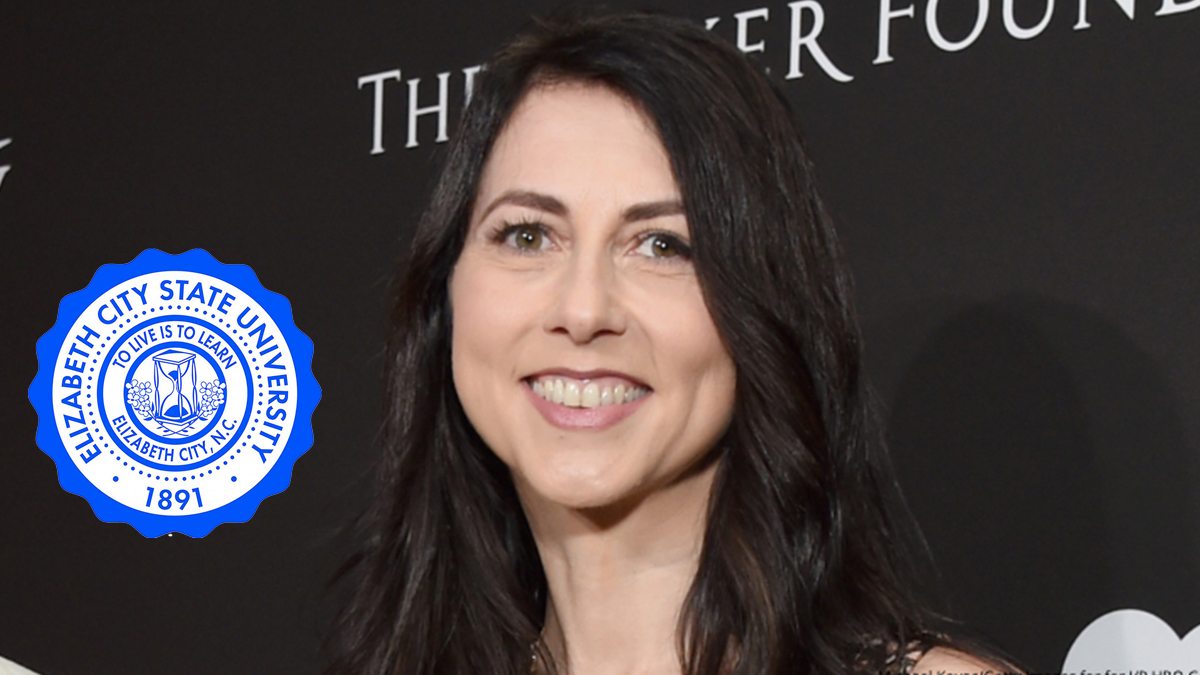 Elizabeth City State University has been gifted a generous donation by author and philanthropist MacKenzie Scott.

“I would like to thank Ms. Scott for her investment in Elizabeth City State University and our mission of producing graduates who are prepared to be leaders and contributing members of society,” said Chancellor Karrie G. Dixon.

“This gift was given to ECSU to support the direction and vision we have for the university,” said Chancellor Dixon. “Ms. Scott’s investment in ECSU recognizes the work we have done, and the plans we have for continuing to elevate this great institution.”

This gift, which is an indicator that Elizabeth City State University is moving in the right direction, will help ECSU support strategic initiatives such as academic excellence, student experience, athletic success, and faculty and staff development.

“Thanks to Ms. Scott’s gift, this affords us the opportunity to improve the institution’s financial footing for long-term stability,” said Chancellor Dixon. “We also will invest in innovative priorities and respond to opportunities that our limited resources and restricted budgets do not allow.”

Elizabeth City one of several HBCUs to benefit

This gift comes on the heels of the almost $1.7 million received from Anna Reilly and Matt Cullinan during the University’s Million Dollar Match Campaign that resulted in $3.4 million in donations to Winston-Salem State.

This donation is part of the latest round of giving by Scott. It’s part of a total $4.2 billion gift to over 384 organizations, including several HBCUs. Prairie View A&M is slated to receive $50 million. Morgan State has $40 million on the way. Winston-Salem State has million coming its way. Dillard University is slated to receive $5 million, the largest in its history as well.

“The pandemic has been a wrecking ball in the lives of Americans already struggling,” Scott wrote in a Medium post. “Economic losses and health outcomes alike have been worse for women, for people of color, and for people living in poverty. Meanwhile, it has substantially increased the wealth of billionaires.”