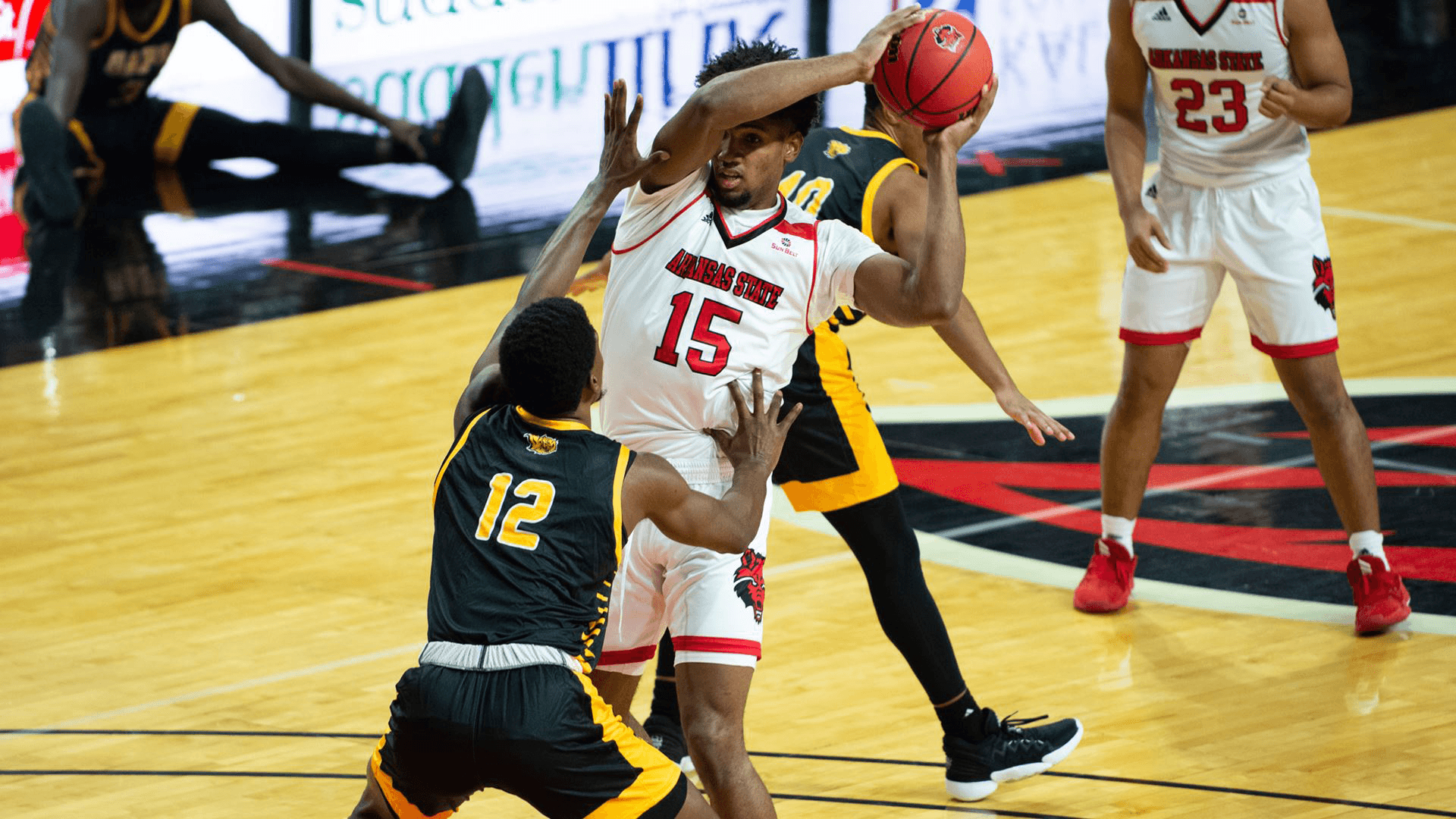 Clutch free throws seal the deal for the Lions.

After the Red Wolves tied the game for only the third time with 3.9 seconds remaining at 74-all, Johnson was fouled in the backcourt. He calmly sank the first free throw to give the Golden Lions the lead for good. He intentionally missed the second, and a three-quarter court heave by Arkansas State missed off the side of the rim at the buzzer to give UAPB its first win over the Red Wolves in six tries in the first meeting between the teams since 2005.

The Golden Lions were clutch at the free-throw line, making 15 of 17 in the one-point win, with season highs in made three-pointers (10), steals (13) and assists (10). UAPB was also smart with the basketball, committing a season-low 12 turnovers.

Arkansas-Pine Bluff never trailed in the contest and got off to a fast start. Sparked by Jones’ boost off the bench, the Golden Lions led 41-31 at halftime.

The Golden Lions withstood an early second-half run by Arkansas State as the margin was cut to three points at 42-39 less than three minutes into the second half. A big jumper by Doss slowed the run helped put UAPB back in control.

The lead stretched to as many as 11 points with just over 11 minutes remaining before Arkansas State made its late push, tying the game twice, but never leading, setting up Johnson’s winning free-throw.