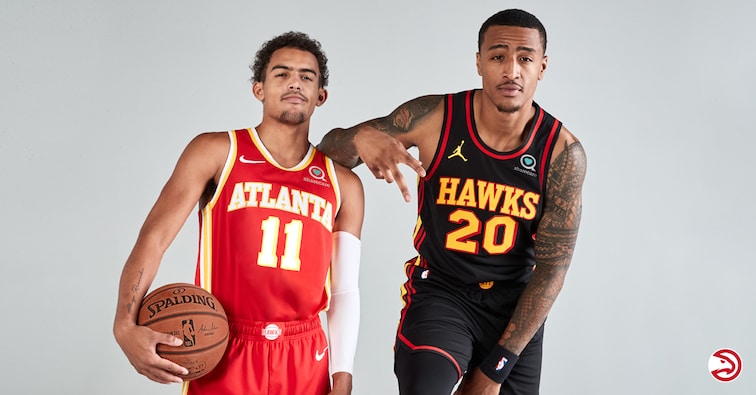 Hawks put their money where their mouth is

ATLANTA—On Thursday the Atlanta Hawks announced that it has agreed to refinance the construction loan for the Emory Sports Medicine Complex with a syndicate of Black-owned banks. The $35 million loan marks the first time a professional sports franchise has had a significant loan underwritten exclusively by Black banks.

The groundbreaking transaction was facilitated with the support of the newly-formed National Black Bank Foundation, which organized a syndication team to structure the deal. Georgia-based Carver State Bank served as the syndicate’s Lead Arranger. By partnering with the Black bank syndicate, the Hawks are both demonstrating that Black banks can compete with money center banks for commercial loans as well as using the Club’s strong credit rating to bolster the capital cushion for Black banks so that they can better serve their traditional customer base.

“Today’s announcement reflects our commitment to putting our values into action–by choosing to work with Black banks and drawing attention to the need for Black banks to thrive as they work toward addressing the lack of access to capital in Black communities,” said Tony Ressler, Principal Owner of the Atlanta Hawks.  “We always strive to ask ourselves how the Hawks can best help those in the community that are already helping others, and today’s announcement is another step in our commitment to use the Hawks as a positive agent of change.  This is both good for the community and good business to empower new and existing Black businesses.”

“The Atlanta Hawks are putting their money where their mouth is when it comes to being an ally of Black businesses, and Carver State Bank is proud to be the lead institution on this historic transaction. By selecting an all-Black bank syndicate to provide this financing, the Hawks are strengthening all of our banks,” said Robert E. James, II, President, Carver Development & Chairman-Elect, National Bankers Association. “What we earn from this loan strengthens our collective ability to provide even more loans and financial services to Black small businesses and consumers, and we are able to show our ability to pull off a large, sophisticated loan transaction. Tony and his team are real allies in the movement for racial equity.”

“Because Black-owned banks are so starved for capital, they’ve previously not been able to compete with major commercial banks or scale to meet the unique needs of borrowers of color, who are rejected for credit at twice the national rate,” Ashley Bell, NBBF general counsel, said. “Because of the Hawks’ leadership and commitment to financial inclusion, Black banks are finally playing in the major league.”

Located in Brookhaven, the 90,000-square-foot Emory Sports Medicine Complex contains the official training and practice facility of the Hawks, the hub of Emory Healthcare’s Sports Medicine program and Sports Science and Research division and the Peak Performance Project (P3). The complex was completed in the Fall 2017.

“The Hawks are not only the first-in-league with this deal, but are the first in all major league sports,” said Ryan Clark, NBBF board member, ESPN commentator and NFL alumni. “Banking black is a simple but incredibly powerful demonstration of professional sports franchise’s commitment to their players and their fans. Now we need other teams to follow the Hawks’ lead.”

Carver State Bank led the syndicate of Black banks, which also included Carver Federal Savings Bank, Citizens Savings Bank, Citizens Trust Bank, Commonwealth National Bank, Industrial Bank, Liberty Bank & Trust, M&F Bank, and Optus Bank.  Under federal regulation, banks can only create credit roughly equivalent to 10 times their Tier 1 capital, which is generated from interest on deposits, banking fees, and the sale of stock. With the support of the NBBF, Black-owned banks are now better able to come together in order to become competitive with major banks, significantly increase the amount of money they can lend, and thereby increase the services they can provide to the communities they serve.

“This partnership reflects the idea of the “genius of “AND” because it makes great financial sense AND has the ability to meaningfully change a community’s landscape.  It was truly rewarding to work with NBBF and our syndicate banks to develop the structure and create the relationships that has already made the transaction a success,” said Hawks & State Farm Arena Chief Operating Officer Thad Sheely.

In minority-majority zip codes, Black banks are often the primary source for fair, non-predatory lending. But since 2001, their numbers have fallen by more than 50 percent. Today, there are just 18 Black-owned banks left, according to the FDIC. The retrenchment of Black banks has created bank branch deserts that have led to historic disparities between America’s banked and unbanked populations. According to the Federal Reserve, 49 percent of Black households were unbanked or underbanked in 2019, compared to just 15 percent of white families.

Comer Capital Group and Dentons acted as financial advisor and counsel, respectively, to the syndicate led by Carver State Bank and they assisted the National Black Bank Foundation.

ABOUT THE NATIONAL BLACK BANK FOUNDATION
The nonprofit National Black Bank Foundation and its investment unit, the Black Bank Fund, were formed in 2020 to uplift Black-owned banks and the communities they serve. Working with corporate and philanthropic partners, the Foundation provides legal, regulatory, and operational assistance to Black banks while the Fund will invest $250 million in direct Tier 1 capital into existing Black banks through stock purchases. Learn more at www.BlackBankFund.com.