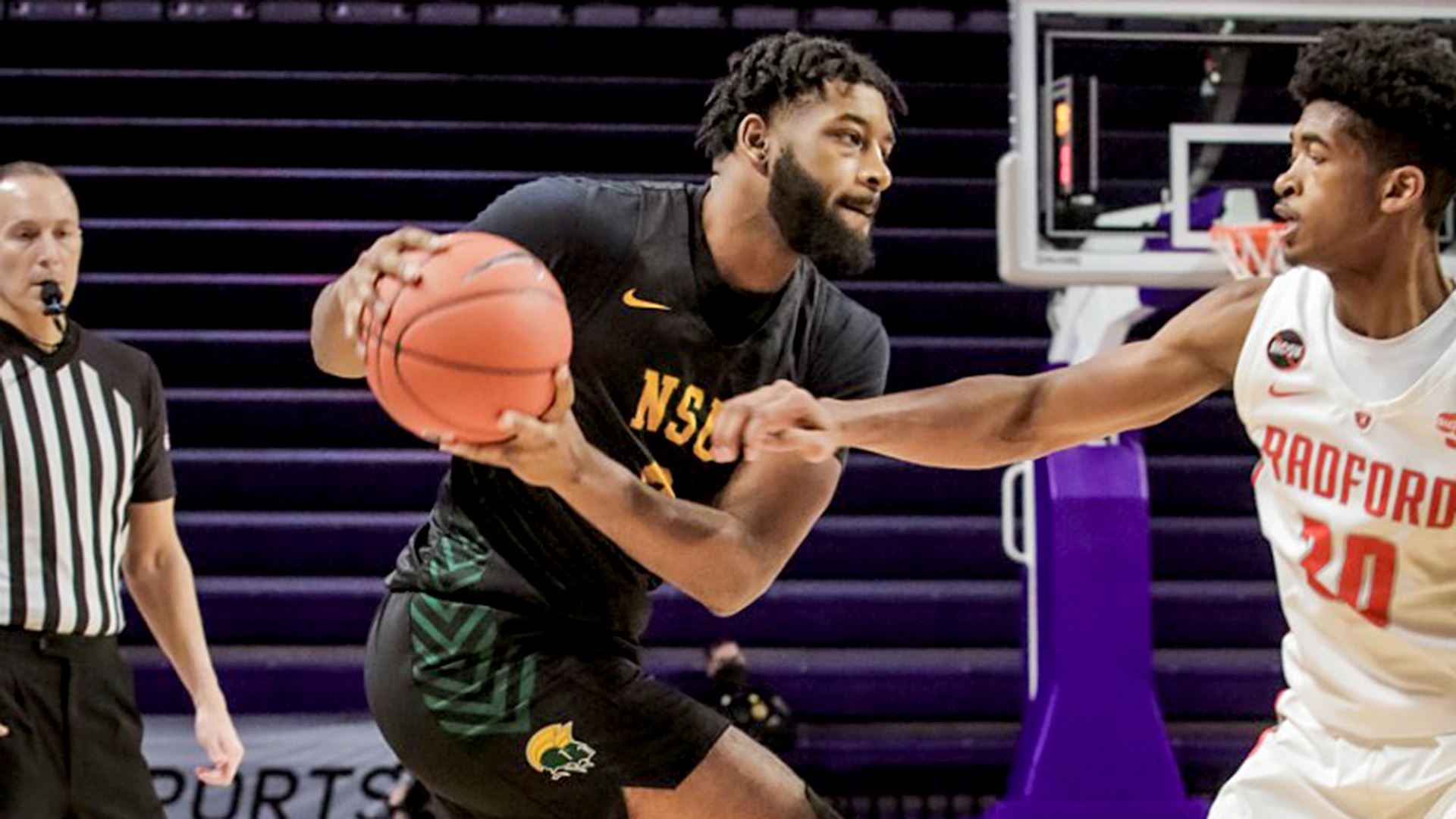 Norfolk State didn’t fall backwards after beating James Madison on Saturday. Instead it beat Radford and turns its attention to ODU.

HARRISONBURG, Va. – Radford gave the Norfolk State men’s basketball team a quick scare near the end, but the Spartans would not be denied in a 57-54 win over the Highlanders on Saturday evening at the Atlantic Union Bank Center on the campus of James Madison.

Radford never led until there was less than two minutes to go in the contest. The Spartans clamped down on defense the entire night, and they did it one more time at the end to pull out the win.

A pair of free throws from senior Mustafa Lawrence and a layup from senior Efstratios Kalogerias, combined with a couple of defensive stops, gave NSU its second straight win over an in-state opponent.

“It was a hard-fought win, and when you’re on the road an ugly win is better than a pretty loss,” said head coach Robert Jones. “We’ve been preaching defense the whole time, and today our defense carried us to the win.”

The Spartans improved to 2-0 on the season after hitting 9-of-18 from the 3-point line. Senior Kashaun Hicks and sophomore Daryl Anderson each went 3-of-5 from deep with 12 points to lead all scorers.

NSU led by as many as 15 at one point before Radford came roaring back. Radford, a member of the Big South, won 21 games last season.

Norfolk State will return to action on Wednesday, Dec. 2. It will host neighboring Old Dominion for the first time in 50 years as it looks to improve to 3-0.