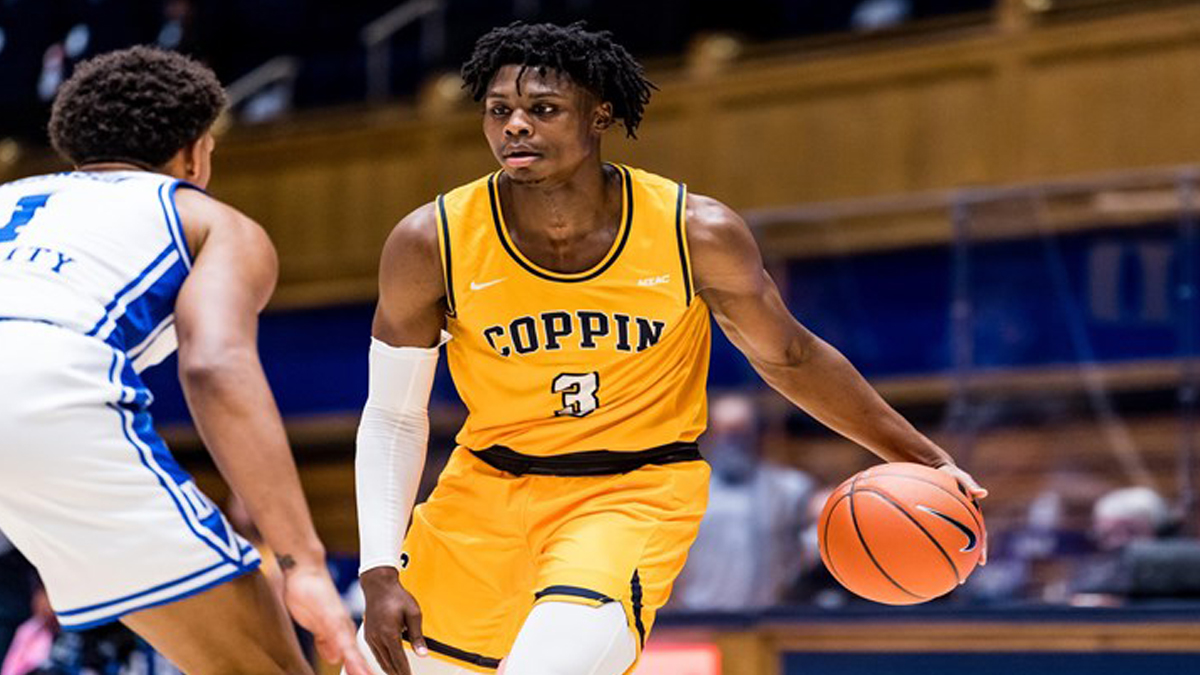 Coppin State gave Duke all it could handle early, and tried to dig itself out of a hole. It didn’t win, but it did put the basketball world on notice.

Coppin State didn’t pull off the upset it hoped, but it definitely earned the respect of Duke’s legendary head coach.

CSU player Duke tight minus a stretch late in the second half, but ultimately falling on the shallow end of a 81-71 score. Afterwards, Duke’s Mike Krzyzewski had nothing but praise for Coppin and head coach Juan Dixon.

“Juan had his team really well prepared,” he said after the game. “They’re old. Their men. It reminded me of Stephen F. Austin last year.”

The Eagles used the 3-point shot to get back in the game, hitting 7 of 16 attempts in the second half. They would cut the deficit to as much as six, twice, but could not climb out of the first-half deficit.

It was the first game of the season for Coppin State. Last year CSU won four Division I non-conference games, the most in program history, in Dixon’s third year. CSU finished in the middle-of-the-pack during the MEAC regular season.

As Coach K noted, Dixon’s team has a veteran feel. Six players on the team are 21 or better. Tarke is 22 while Clayton is 23.

A win by Coppin would have only added to Dixon’s storied history against Duke. While playing at Maryland at the turn of the century, he helped his team win back-to-back games at Cameron Indoor Stadium. His team didn’t leave Durham with the win, but it definitely left with the respect of Coach K.

“In the history of me being here, he’s one of the great competitors that we’ve ever faced and one of the great guys with his Maryland teams,” Coach K said. “And they played with that toughness.”

That toughness plus skill can be a recipe for success for Coppin, both in non-conference play and in the MEAC.