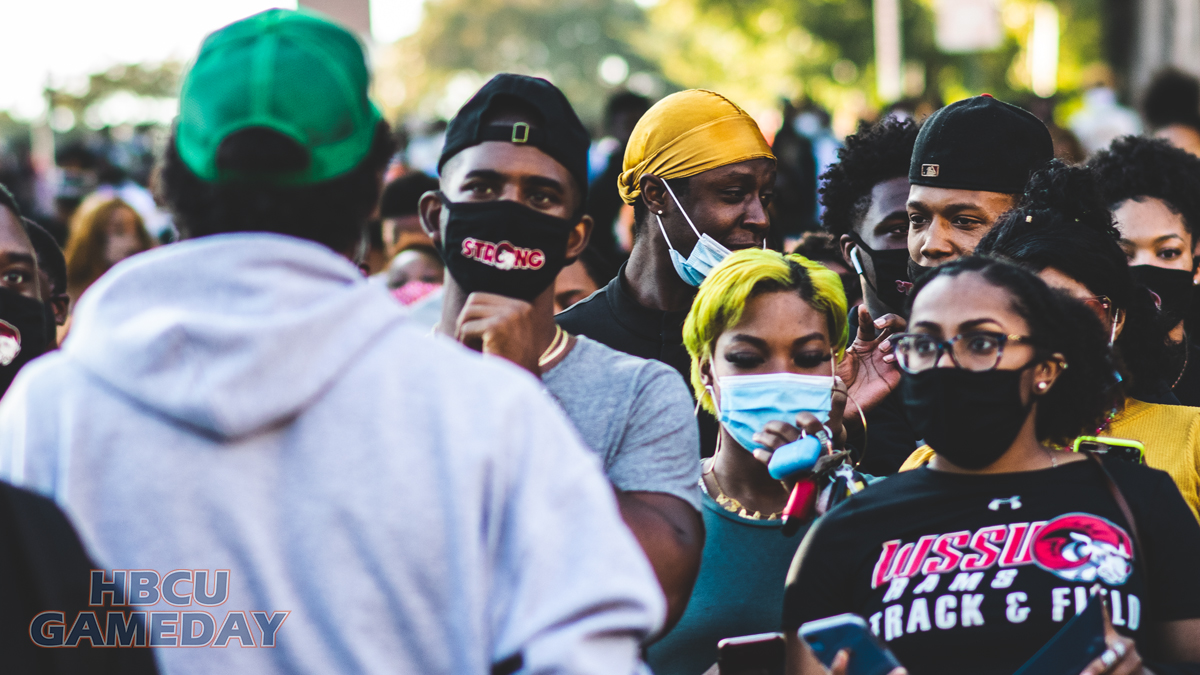 Chris Paul showed up at Winston-Salem State to help motivate people to vote. What he got was a homecoming fit for a king.

Chris Paul was a long way from the NBA bubble on Tuesday afternoon.

The 10-time NBA All-Star pulled up on the campus of Winston-Salem State University to lead “March To The Polls.” The voting initiative brought Paul to his hometown, where he was greeted by a yard full of masked love from students and supporters.

In the middle of a pandemic, a campus unusually quiet due to COVID-19 suddenly came alive. It’s no secret that Paul supports HBCUs overall, but WSSU holds a special place in his heart.

“This is one of the funnest days of my life, to tell you the truth,” Paul told the crowd gathered at the school’s clock tower prior to the march.

Chris Paul on a mission to graduate

Paul played his college ball across Highway 52 at Wake Forest, his hometown ACC school. But CP3 has made sure to show WSSU love throughout the years, long before his HBCU sneaker tour.

Last month, Paul announced he was enrolled at WSSU for the fall 2020 semester. He let the crowd know it wasn’t just for show.

“If I ain’t never have more motivation to make sure I get my degree—I got it now,” he told the crowd. “I plan on walking (graduating). So if your last name is close to Paul, we got’ be lined up one of these days walking across the stage.”

North Carolina is considered a battleground state in the upcoming presidential election. While Paul didn’t endorse or push any candidate, he certainly pushed and endorsed voting.

“I just appreciate y’all being out here. I hope you guys really understand how powerful y’all are as the youth. Like all these group chats and all this stuff like that, y’all really make a difference,” Paul told the crowd. “Y’all impact people, and whether y’all think its cool for me to be out here, hell I think it’s cool for y’all to be out here.”

As Paul was finishing up his first speech to the crowd, he saw a familiar face in the crowd.

For a moment, Chris Paul wasn’t a future Basketball Hall of Famer, he was just a 35-year-old black man back at home.