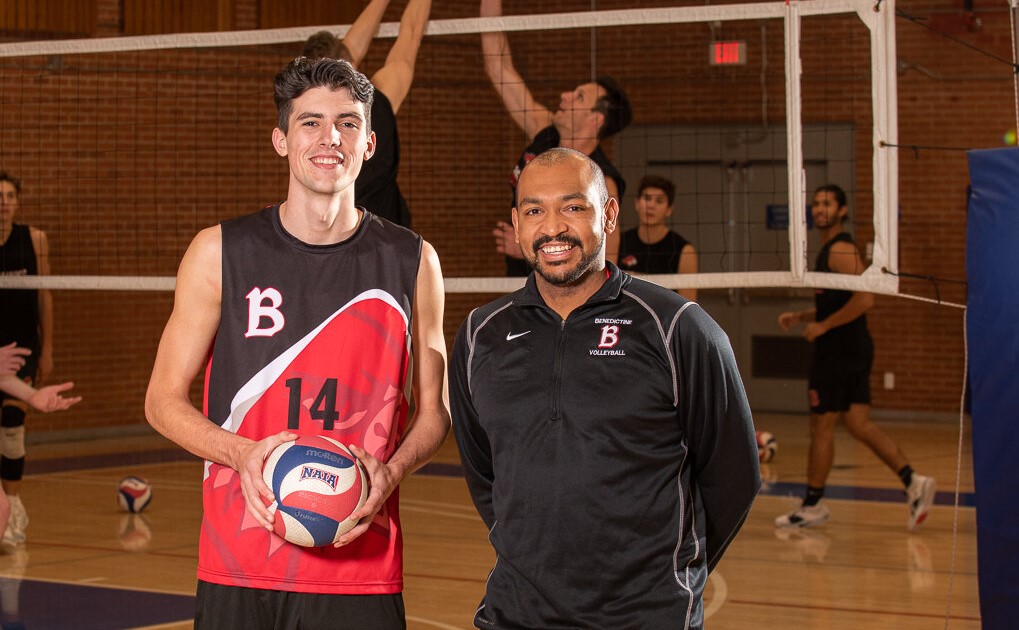 Lewis will coach both men’s and women’s volleyball in Wilberforce.

WILBERFORCE, Ohio – The Central State University Department of Intercollegiate Athletics has selected Ray Lewis to serve as the head men’s and women’s volleyball coach. Lewis will officially begin his duties as head coach on November 1.


“I am thankful for the opportunity to lead a new era of Central State University volleyball,” said Lewis. “It is exciting to be able to coach an up and coming women’s program while building a men’s program from the ground up. With the talent pool available in Ohio as well as a growing interest in the sport, we have a great opportunity to establish CSU’s reputation as a volleyball powerhouse.”

CSU Director of Athletics Tara A. Owens emphasized the importance of the student-athlete experience as part of the selection process.

“We are pleased to welcome Ray Lewis to Central State University. Throughout his coaching career, Coach Lewis has demonstrated his abilities to develop and lead programs to success on and off the court,” said Owens. “We believe Coach Lewis will take our women’s volleyball program to new heights while building our men’s program into a perennial contender. Under his guidance, our student-athletes will flourish on the court and in the classroom.”

Lewis comes to CSU with a national championship pedigree. In his second season as head coach of Benedictine University at Mesa (Ariz.), Lewis guided the Redhawks to the 2019 NAIA Men’s Volleyball National Championship. The team finished 26-4 on the season and featured four NAIA All-Americans and the NAIA Tournament MVP. The Redhawks went a perfect 10-0 in the Golden State Athletic Conference and Lewis was named NAIA and GSAC Coach of the Year.

In his first season as head coach at Benedictine-Mesa, Lewis led the Redhawks to the school’s first ever NAIA National Tournament berth, and his team took that opportunity to finish as NAIA Runners with a 21-9 record a final national ranking of No. 2 in the final NAIA poll.

As an assistant in 2017, Lewis helped the Redhawks place first in conference, ranking as high as No. 9 nationally, while earning the honor to host the school’s first-ever conference tournament.

Lewis also coached the boys’ volleyball team at Mesa High School and earned the honor of East Valley Region Coach of the Year during his first season in 2017. He also assisted with the Arizona Sizzle men’s professional team in the newly established National Volleyball Association (NVA).

Lewis had a successful stint in his home state of Nevada at he high school level, serving as head coach for both the boy’s and girls’ volleyball teams at Legacy High School for four seasons. His boy’s program won a state title in 2014 and finished runners up in 2015. He was named SNVCA State Coach of the Year in 2014 for his state title winning team. He also led the girl’s program to three straight playoff appearances for the first time in school history.

He has also achieved success at the club level, leading his teams to three consecutive top 20 finishes at the Boy’s Junior National Championships. During that span, he sent over 75 percent of his senior club athletes to play collegiate volleyball.

Lewis had a successful playing career at Lakeland College in Wisconsin, helping his team to a runner up finish at the NCVF National Championships. He holds a bachelor’s degree in Psychology from Benedictine University of Mesa. He is currently Level II certified by the USA Volleyball Coaches Accreditation Program.

In concordance with the Southern Intercollegiate Athletic Conference’s decision to suspend all fall sports for the 2020 season, the Lady Marauder volleyball program did not participate in competition in the fall. CSU was 10-22 in 2019 with a 9-9 ledger in SIAC play.