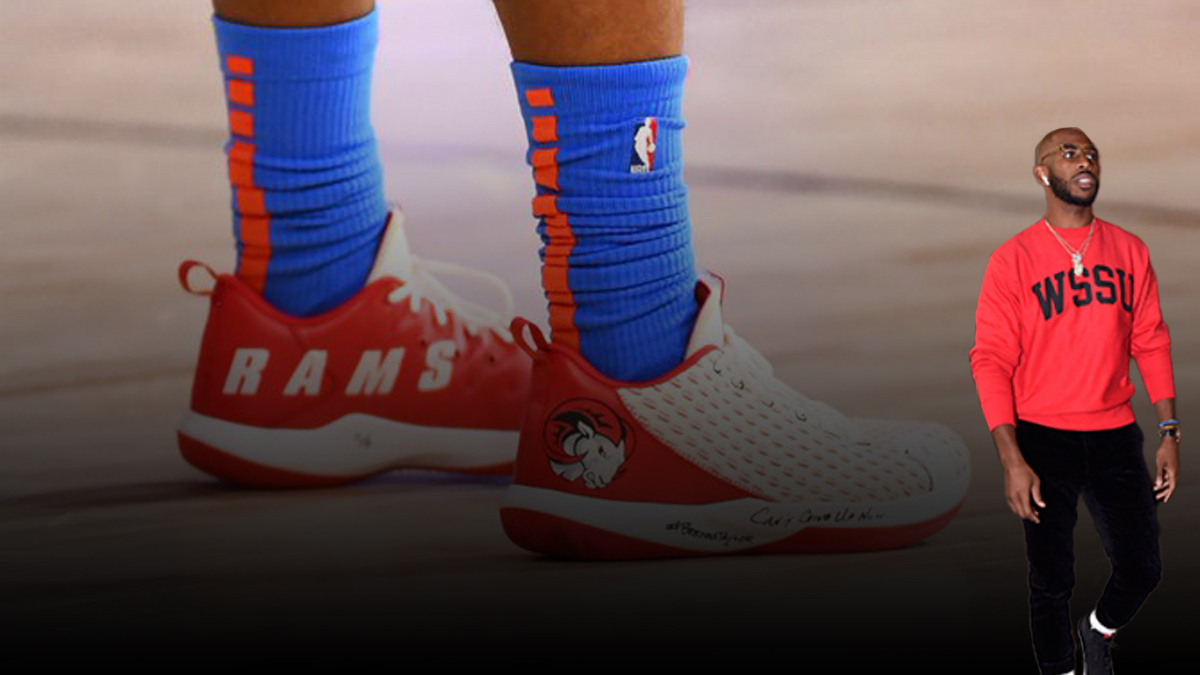 Chris Paul has been WSSU adjacent all his life, now he’s working on becoming a graduate.

First Take’s Stephen A. Smith, a 1991 graduate of Winston-Salem State, was pleased. He thanked Paul for his contributions to HBCUs, which led Paul to spill the beans.

“I know you went to Wake Forest University which is in the ACC, not an HBCU, but your contributions to HBCUs throughout the many many years— in some circles has been well-chronicled — in other circles it hasn’t been chronicled enough,” Smith said. “So I really just want to thank you, my man, I really appreciate it.”

Paul played his college basketball across the highway at Wake Forest, but left to pursue a pro career in the NBA.

Chris Paul has recently made headlines for his “HBCU Sneaker Tour” in the NBA Bubble. The 35-year-old guard wore sneakers representing HBCUs from all over during his recent stint at the NBA Bubble.

But even before his Bubble stint, Paul was showing love and giving back to HBCUs. Earlier this year he announced he had teamed with Roc Nation to start a new course at nearby North Carolina A&T.

His relationship with WSSU goes back even further. His parents attended WSSU, and legendary coach Big House Gaines used to come see him play in high school. Paul brought an entire crew of NBA all-stars, including LEBRON JAMES, to play a charity basketball game in the school’s gym. He’s also donated money through the Chris Paul Foundation.

Now he’s matriculating at the HBCU, which already has two Basketball Hall of Famers in Gaines and Earl “The Pearl” Monroe. It looks like it will soon have three in Springfield.