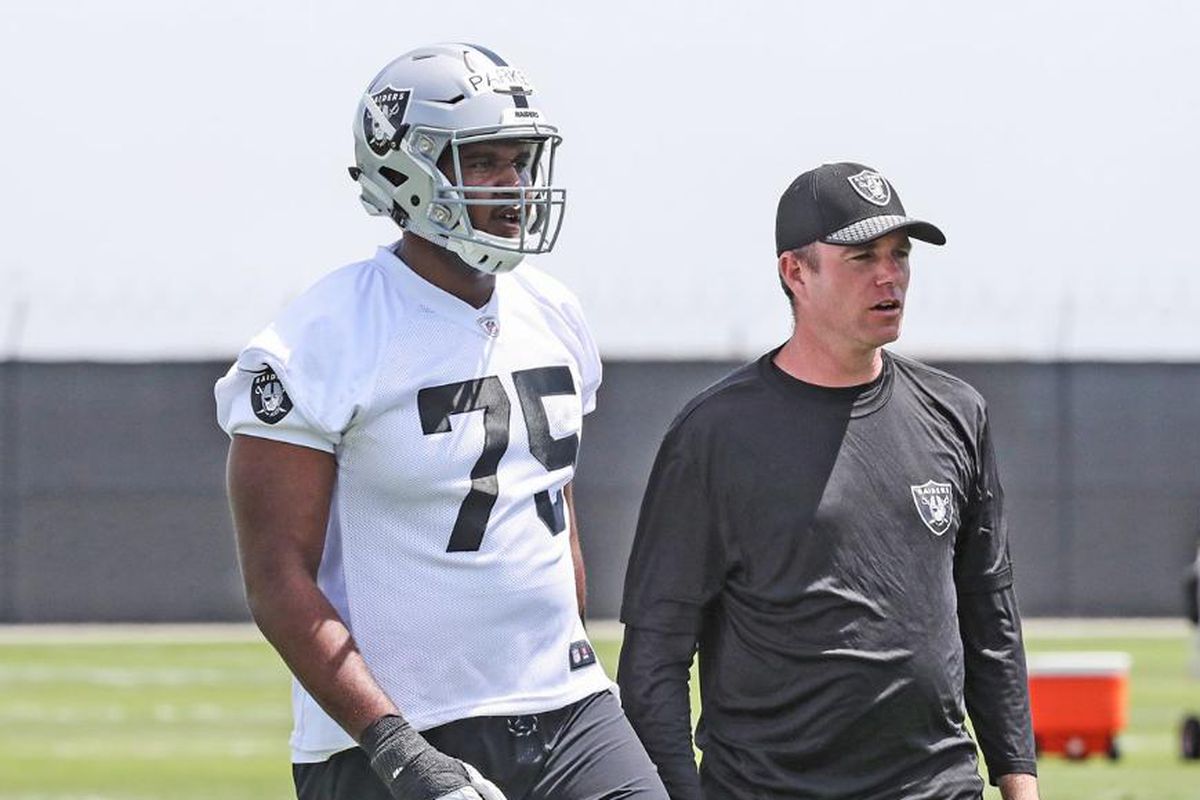 The former star tackle talks about the Aggies future and where it’s headed.

Former North Carolina A&T offensive lineman Brandon Parker is one of the few HBCU alumni suiting up in the NFL season. The now Las Vegas Raider recently joined the Tough Calls podcast to discuss some of the news impacting the black college football landscape.

This year, we have seen several schools depart from the Mid Eastern Athletic Conference for better opportunities elsewhere. While Bethune Cookman University and Florida Agricultural and Mechanical University joined ranks in another HBCU conference, the NCA&T Aggies took their pride to a non-HBCU conference. When asked about leaving the MEAC for the Big South, Brandon became very passionate on the show.

Is the FBS in the near future for the Aggies?

“I love the culture of MEAC, I love seeing MEAC schools play each other for the bragging rights and the homecomings of different teams meeting. Like when we went to FAMU’s homecoming and when Howard came to ours it attracted crowds because we want to be the ultimate HBCU and have all the bragging rights” Parker reminisced.

“So with us going to the Big South, I think that kind of goes out the window now. I think the only thing that could possibly save it is if you have another HBCU in there. Hampton’s already in there, so imagine if Central (NCCU) decides to follow suit and goes to the Big south so then you keep a couple of HBCU rivalries,” he continued.

Brandon Parker does believe that the Aggies could soon climb the ranks to becoming an FBS school sooner than we think.

“I think even though technically we’re on a lateral level as it’s still FCS, I think that is kind of like a 45-degree angle type move it’s not all the way up, but it is gradually up,” he explained.

How will Deion Sanders recruiting affect the underdog athlete

Before leaving the show, Brandon gave several different opinions on Deion Sanders’ move to Jackson State University. He explained how other HBCUs may not be able to compete with the assets he brings.

“I think for some the kids to realize to get coached by one of the best if not the best defensive back/returners in history that’s huge. Like a lot of them will go just because it’s Deion Sanders and not only can you pick his brain for his knowledge of football but his connections in the league are kinda really good too. “

When asked about whether or not Coach Primes’ approach of “going after dogs only” would hurt the typical underdog recruits chances, Brandon had to stop and think.

“I was an underdog with the few offers that I had so that’s kind of the HBCU’s kryptonite, you know? As more and more teams get success do they start chasing those names like the stars? They leave a lot of the hungry guys who just want one chance and take it and blow up like me, Tarik, Bam, Tony.” Brandon boasted.

“Like a lot of us didn’t have a lot of offers so we just have the dog mentality to go in there and get it. So when you start chasing guys who have multiple offers and they picked your school they get a sense of entitlement.”

Brandon Parker also discusses the NFL’s first official HBCU Combine, his stance on the “money game” in black college football, and how it feels playing professional football during a pandemic.