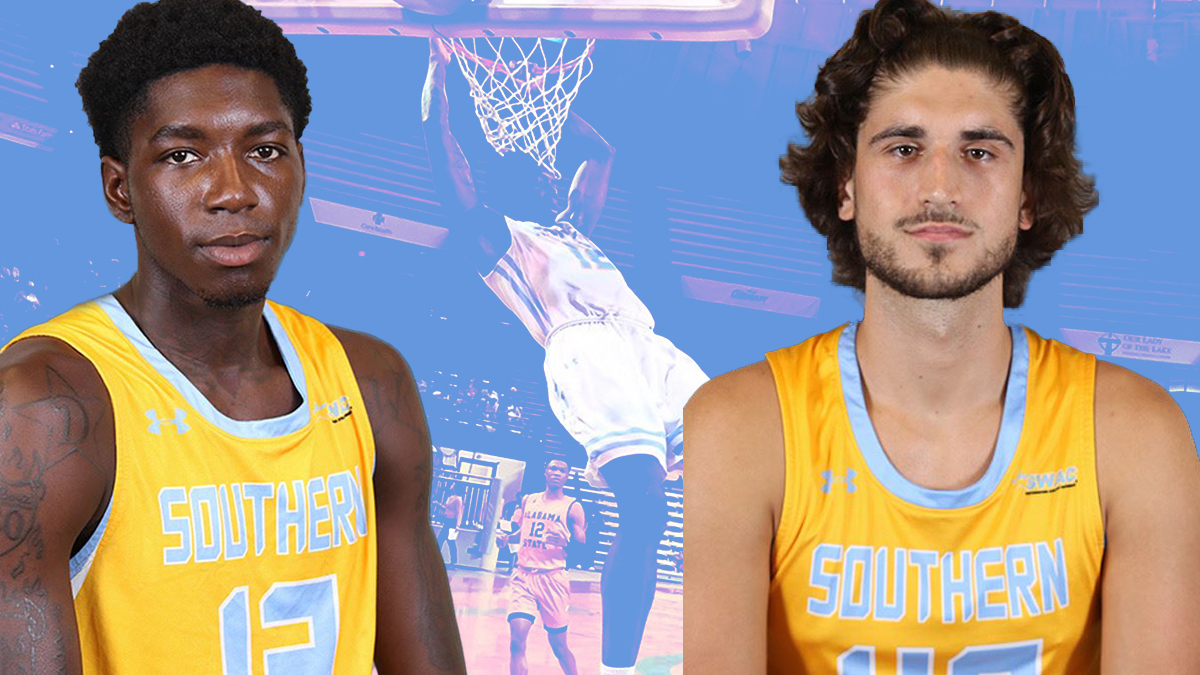 Two former Southern University hoopers have signed deals to play professional basketball overseas.One is headed to Georgia, the other to Kosovo.

“Our entire Southern Basketball Family is happy and excited for Darius and Amel,” head coach Sean Woods said. “What a difference a year made in their lives. Both coming from places where they averaged one point a game to making a significant impact here at SU. Well deserved and so proud of them. Their best basketball is ahead of them.”

Williams was a pivotal contributor, providing much-needed rebounding and athleticism. Helped guide the Jaguars to a second-place regular-season finish and winning the last 14-out-16 games on the season. He averaged 6.5 points per game in 32 games, 6.0 rebounds and 1.6 assists per game. Started 19 games, averaging 25.5 minutes per game. Made 89 field goals shooting 55.6 percent. Had seven games in double-figure scoring and two double-doubles.

Williams has joined BC Cactus Tbilisi located in Tbilisi, Georgia and plays in the Superleague.

Kuljuhovic joined KB Peja located in Peja, Kosovo and plays in the Superliga.

He was a pivotal contributor, providing big post presence, rebounding and the ability to stretch the defense. The big man helped guide the Jaguars to a second-place regular-season finish and winning the last 14-out-16 games on the season. He averaged 8.0 points per game in 32 games and 4.3 rebounds per game.