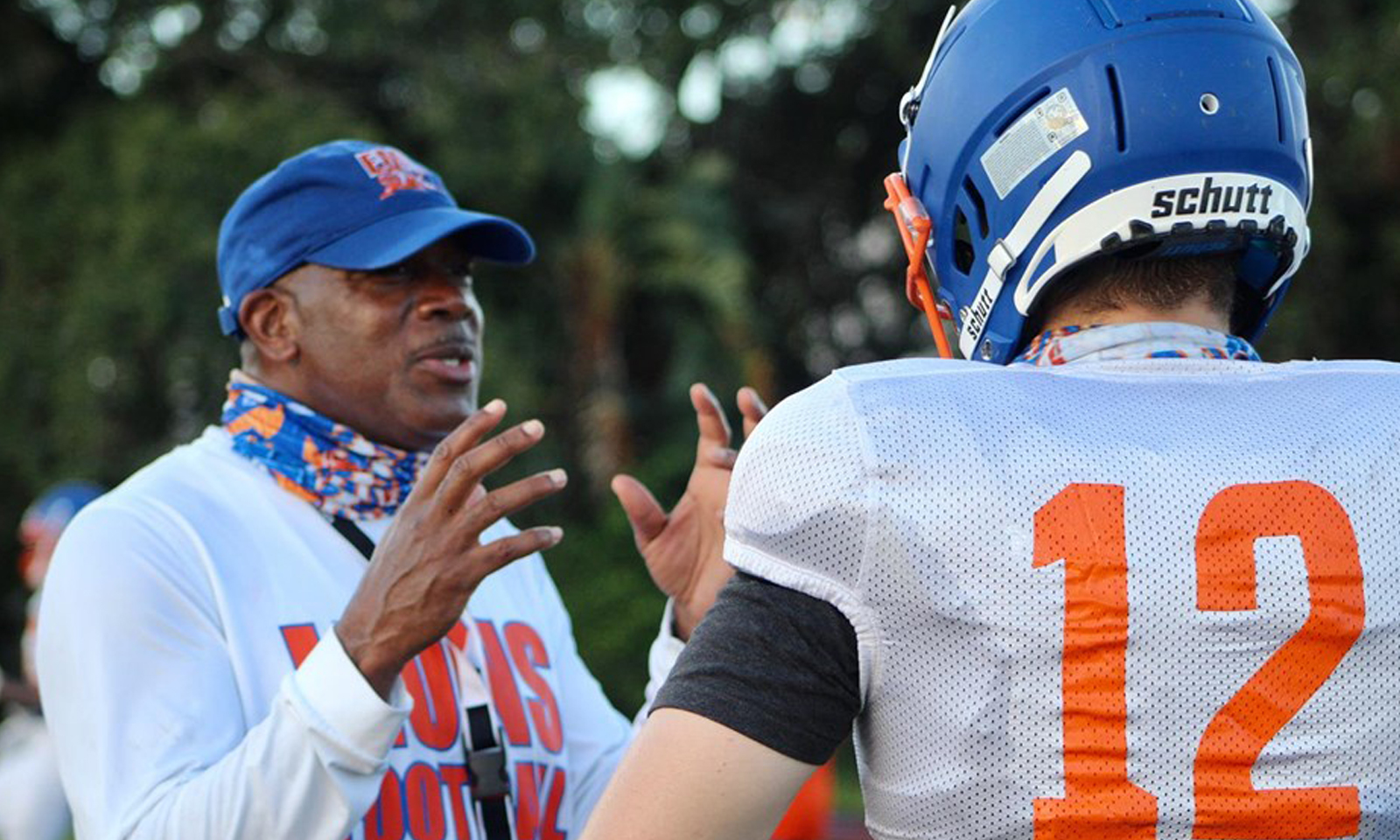 Florida Memorial is the only HBCU football team that will take the field in 2020. Its debut has been 61 years in the making.

The Lions, who will travel to face defending Sun Division (Mid-South Conference) champs and preseason conference-favorite Keiser University this coming Saturday, went through a two-hour practice session that included a few highlight plays.

HIGH-INTENSITY
Since starting their fall camp just under a month ago, the level of intensity of the Lions’ practices have been on a crescendo arc leading up to the start of the regular season.

Even FMU’s coaching the staff was brimming with excitement and energy Wednesday – as multiple coaches yelled and jumped around with the players during pre-practice warmups as Hip-Hop music blared from speakers on the sideline.

“[You’ve] gotta love this,” yelled Lions linebackers coach Sabbath Joseph. “I wouldn’t want to be doing anything else but this.”

Because football – and sports in general – has been pushed to the brink of a possible COVID-19-driven hiatus; athletes, coaches, and all those involved with the sport have been working with what seems to be a new appreciation and energy.

That energy was evident as the players went through individual drills – with audible thuds from players crashing into sleds, the cracking of pads colliding, and the grunts of effort as players sprinted from one end of the field to the other.

LOOKING IMPRESSIVE
One of those highlight plays came from senior running back Crispian Atkins. The 5-foot-9, 200-pound ball carrier took a handoff and darted to his left to get outside, put on a quick hesitation move, then stiff-armed a would-be tackler before the play was blown dead.

Atkins, a Plant City, Florida native, has quickly established himself as a No. 1 type-back – to be expected of a transfer coming in from a Division-I FBS school. Atkins spent three seasons at the University of Miami before electing to finish his collegiate career in Miami Gardens with the Lions and has already shown the skillset that allowed him to amass over 1,600 all-purpose offensive yards his senior year of high school.

EXTRA WORK
While Atkins and the Lions offense had its fair share of success Wednesday, FMU’s defensive coaches apparently weren’t too happy with the performance of the defense.

At the conclusion of practice, the defensive players had to do extra sprints as an admonishment.

It’s commonplace for coaches to have to the players of whichever side “loss the day” put in extra conditioning work, and the Lions’ defense got the short end of the stick Wednesday.