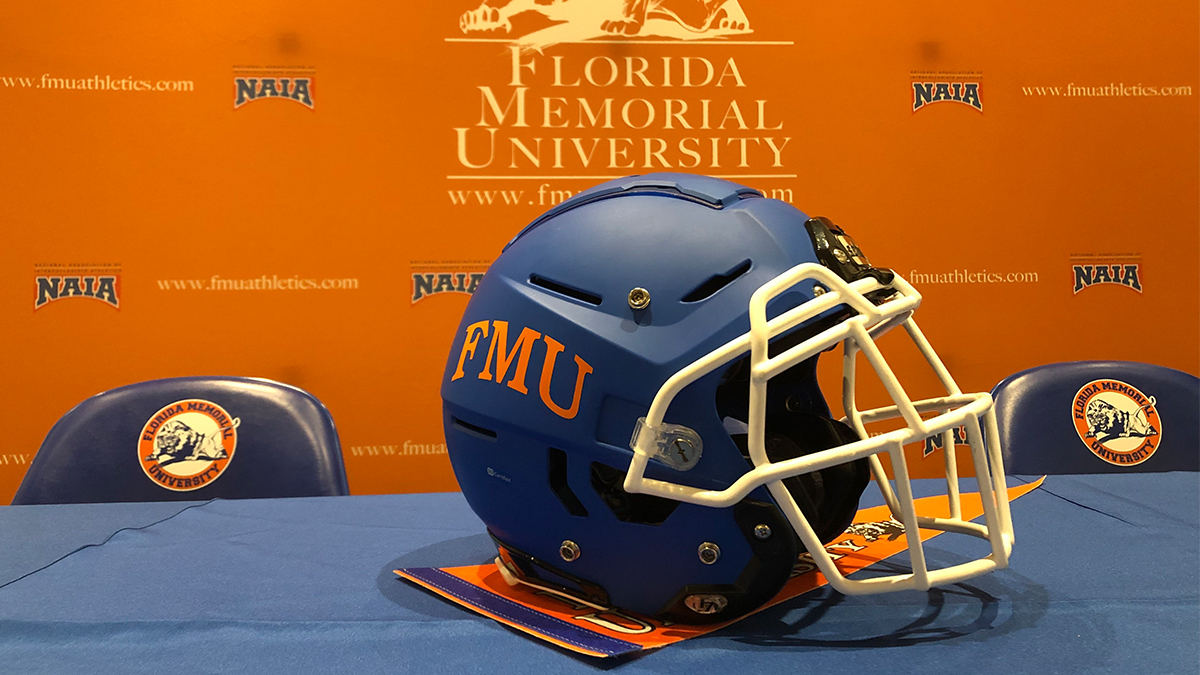 Florida Memorial has its man as it prepares to put a football team on the field in 2020.

Harris will take over as FMU relaunches its football program to begin to play in fall 2020.

The former head coach at Miami’s Booker T. Washington, led the program to three state championships, including 2013 national championships as well as being a three-time winner of the Florida Dairy Farmers Coach of the Year Award.

Harris was introduced at a press conference Monday night by Athletic Director Ernest Jones and FMU President Dr. Jaffus Hardrick. The press conference was attended by FMU supporters, family, and former members of his coaching staff.

There’s a commitment from the fan base when it comes to the support of the new FMU football program. At the press conference, Bernard Jennings presented a check for $1, 000 to the Lions Booster Club and challenged other alumni to give as well.

“Fundraising is the biggest thing that we are doing right now,” Hill said. “Bernard Jennings gave a thousand tonight, and we have other alumni that gave $5,000. We just another fundraising, and we have another fundraiser where all the proceeds will go to football. We want to make sure it[football season] happens, so we are prepared to make sure we raise the money needed.”

FMU athletic staff will look to build the fall 2020 schedule in the spring.

Part of FMU’s attempts to building a powerhouse will include recruiting from South Florida, Harris said.

Harris said one of the challenges will be putting a staff of 10 together due to the procedures set by FMU. He said that he hasn’t started the process of looking to hire staff.

“In high school, I can hire a guy on the spot,” he said. ”He would start working that day. At Florida Memorial, it will be a different setup in terms of the hiring process.”