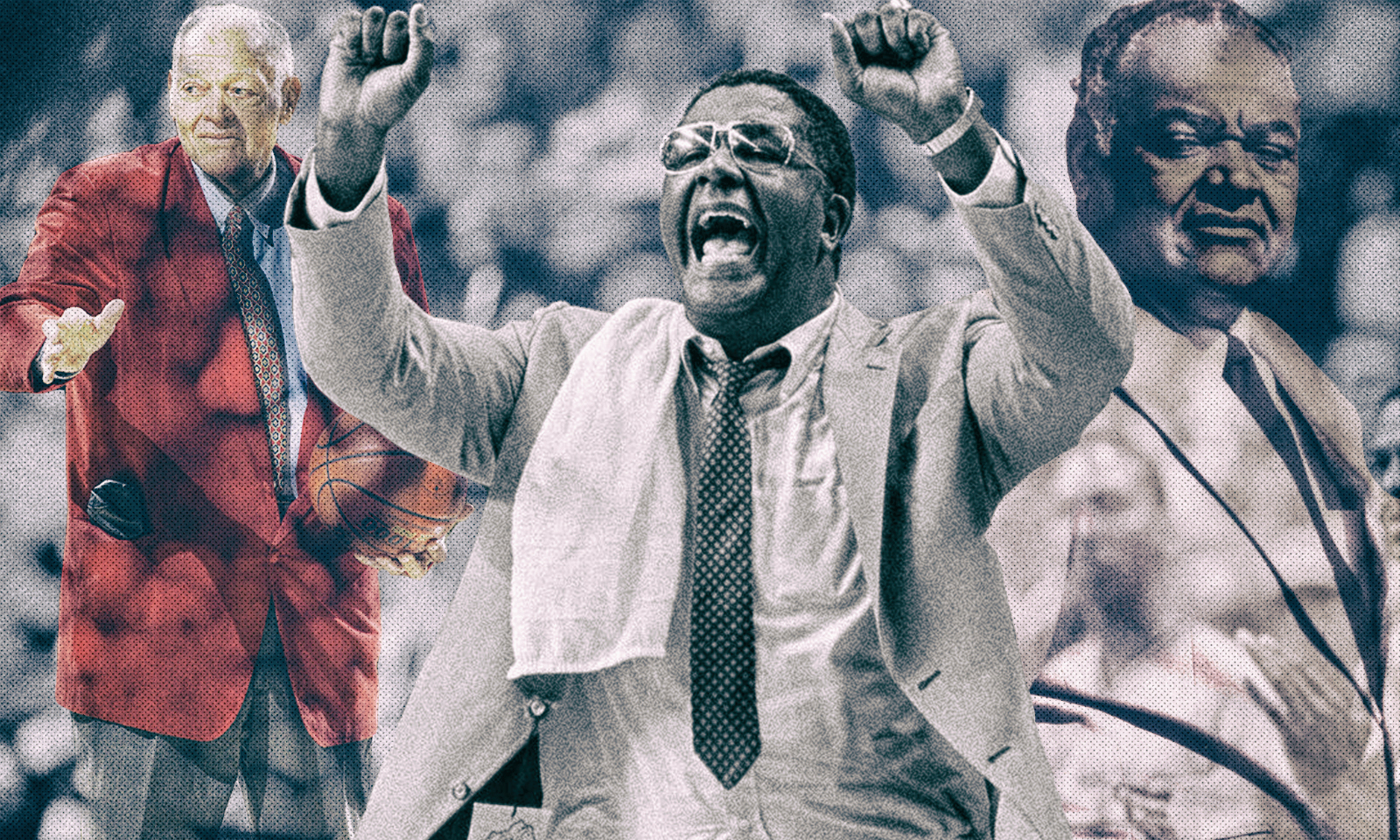 John Thompson broke many barriers as a black coach and had folks thinking Georgetown was an HBCU. It wasn’t but he had love for the legend.

When Thompson spoke of folks that had been qualified but not given an opportunity, there were several names. John McLendon, Dave Whitney and many others come to mind, as well as Thompson’s contemporaries like Ben Jobe and Fang Mitchell. But one coach that Thompson definitely had an affinity for was Clarence “Big House” Gaines.

The long-time Winston-Salem State coach and the now-departed Georgetown coach had a real relationship.

“He had a huge impact on my career and many others whose careers came after mine,” Thompson said after Gaines’ death. “He was a tremendous inspiration and something of a mentor.”

Thompson didn’t play at an HBCU. He went to Providence before a brief NBA career where he backed up Bill Russell. But he knew of Big House Gaines even before he attended college.

“Big House was one of those guys you heard about when you were growing up. It wasn’t the Adolph Rupps; we didn’t know who they were and they weren’t the people who would accept us.”

Two years after John Thompson acknowledged his elders, Gaines spoke up for his protegee. The Hoyas were marching towards the national title, but were also receiving backlash from the media for their “aggressiveness.”

“I can’t speak for John, but I believe that John works very hard at what he’s doing and his kids believe in what he’s doing,” Gaines told the Associated Press. “I wouldn’t care what they say.”

Not only did Big John gain inspiration from Big House, he tried to help him then he could. Johnson C. Smith coach Stephen Joyner Sr. relayed a story about Thompson giving Gaines a heads up about a player his rival was trying to recruit.

“He said to him that this young man is going to be in your league— you don’t want to play against him,” Joyner said on Monday morning.

“It’s rare for a person from the era of segregation to become politically active in the mainstream, go across cultural and economic and racial barriers. But Gaines did that,” Thompson told Sports Illustrated in 1990. “I first heard of him byword of mouth, on the playground. Later, I read about Adolph Rupp.”

When Gaines passed away in 2005, Thompson made the trip down to North Carolina to pay tribute to his friend. He spoke to the crowd at the Lawrence Joel Coliseum Annex, once again giving honor to his mentor.

“Big House is one of the people who made it possible for me to do what I’ve done. “He was one of the men who came before me who took a lot of stuff so I wouldn’t have to.”

“I consider him one of the most special individuals I have ever met in my life.”

John Thompson’s life is now over, just like Gaines’ is. But just like his mentor, Big John Thompson’s impact will be felt on this earth for all time. Both he and Gaines will always be the first black coaches to win the NCAA Tournament at their respective levels — Division II for Gaines and Division I for Thompson.

More than that, though, their legacy includes reaching back into increasingly fractured communities and helping black boys turn into men through education and basketball.

Big House and Big John can now enjoy the game of basketball together from up on high.