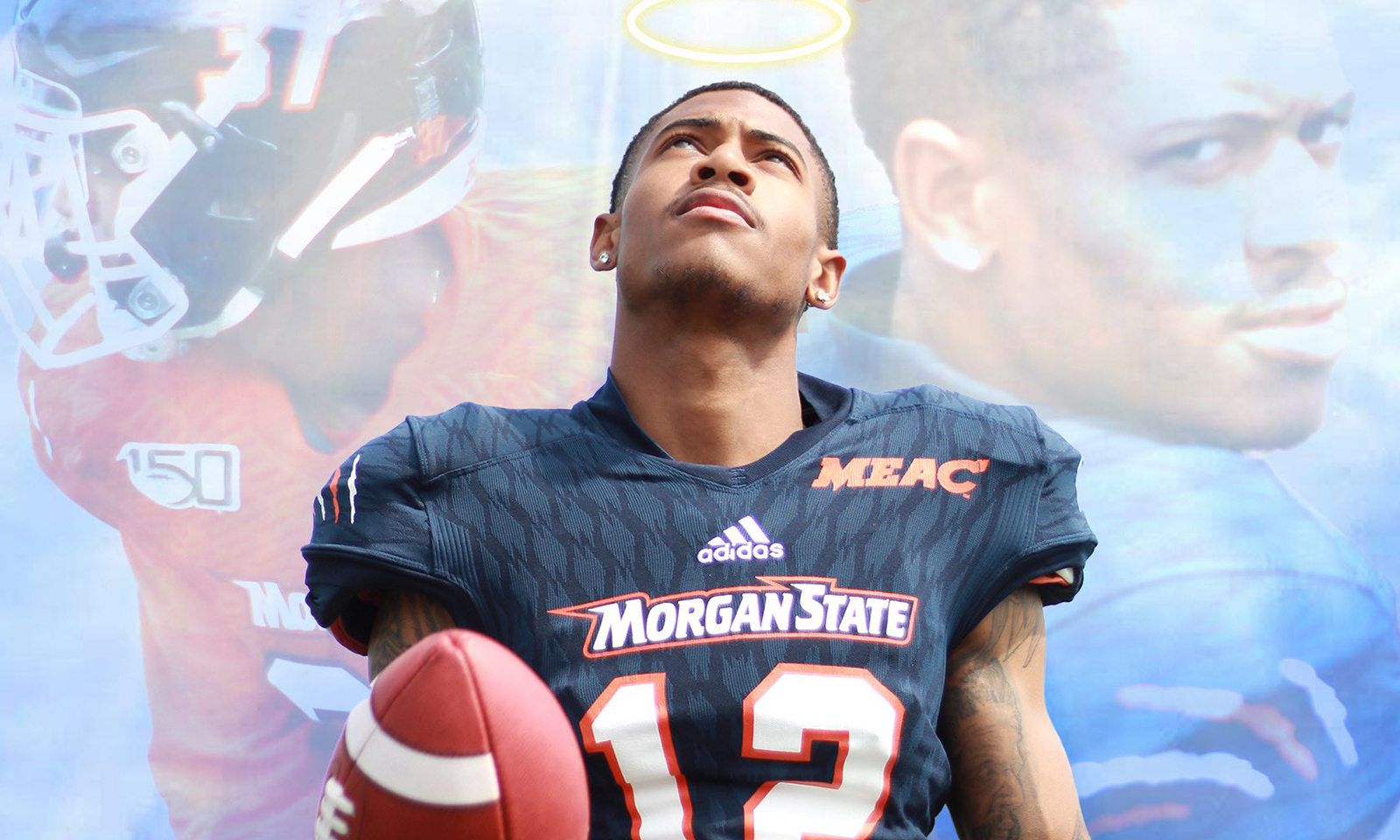 The Morgan State University football program is mourning the loss of one of its own. Jordan Cofield was killed in a motorcycle accident.

Morgan State University is mourning the loss of one of its student-athletes.

Jordan Cofield, a member of Morgan State’s football program, died in a motorcycle crash according to his mother. Chere M. Goode, Cofield’s mother, said her 20-year-old son crashed into the guardrail of I-795 and died on the scene.

According to the police report, it was a single-crash incident involving a motorcycle on northbound I-795 prior to the Owings Mills Boulevard exit at 9:53 p.m on Saturday night.

Cofield played wide receiver and returned kicks for Morgan State. He caught 10 passes for 105 yards and a touchdown. He was heading into his junior season on the field.

“My heart is extremely heavy and my soul is crushed,” Goode wrote.

Good wrote that her son had just moved into his own apartment for the first time two weeks ago.

“He had such a promising future ahead of him. Such a huge loss.”

“It’s a very, very sad day for our football program, we are in shock with the news of Jordan Cofield’s passing,” Wheatley wrote. “Jordan was a tremendous STUDENT-Athlete, great teammate and will be missed by all. We send our deepest condolences and prayers to the Cofield family and his many friends.”