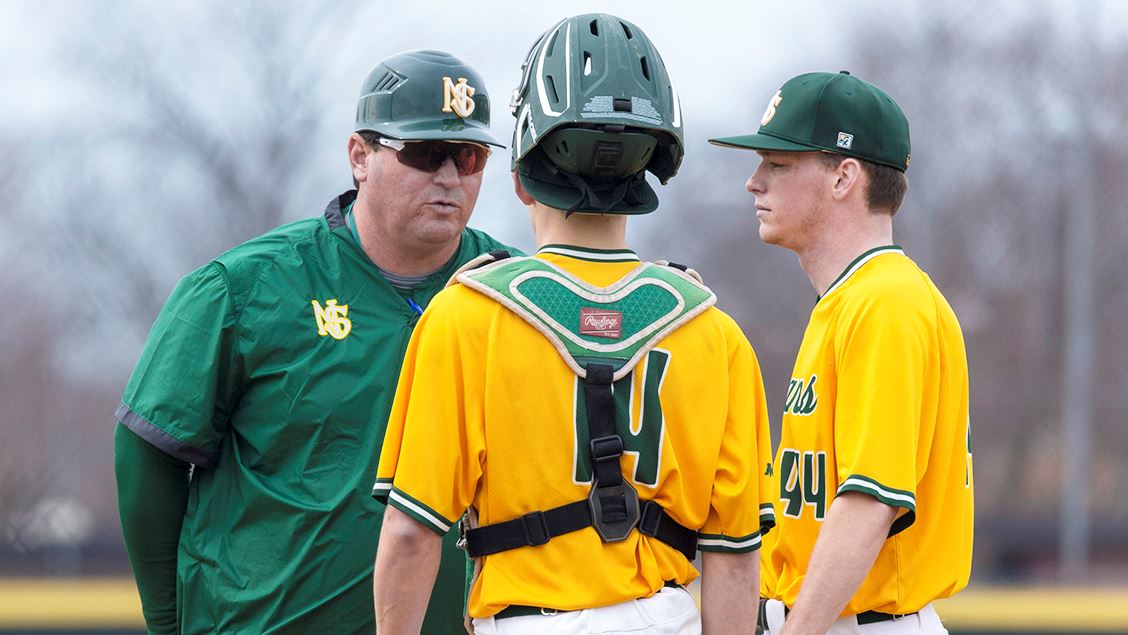 The Spartans pick up eight that will join the diamond next season.

The group includes four pitchers, two outfielders, one infielder, and one multi-position player. Five of the recruits are from the Commonwealth of Virginia with two from North Carolina and one from Maryland. Three are junior college transfers and five are high school signees.

“I am thrilled about our 2020 Spartan class, as I believe they will blend well with our veteran upperclassmen,” Shumate said. “The position beside their names may say pitcher, infielder or outfielder, but it should say ‘ballplayer’ as each one possesses a winning attitude, willing to serve any role to help their team.”

Below is more information on each member of the Norfolk State baseball recruiting class, listed alphabetically.

Kris Artis, RHP, Norfolk, Va./Pitt CC/Granby HS
The Skinny: Artis, who originally signed with Old Dominion out of nearby Granby High, attended Pitt Community College last year. At Granby, Artis was a two-time All-Tidewater and 6A All-South Region selection. As a senior, he was 10-2 with a 1.60 ERA and 54 strikeouts in 48 innings. He also batted .386 with 21 RBIs that season.
Shumate Says: “Kris is an outstanding pitching prospect who can immediately impact our staff.”

Jacob Council, OF, Suffolk, Va./Bryant & Stratton College/Windsor HS
The Skinny: Council spent the past two seasons at Bryant & Stratton College in Virginia Beach. Council batted .336 with five home runs, 31 RBIs and 16 steals as a freshman in 2019. He doubled 11 times and scored 33 runs. Council was hitting .333 with two homers, 16 RBIs and five stolen bases in 18 games before the season was shut down this spring.
Shumate Says: “Jacob is a solid, winning baseball player offensively and defensively. He has a winning makeup.”

Cody Donnell, IF/OF, McLeansville, N.C./Northeast Guilford HS
The Skinny: Donnell was a three-time all-conference performer who was also an all-area selection as a junior. He was also Northeast Guilford’s Offensive Player of the Year twice. In his last competitive season, Donnell batted .378 with a .929 OPS in American Legion play.
Shumate Says: “Cody was overlooked because he had to pitch a lot for his high school team, but his value is an exciting athletic infielder/outfielder who plays hard. He is the kind of hard worker who can thrive in college baseball.”

Nolan Manzer, RHP, Norfolk, Va./Maury HS
The Skinny: Manzer is another area standout who starred at Maury High School. As a junior, Manzer logged a 2-1 pitching record with a 1.50 ERA and 37 strikeouts in 23.1 innings pitched.
Shumate Says: “Nolan has tremendous upside. He has a large frame and is very serious about his craft.”

Raphael Rodriguez, IF, Chester, Va./Thomas Dale HS
The Skinny: Rodriguez was a four-year letterwinner at Thomas Dale who hit .352 as a junior in his last season. He was rated a top 1,000 national recruit and a two-time preseason All-American by the scouting service Perfect Game. He was recently named an Elite Hitter at the Perfect Game 18U BCS National Championship tournament, where he hit .545.
Shumate Says: “Raphy is an infielder with good hands who can play any position. He is a solid hitter with a great eye at the plate.”

Noah Wiggins, RHP, Bowie, Md./Bishop McNamara HS
The Skinny: Wiggins, who stands 6-6, was rated the No. 8 right handed pitcher in Maryland’s high school class of 2020. He was also rated a top 1,000 national recruit by Perfect Game. Wiggins tallied a 2-2 record with one save and a 3.50 ERA as a junior at Bishop McNamara, striking out 27 batters in 26 innings.
Shumate Says: “Noah is a tremendous steal for us, as he projects to do great things because of his pitching ability and off-the-charts makeup.”

Nicky Wohleking, LHP, Kilmarnock, Va./Lancaster HS
The Skinny: Wohleking was a standout pitcher and hitter at Lancaster. As a junior in 2019, Wohleking was a second-team all-state pitcher after logging an 8-2 record with a 1.60 ERA and 88 strikeouts in 56.2 innings pitched. He also batted .404 with four homers and 38 RBIs. Wohleking was a 2020 preseason All-American and top 1,000 national recruit by Perfect Game.
Shumate Says: “Nicky brings immediate pitchability on day one with an attacking style that will be successful at the college level.”