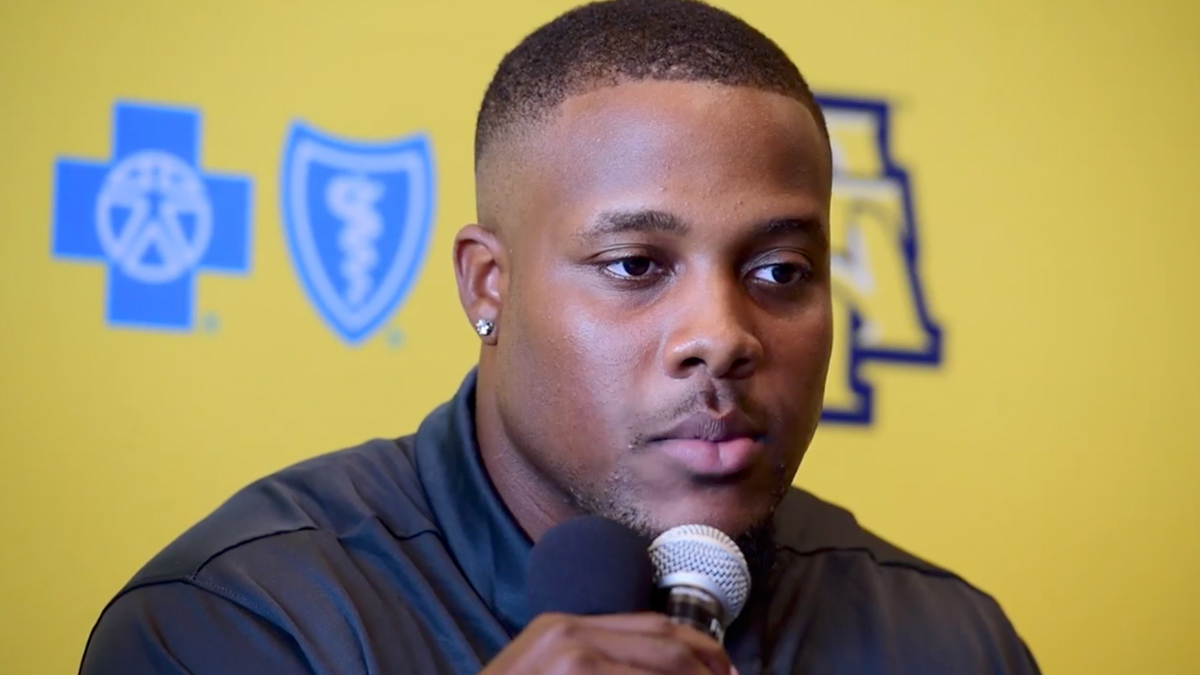 Dontae Keys was a key contributor for the Aggies last season, giving up only three sacks in more than 720 snaps. He’s moved on to the FBS.

A month after leaving North Carolina A&T, Dontae Keys has a new home.

The All-American right tackle has committed to Florida International University. FIU is still planning on playing football in 2020.

“I’ll be taking my talents to South Beach where I will attend Florida International University,” Keys wrote when announcing his commitment. “I want to thank legendary coach, Butch Davis and offensive line coach Joel Rodriguez for giving me this opportunity to make my dreams come true.”

That dream includes the NFL, which is why he left A&T for FIU. A&T has had three NFL Draft picks in the last four years, but Keys circumstances were different.

Keyes announced his decision to enter the transfer portal shortly after the MEAC announced it had postponed fall sports. He was one of several key players in the conference that decided to move on after the news.

South Carolina State defensive tackle Roderick Perry hit the transfer portal and landed in the Big Ten. Considered one of the top NFL Draft prospects in the conference, Perry decided to transfer to Illinois.

Florida A&M offensive tackle Calvin Ashley decided he didn’t want to wait for a possible spring season either. The Auburn transfer declared for the NFL Draft after spending one season in Tallahassee.

Dontae Keys was a key contributor for the Aggies last season, giving up only three sacks in more than 720 snaps. He played mostly at the right tackle spot, but FIU sees him as capable of playing multiple spots on the line.

“As a senior, I expect to dominate any and everything that comes my way,” he told 305Sports. “I plan to increase my draft stock to make my chances of getting drafted better.”