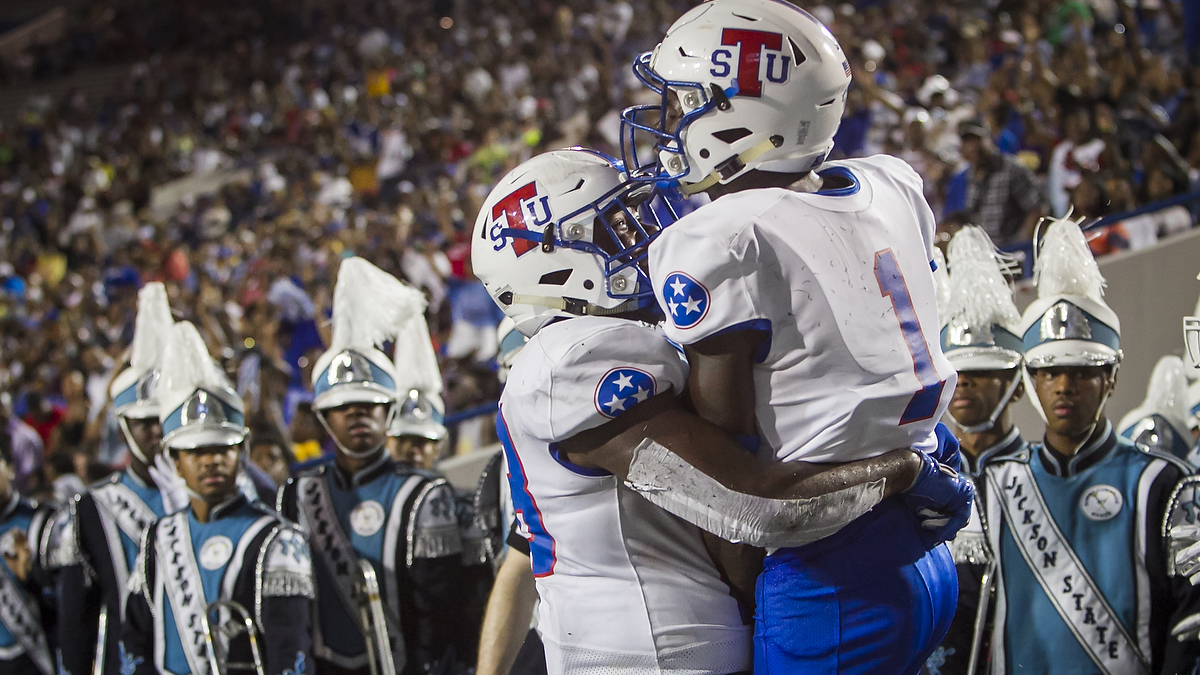 There will be no HBCU football in 2020

Tennessee State’s Ohio Valley Conference postponement means no HBCU football team will take the field in 2020. That hasn’t happened since the 1890s.

Tennessee State’s football hopes are done, and with it, the possibility of any HBCU football in 2020.

The Ohio Valley Conference announced on Friday that it will follow the majority of college football and attempt to move its season to spring due to COVID-19.

“Today, the Ohio Valley Conference announced that conference competition during the fall semester will be postponed due to health and safety concerns related to the COVID-19 pandemic,” TSU Director of Athletics Dr. Mikki AD said.  “The OVC’s intent is to move fall sports’ regular-season competition and championships to the spring.  Though this is disheartening news for our student-athletes, we respect the conference’s decision as it was made to ensure the health and safety of all student-athletes, coaches, staff and fans.”

OVC football-playing institutions that are able to demonstrate a team’s willingness and readiness to compete based on the NCAA’s Resocialization of Collegiate Sport: Developing Standards for Practice and Competition and the NCAA’s mental health guidance are approved to play up to four non-conference scheduled games.

“While we understand there are many student-athletes, families, and communities that are disappointed by the lack of Conference competition this fall, and we deeply share that disappointment; it is the OVC’s ardent intention to ensure seasons postponed are not seasons canceled if the facts support it,” Beth DeBauche, OVC Commissioner, said.

“I want to thank our student-athletes and coaches for their resilience during these trying times, our staff and administrators for all their hard work and planning over the past five months, and the presidents and chancellors for their strong and principled leadership over this outstanding Conference.”

That decision means that, for the first time since before Livingstone and Biddle met in 1892, no HBCU football team will take the field.

The CIAA and SIAC announced that they would postpone the season in early July. Later in the month the MEAC and SWAC followed suit as well. In the following weeks conferences at all levels have made the determination that football would be pushed to the spring — if not until next fall.

There will be no HBCU football in 2020