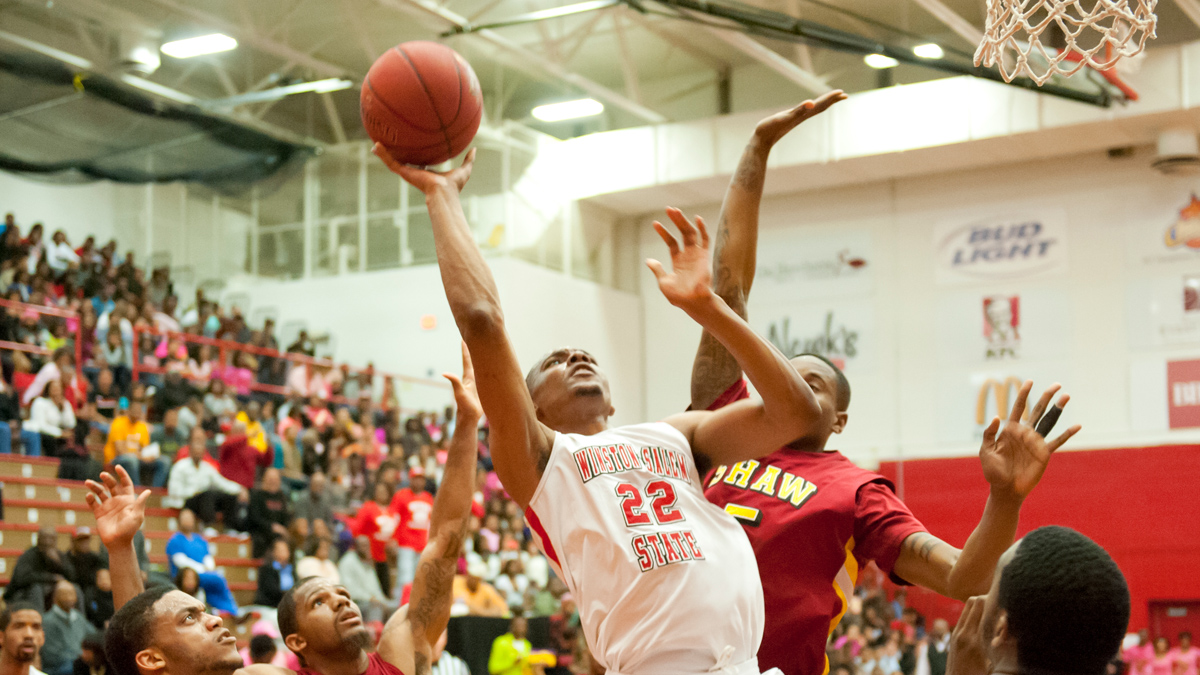 Bobby Collins is hoping to rebuild Shaw University basketball. He’s filling out his coaching staff with a trusted colleague and a former player.

Shaw University made news this spring when it hired former CIAA rival Bobby Collins as its head basketball coach.

Collins has been holding it down solo since March, but the veteran CIAA and MEAC coach has put his staff together. And it includes two familiar names.

The news is expected to be announced later this week.

Bazemore and Spencer have both been integral to Collins career.

Bazemore, the younger brother of NBA vet Kent Bazemore, was a four-time All-CIAA player. His first three seasons were under Collins. He was a freshman of the 2012 squad that won the CIAA Tournament and made multiple NCAA runs.

Bazemore completed his career notching 1,337 points and recording 984 rebounds. He currently ranks third in WSSU history in career rebounds. He had a brief pro career overseas before getting into coaching, joining the staff at UVA-Wise in 2018.

Spencer and Collins go back even further. He served as an assistant under Collins, helping recruit future pro Paul Davis and others during WSSU’s time in the MEAC. He’s served as head coach at St. Aug (2010-2012) and Fayetteville State (2016-2019). Spencer led Fayetteville State to the CIAA title game in 2017.

Now Collins’ former player and assistant are joining him in Raleigh to try to rebuild a Shaw program that fell hard in 2020. After winning three straight Southern Division titles from 2017 through 2019, Shaw won just five games last year and was bounced out in the first round of the CIAA Tournament.