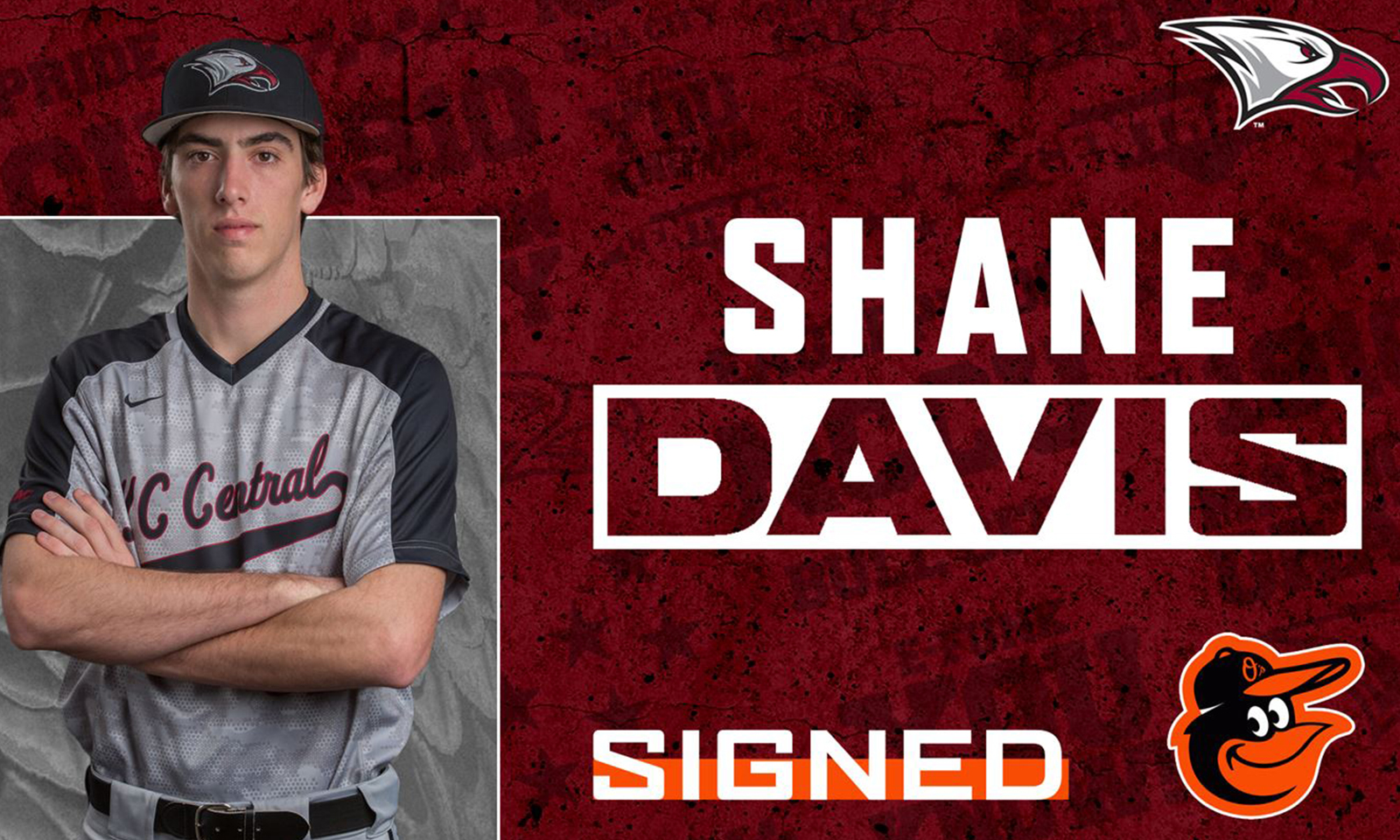 Davis is the second Eagle from the 2020 class to make an MLB roster.

BALTIMORE – North Carolina Central University pitcher Shane Davis (Currituck, N.C.) has become the second Eagle to sign a Major League Baseball contract this year, as the Baltimore Orioles have added him to its organization, the club announced.

Another Eagle in the MLB

Davis is the fifth Eagle to sign with an MLB organization since 2016, and the second in the past few months following Carter Williams (Brown Summit, N.C.) joining the San Francisco Giants.  This is the first time in program history that multiple Eagles have signed with an MLB club in the same year.

“I’m very excited to have signed with the Orioles, and can’t wait to get on the field and represent the organization,” Davis said.  “I loved being at NCCU, met a lot of great people, and had a lot of great times.

“Although my time at NCCU was short, it helped me become more independent,” Davis added.  “It also helped me realize that attention to little details – whether it’s baseball, school, or anything – throughout your day is important.”

Davis had a short but impactful stay at NCCU. He earned a nod from D1 Baseball as the Most Impressive Pitcher of the Mid-Eastern Athletic Conference in the shortened season.  Davis made four starts with a 2.01 ERA, which was the second-lowest among starters on the staff this season, and third-best in the MEAC.  Davis also led the league in opposing batting average at .148, fired the third-most strikeouts in the conference with 28, and allowed the second-fewest hits in the MEAC with 12 over 22.1 innings pitched.

Prior to joining NCCU, Davis made 29 appearances and 20 starts over two years at Bryant & Stratton, and won nine games with two saves and two complete games.  He tossed 191 strikeouts over 135.0 innings with a 3.93 ERA, and was named first team all-region as a freshman in 2018.

NCCU baseball head coach Jim Koerner was highly impressed with Davis during his tenure as an Eagle.

“Shane is one of the fiercest competitors that I’ve had the opportunity to coach,” Koerner said.  “I don’t think anyone is surprised that he has this opportunity.  From when we recruited him to now, he kept getting better and better.

“There’s more growth potential with him as a pitcher,” Koerner continued.  “That makes it exciting to think about where he can be in a few years.  The Orioles are getting a good one.”

The Baltimore Orioles compete in the East division of the American League and, in recent history, advanced to the American League Championship Series in 2014 during a five-year spell that included three playoff appearances from 2012-16.  The Orioles have three World Series championships, with the last one coming in 1983, following a 98-win campaign.

Baltimore’s minor league system is comprised of: the Norfolk Tides in Triple-A, the Bowie Baysox in Double-A, the Frederick Keys in Class A-Advanced, the Delmarva Shorebirds in Class A, and the Aberdeen IronBirds in Class A Short Season.  The Giants also have a rookie outfit in the Gulf Coast League, and two in the Dominican Summer League.