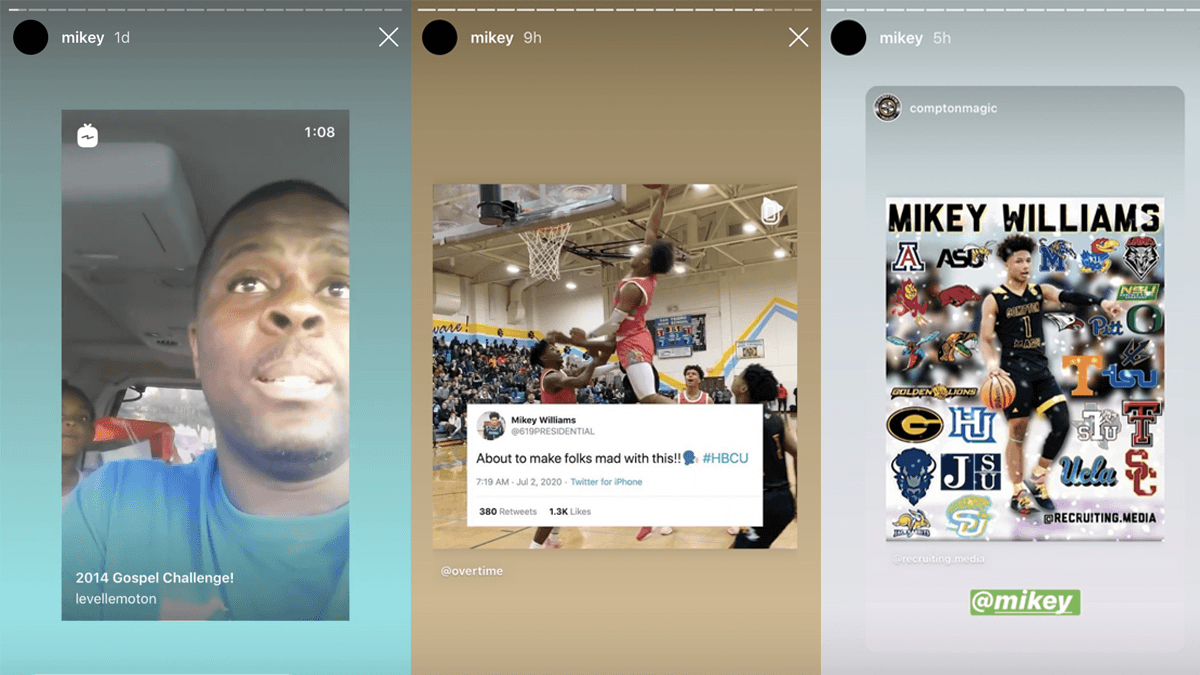 Mikey Williams is the top shooting guard prospect for the class of 2023. The 16-year old hoops star captured the attention of the HBCU universe when he publicly declared attending an HBCU wouldn’t be such a bad idea. The offers immediately came pouring in and you can read about that here.

Until Williams makes his final decision his social media is now appointment viewing. The blue-chip recruit from San Diego delivered plenty of red meat this week with some of his social media posts.

It started early Thursday morning on the east coast when Williams shared a video on his IG Story featuring North Carolina Central head coach LeVelle Moton. The video was a “Throwback Thursday” special Moton posted of him and his daughter taking part in the 2014 “Gospel Challenge.”

Mikey Williams all in on HBCUs

That was just the beginning. Before most people had a chance to down their first cup of coffee Williams followed up with this bold declaration.

“About to make folks mad with this!! #HBCU”

He shared it in a screen grab on IG that he originally posted to his Twitter account.

Four hours later he shared a post from the Compton Magic, his AAU team. It was a graphic of Williams on the court surrounded by the logos of teams interested in him. If you’d like to dive into the world of analyzing all of the minutiae, NCCU was the closest to his heart. Literally. The eagle mascot was about a good five pixels away from Williams, not that it means anything? Or does it? (We’re joking internet okay, he doesn’t make the graphics)

To have several HBCUs in the running for a five-star prospect out of high school hasn’t really happened in the modern era of college basketball. There have been plenty of players to make their way into HBCU programs as second and third destinations, but what Williams is doing is special. For now at least.

When LeVelle Moton recruits a kid, many times he’s still more popular than the kid himself. Not this time around. So does North Carolina Central now have a leg up in a decision that could still be two years away? Maybe or maybe not.

But just like a lottery ticket it sure is fun to dream about “what if?” But you can’t dream if you’re not in the game. Right now NCCU and several other HBCUs are on the court and Mikey Williams has the ball.