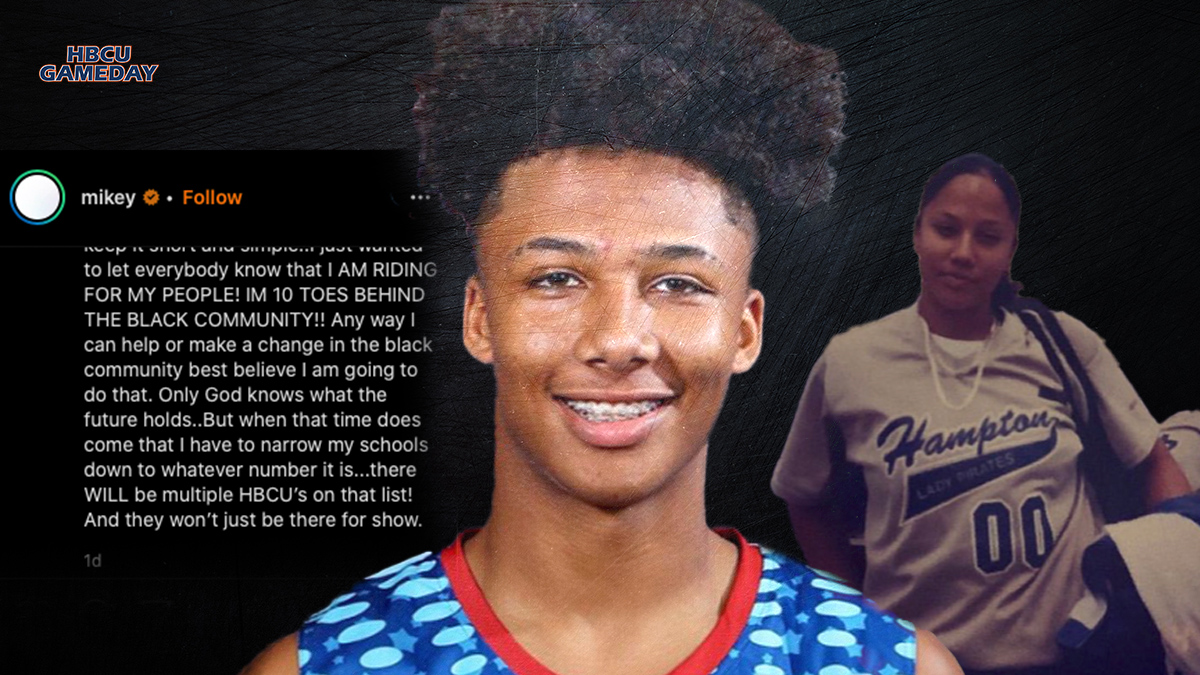 Mikey Williams seems to be be taking HBCUs seriously— and HBCU hoops coaches are definitely taking him seriously.

The 15-year-old hoops phenom made headlines (here before most other places) earlier this week when hinted at and later confirmed that he would consider HBCUs seriously when deciding where he would go school.

The top player in the class of 2023 received offers from Tennessee State, Texas Southern and Norfolk State within hours of tweeting that he wouldn’t turn up his nose at HBCUs.

Since then several Division I HBCUs have offered the San Diego native scholarships when its time for the Class of 2023 to commit.

North Carolina Central, winners of the last three MEAC Tournaments and the 2020 regular-season title, has also put its bid in. So has Kenneth Blakeney’s staff at Howard University.

Big South member Hampton University has also offered Williams. Hampton may actually have a leg up for him, as his mother apparently played softball for the Lady Pirates. Hampton made it to the Big South Championship Game this March before falling to Winthrop on the road.