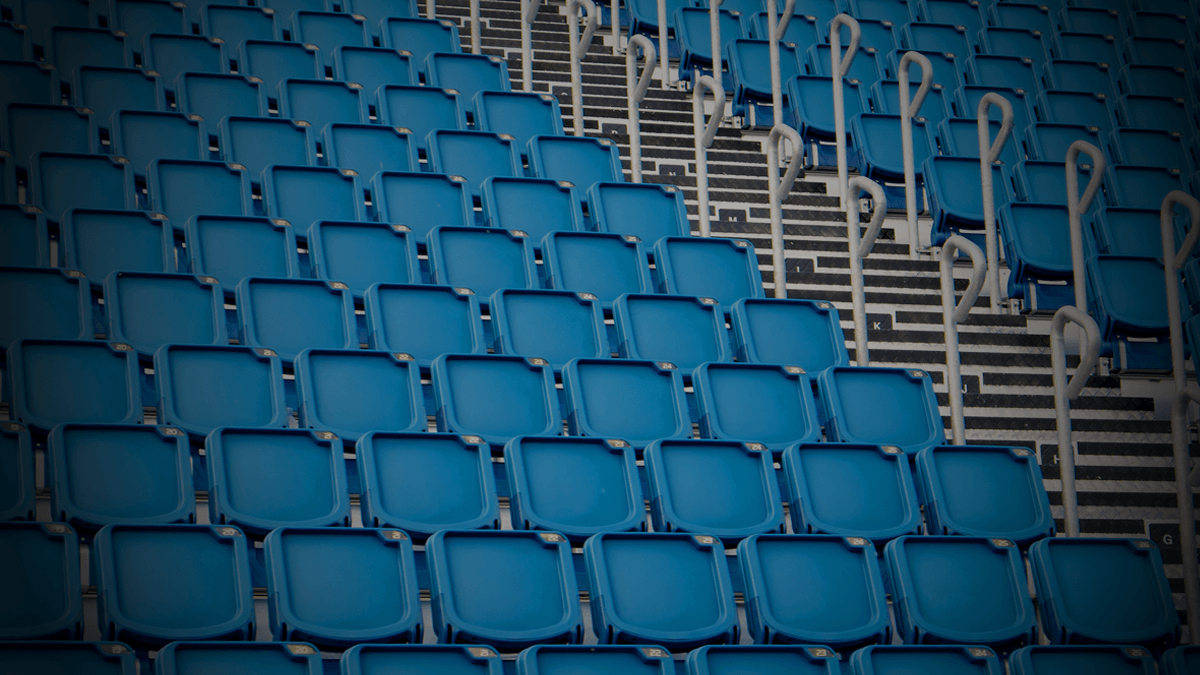 College Sports this fall is a distant probability

Opinion: The Power Five wants to play, but data suggests the games might not go on for everyone else.

Let the circus begin! College athletics departments have their own ideas about the Fall sports, but a consensus has not been reached by any means. In fact, the pessimism about the 2020 season has been met with optimism on other fronts. Make no mistake about it, Power Five conferences want to play.

HBCUs and mid-majors are remaining tight-lipped on the Division-I level. Meanwhile, some Division II schools are being proactive and suspending play for the fall.

The U.S. Senate has jumped into the conversation. In a hearing to try to understand the NCAA’s take on compensation for college athletes, the narrative suddenly shifted to the measures the league is taking to ensure student-athlete safety amid the Covid-19 pandemic.

Corey Booker (D-NJ) co-authored and introduced legislation that would protect student-athletes from losing their rights by forcing them to sign blanket waivers.

Leading the way with these waivers was Southern Methodist University. Student-athletes were required to sign the waivers, absolving the university from liability in the contraction of Covid-19. A few universities followed suit, but once the waiver went public the backlash reached all the way to Washington D.C.

News of colleges developing COVID-19 testing regimens also garnered the focused attention of the Senate hearing committee. Michael Drake, chairman of the NCAA board of governors, found himself in a precarious situation as Senators accused schools of hiding COVID-19 testing results to further their preparation for a fall schedule. Under intense scrutiny from the committee, Drake yielded to pressure to assure the Senate that schools’ testing would be transparent, even with HIPAA laws in effect.

Morehouse College made the boldest statement thus far, canceling their Fall sports schedule. The move is a resolute statement to the collegiate environment. An environment that appears to be seeking every outlet to skirt around the pandemic and fill stadiums in the fall.

The Maroon Tigers of the SIAC were the first notable school to pull the switch on college sports this fall. Following Morehouse’s announcement, the SIAC responded with a statement stating that the conference had not made a decision on the Fall athletics schedule. The two Division-I FCS conferences, MEAC and SWAC, have held press conferences with updates but are awaiting further data to make a finite decision.

What about Division I?

The first major events of football season are the highly-anticipated media days. The SWAC has moved to a virtual platform and will conduct football media days on July 22-24.

“While the current COVID-19 pandemic has undoubtedly presented a unique set of challenges for everyone globally, it has also created an equally unique set of opportunities,” said SWAC Commissioner Dr. Charles McClelland.

Caught in the possibility of the 2020 season being canceled, the MEAC could lose the opportunity to celebrate a milestone…it’s 50th anniversary. Wayne Frederick, Ph.D., Chairman of the MEAC Board of Chancellors and Presidents, is optimistic about the strength and resolve of the MEAC despite the pandemic and departure of two more institutions.

“As we celebrate the 50th Anniversary of the Mid-Eastern Athletic Conference, the recent challenges of the coronavirus pandemic and team membership transitions are the latest examples of opportunities for growth that this organization will face head-on and persevere to emerge as a stronger conference on the other side,” said Dr.Frederick.

In the HBCU realm, no matter the success of a team, no game is more important than homecoming. The ancillary events around homecoming draws in alumni, fans, and friends from across the nation. People diverge on the footprint of an institution for virtually a full week of activities. This week, Howard University, which has one of the largest homecomings among all HBCUs, canceled their homecoming.

Another huge homecoming, NC A&T State’s G.H.O.E. (Greatest Homecoming on Earth) has also been canceled for this year.

This week, coronavirus numbers escalated to epic proportions nationwide. Several states have reported spikes in not only positive tests but hospitalizations. The United States recorded 50,000 new cases on Wednesday. That is the highest number of new cases of COVID-19 in a single day, according to Johns Hopkins University.

Coronavirus infections have reached 2,729,800 cases with over 128,000 deaths according to a New York Times database. Infectious disease expert, Dr. Anthony Fauci, said the coronavirus outbreak is “shining a bright light” on how “unacceptable” the health disparities between blacks and whites are. With blacks making up 13 percent of the U.S. population, but 23 percent of deaths from COVID-19, the risks are indeed significantly higher than others.

With all of these factors converging at this time and no cure or treatment in sight, temper your expectations. Don’t get too excited about teams strapping on helmets and fans filling the stands in September.

College Sports this fall is a distant probability