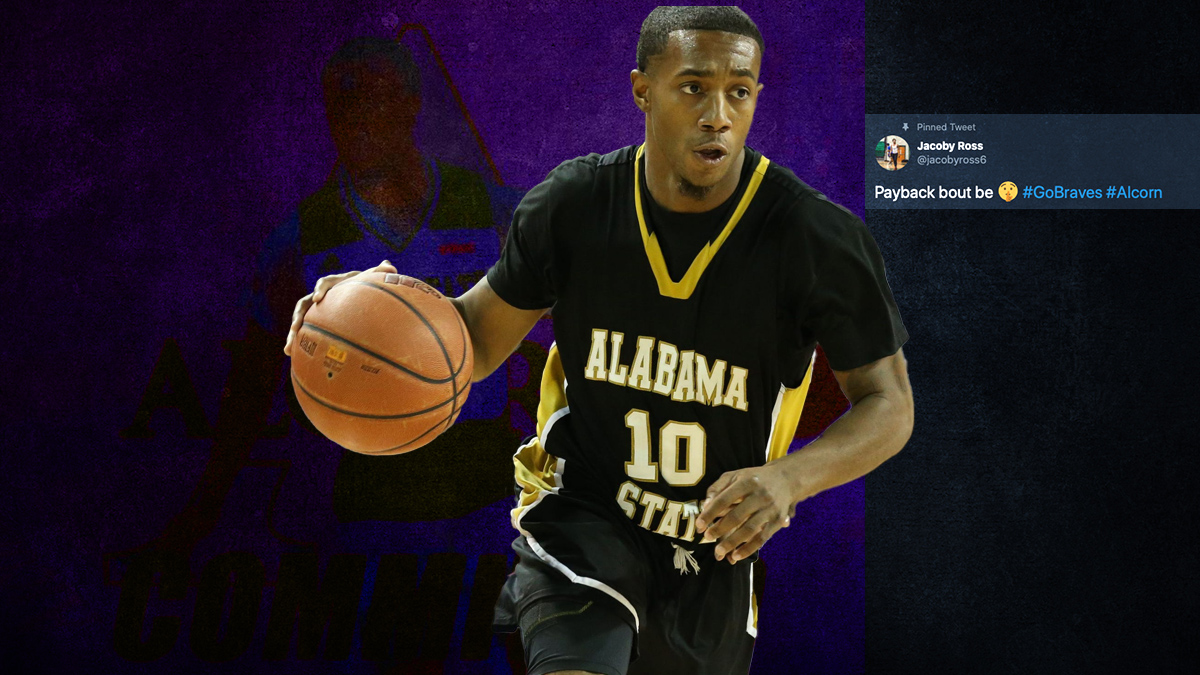 After graduating early, 2018 SWAC Rookie of The Year Jacoby Ross is staying in the same division but switching teams.

The school’s initials and the player will remain the same for the 2018 SWAC Rookie of the Year next season for Jacoby Ross.

Ross will travel slightly west play with Alcorn State after playing the first three seasons of his career at Alabama State.

The 5’9 New Orleans native announced he will be taking his talents to the Braves. He will be eligible to play immediately as a graduate transfer.

He averaged 12.5 points in each of his first two seasons in Montgomery and started 28 games as a sophomore in 2018-19. He started just six times as junior, however, and his point production dipped to just 6.4 per game on 32 percent shooting.

Ross hit the transfer portal in March, just before Mo Williams was named as the new coach of the program. Williams has hit the recruiting trail rather hard, picking up some new weapons for his new squad, including Trace Young.

As for Ross, he won’t get a chance to participate in the Ross era but he will do so for new Alcorn State coach Landon Bussie.

Needless to say, the “Battle of the ASUs” just got a little more intense.