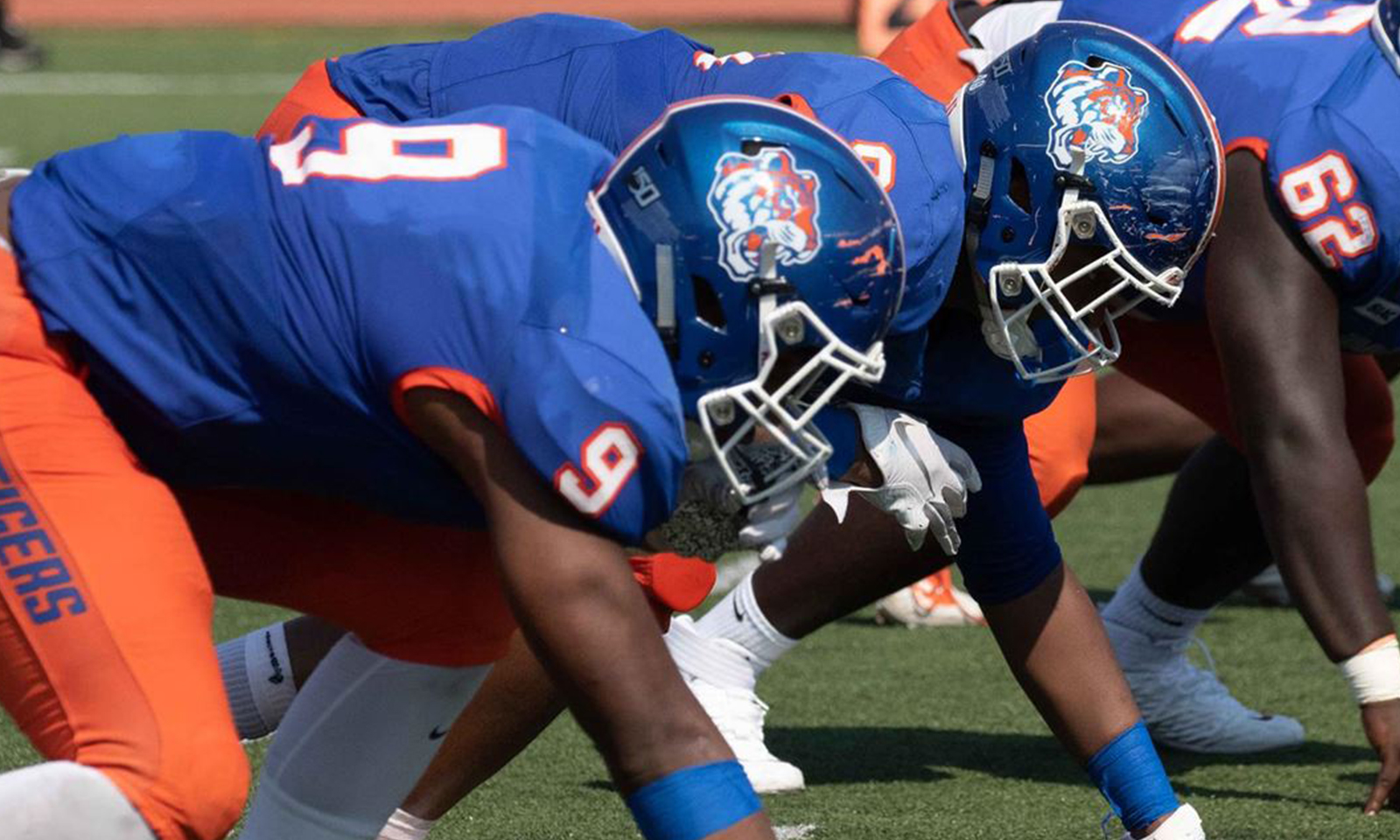 The Tigers aren’t putting any cupcakes on the schedule.

The Tigers released the 2020 schedule in May, marking the program’s 118th year of competition. Savannah State football first played on Thanksgiving Day, 1902.

Savannah State had initially scheduled a game against Florida Tech University on Sept. 5 to open the season. Florida Tech announced the elimination of its football program, effective immediately, on May 11.

Savannah State administrators went to work immediately after Florida Tech’s public announcement to find a replacement for the opening game of the season.

“We’re excited to have the opportunity to compete against an elite program in Valdosta State,” Head Football Coach Shawn Quinn said on Wednesday. “I appreciate the athletic administrations, the presidents of both universities and coach Gary Goff. All of us worked together to get this game done in a short amount of time.”

The new game against Valdosta State means Savannah State will play nine of its ten games this season in Georgia—including six home games in Theodore A. Wright Stadium. The only out of state game will be on Sept. 12 in Salisbury, N.C. against Livingstone College.

“Our goal since day one of taking over the Savannah State football program has been three fold: to make us relevant, revive our fan base and revive our in-state rivalries,” Quinn said. “This is another step in the right direction.”

Valdosta State and Savannah State have met five times in their collective history. The Tigers have never won a game against Valdosta State. They last played on Sept. 14, 1996. The Blazers won 21-7.

The 2020 schedule features six home games, four of which are Southern Intercollegiate Athletic Conference (SIAC) matchups. The Tigers returned to the SIAC in 2019 and NCAA Division II. They competed in the conference from 1969 to 1999 before elevating to NCAA Division I.

After opening the season against Valdosta State on Sept. 5 in Valdosta, the Tigers travel to Livingstone College on Sept. 12. The Tigers then host a five-game home streak through the end of September and most of October. Savannah State faces SIAC foes, Central State (Sept. 19), Morehouse College (Sept. 26), and Benedict College (Oct.3) in consecutive home games.

On Oct. 10, the Tigers will host Virginia University of Lynchburg in a non-conference bout. Savannah State will celebrate homecoming on Oct. 17 against SIAC opponent, Clark Atlanta University.

The Tigers will close out the 2020 season on Nov. 7 in Theodore A. Wright Stadium against non-conference opponent Edward Waters College.

Savannah State concluded the historic 2019 season with a 49-19 rout of Edward Waters on Nov. 9 last year. They finished the 2019 season 7-3 overall, the best regular-season record for the program since 1998. The Tigers went undefeated against SIAC foes, winning all five games.

The last team to finish with a flawless conference record were the 1998 Tigers, who went 8-1 under legendary head coach William “Bill” Davis. In similar fashion to the 2019 Tigers, that team was also ineligible for post-season play.