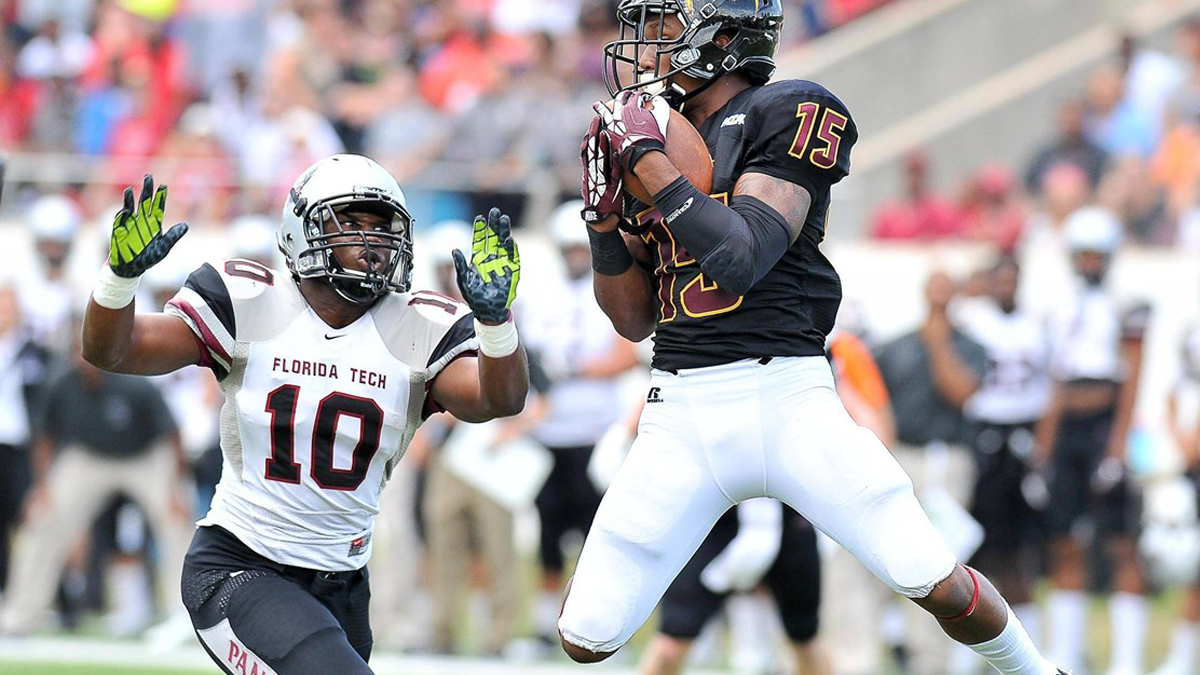 What — if anything — does Florida Tech’s shutdown tell us about the future of HBCU ball?

CIAA and SIAC football squads will have one less Gulf South Conference squad to try to take down whenever football returns.

Florida Tech, a member of the D2 football power conference, has eliminated football from its athletics program due to COVID-19.

“As I have continued to share with you, these are difficult times for our university,” FT President Dwayne McCay told the university community in a letter today. “Indeed, all of higher education is struggling to deal with the realities of the COVID-19 pandemic, and the uncertainty that accompanies a global disruption to daily life. Some universities will no doubt close. Florida Tech, however, has plans to persevere.”

The football program at Florida Tech is less than a decade old— it started in 2011 — but it has seen some success, including making the D2 playoffs in 2016 and 2018. Some of it at the expense of HBCUs.

Just three years into being a program FT nearly knocked off Bethune-Cookman in 2014, losing 34-33 to a BCU squad that would go on to become one of five MEAC champions that year.

Florida Tech has been a consistent non-conference opponent for SIAC schools especially. It beat Savannah State in last season’s opener and lost to Fort Valley State in early October. Overall FT has gone 5-1 against the SIAC since 2015. It was reportedly set to open the season against Savannah State.

So, since is HBCU Gameday, we have to ask: what does this have to do with/mean to HBCUs.

FT’s program shutdown could end up helping some HBCUs, as its talent pool will look to land elsewhere. Many of its players are from the Miami area, and Florida Memorial is slated to start football soon. While it was a D2 program, a few of its players would no doubt be just as welcomed at Bethune-Cookman or FAMU as they would in the SIAC.

On the flip side, Florida Tech is better off financially than most HBCUs, even those in Division I. The school had an endowment of $82.7 million, which is more than the majority of the MEAC and the SWAC. Endowments, according to Investopedia, represent money or other financial assets that are donated to universities or colleges and are meant to be invested to grow the principal and provide additional income for future investing and expenditures.

Here are the list of HBCUs with higher endowments than Florida Tech:

You can debate whether or not this was a necessary move or perhaps just a case of the university taking advantage of the situation to rid itself of a program it no longer wanted to pay the cost for. But you can’t debate the fact that, based on cash and assets, the toll that football takes on HBCUs is an even heavier burden.

Will other HBCU athletic programs and schools be forced into similar action? Or at least have to step down a level? As an outlet based on covering HBCU sports, particularly football, we hope the answer is no. FT doesn’t have the history or the following that many HBCUs have developed over more than a century of football.

However, the likelihood of some of our programs having to make similar decisions hangs right around the corner, according to William A. Foster of HBCU Money.

“Covid-19 is about to gut-punch college populations overall,” Foster told HBCU Gameday, “and we know whenever everyone gets a cold, we get pneumonia.”

Hopefully, financially distancing ourselves from football won’t have to be the cure.

What — if anything — does Florida Tech’s shutdown tell us about the future of HBCU ball?