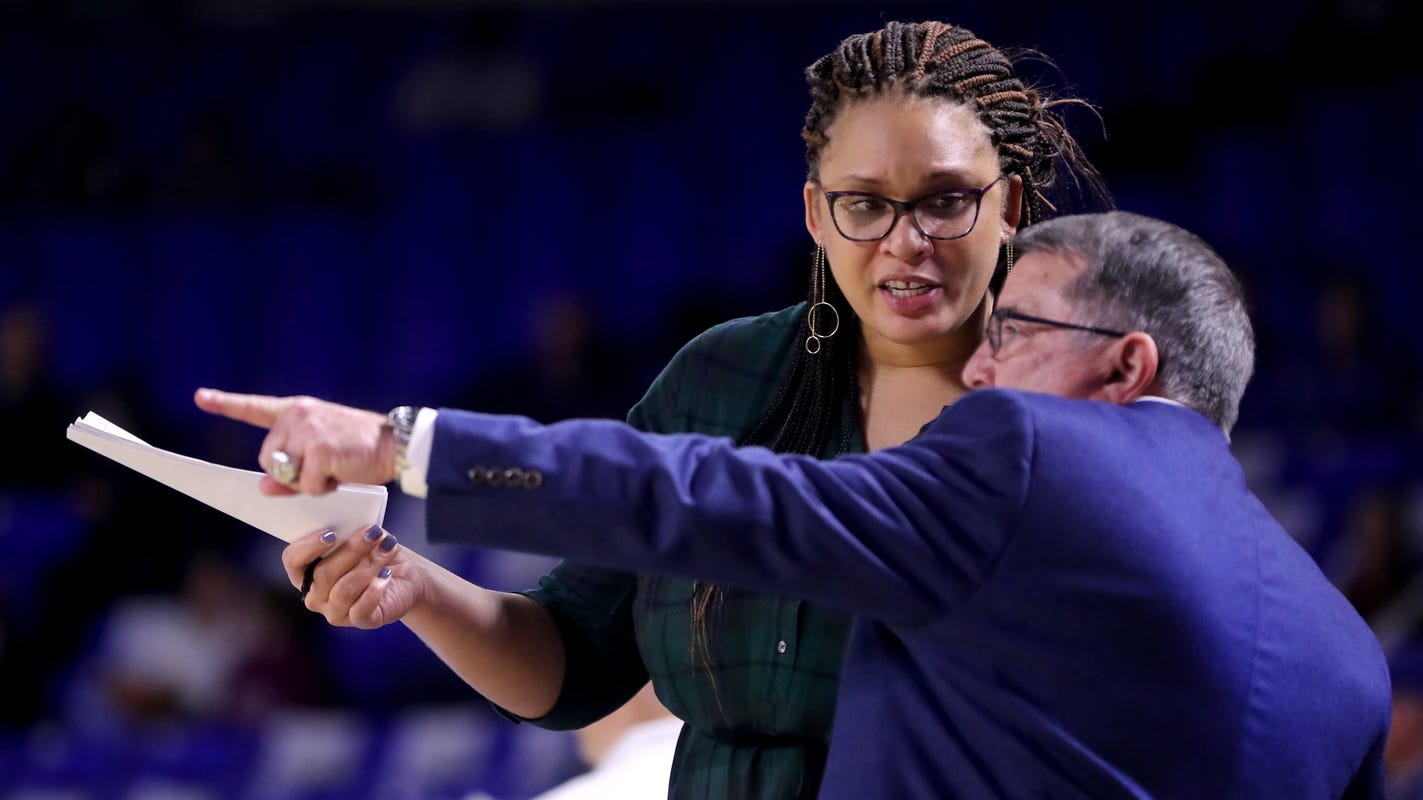 Shalon Pillow played for Hall of Famer Pat Summitt in the late 90s and early 2000s.

TALLAHASSEE, FL–Florida A&M has hired its third women’s basketball coach in three years. Shalon Pillow is headed to Tallahassee from Middle Tennessee State. Pillow most recently was an assistant coach at MTSU. She played collegiately at the University of Tennessee for Pat Summitt.

“I’m honored and blessed to be the next head coach at Florida A&M,” Pillow said. “I’ve been preparing for this opportunity for my entire life. I look forward to leading this program to success that will stand long after I retire.”

FAMU Vice President/ Director of Athletics Kortne Gosha is enthusiastic about the hire.

“We are excited about the direction of our women’s basketball program under Coach Pillow’s leadership,” Gosha said.

“Her natural pedigree as a student-athlete and coaching at the highest level of women’s basketball stood out immediately. We are committed to providing Coach Pillow with the resources and support necessary to develop the championship culture on and off the court that our young women deserve. It is my privilege and honor to welcome Shalon to the Highest of Seven Hill.”

Gosha and Pillow aren’t strangers to one another, however. Gosha worked at Middle Tennessee State from 2014-1018 in various capacities in the athletics department. Pillow joined the coaching staff at MTSU in 2014.

Pillow also played in 108 career games in the Volunteer State. At Tennessee, her career was highlighted by two Final Four appearances from 1998 – 2002.

This will be her first time leading a Division One program.

Pillow will take over a FAMU team that has faced many challenges in the past. The program finished 6-21 last season and was also placed on a self-imposed postseason ban. She will have to deal with an NCAA ruling for recruiting restrictions for the 2020-2021 academic year.

Pillow has a reputation for developing post players. Most notably, she worked with Cheyenne Parker at Middle Tennessee, who also became the no. 5 overall pick of the WNBA’s Chicago Sky in April 2015.