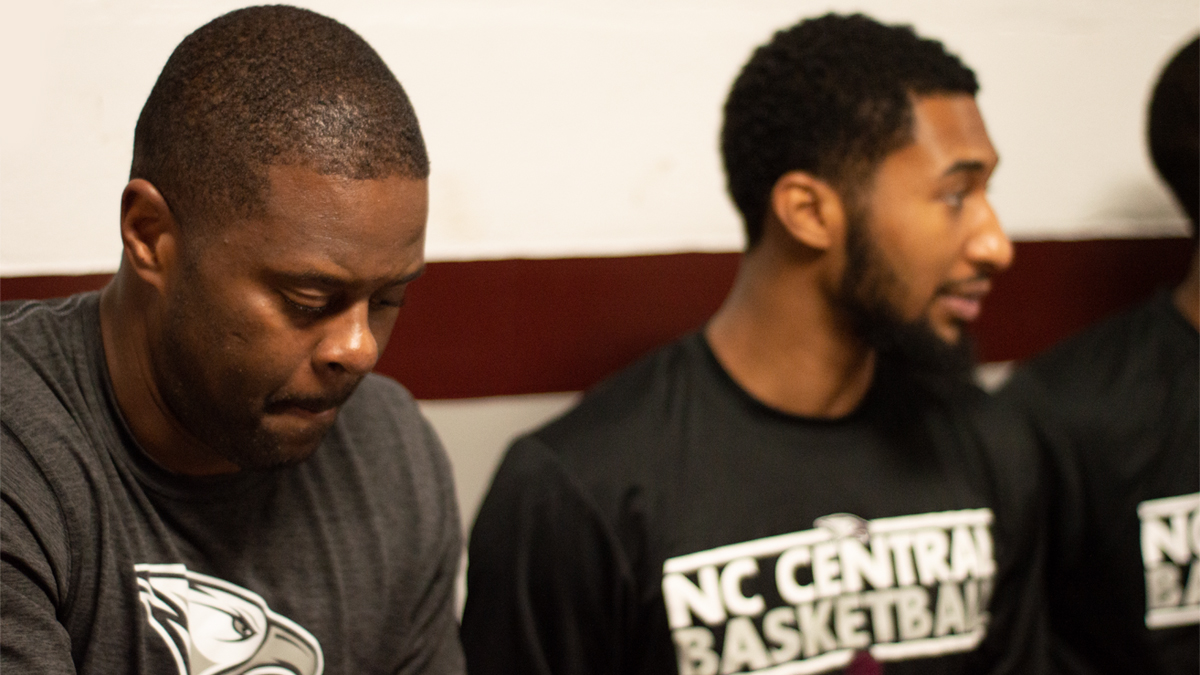 The murder of George Floyd at the hands of Minneapolis police has impacted the lives of millions.

North Carolina Central coach LeVelle Moton is one of those who have been triggered by the horrific nature of Floyd’s killing. Moton is known for using his social media, particularly Twitter, to inspire and entertain his over 30k followers.

But on Thursday Moton admitted that the incident has triggered his own anxiety disorder. He went on to relay a very personal experience in his adopted hometown of Raleigh, NC fifteen years ago.

Moton says he was pulled over by police and forced to the ground and accused of being a drug dealer by police, who drew their guns at him, while his mother was on the phone with then-North Carolina star Raymond Felton.

Eventually, the officer’s partner recognized Moton and Felton.  The first officer apologized to Moton, saying he fit the description of a call he received and as

“I sat on that curb for 30 minutes humiliated. It’s the first time in my life I felt less than a man,” Moton said.

This was prior to the 2005 NBA Draft, in which Felton was selected fifth overall by the Charlotte Bobcats. Moton said he never went public with the incident because he didn’t want to hurt his friend’s draft stock.

Moton challenged other basketball coaches, particularly in the Power Five ranks, to speak up and take a stand as well.