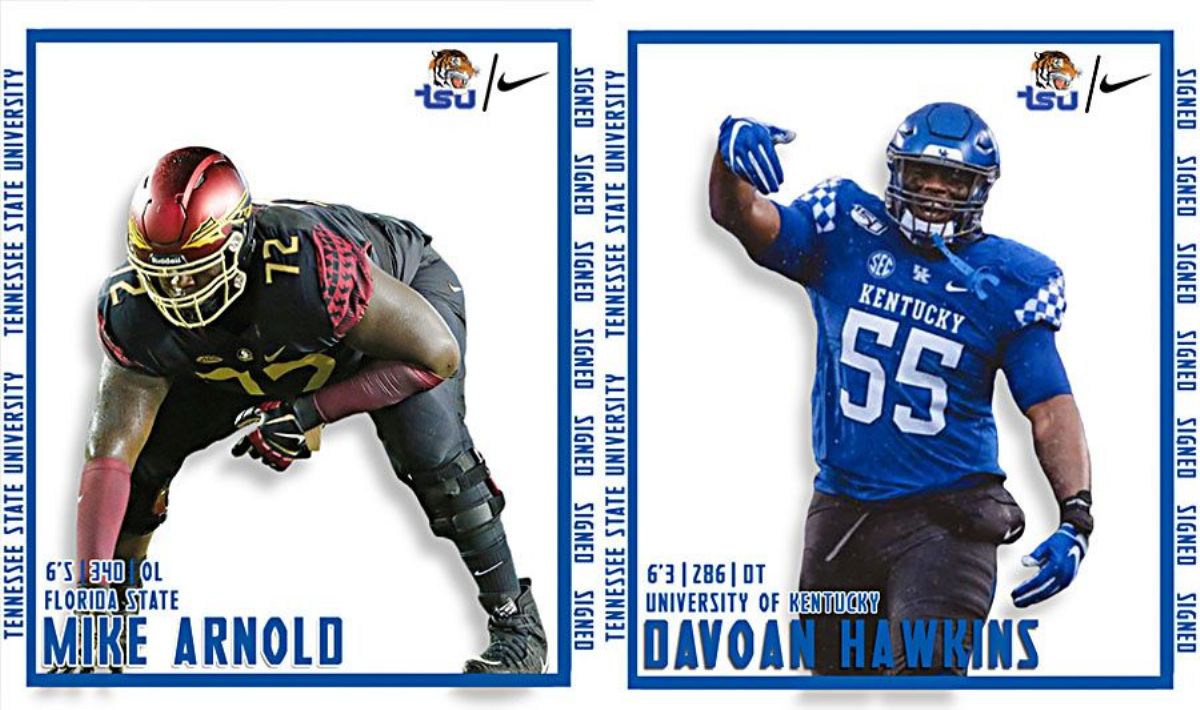 Tennessee State adds ACC and SEC Transfers to the Trenches

Hawkins comes to TSU after spending two seasons at the University of Kentucky. The defensive lineman redshirted his first season with the Wildcats and played in nine games in 2019. Hawkins who was a three-star prospect coming out of Chaminade-Madonna High School will have three years of eligibility remaining with the Big Blue.

Arnold spent four years at Florida State University and comes to TSU as a graduate transfer with one season of eligibility remaining. A Rivals four-star prospect, Arnold played in 24 games, starting 13 at right guard, over the last two seasons at FSU.

The former Seminole looks to help replace the departures of Raekwon Allen, Thomas Burton and Lachavious Simmons on the offensive front. Allen started all 21 games at right guard during his two-year career at TSU and was an All-Ohio Valley Conference selection.

Tennessee State adds ACC and SEC Transfers to the Trenches