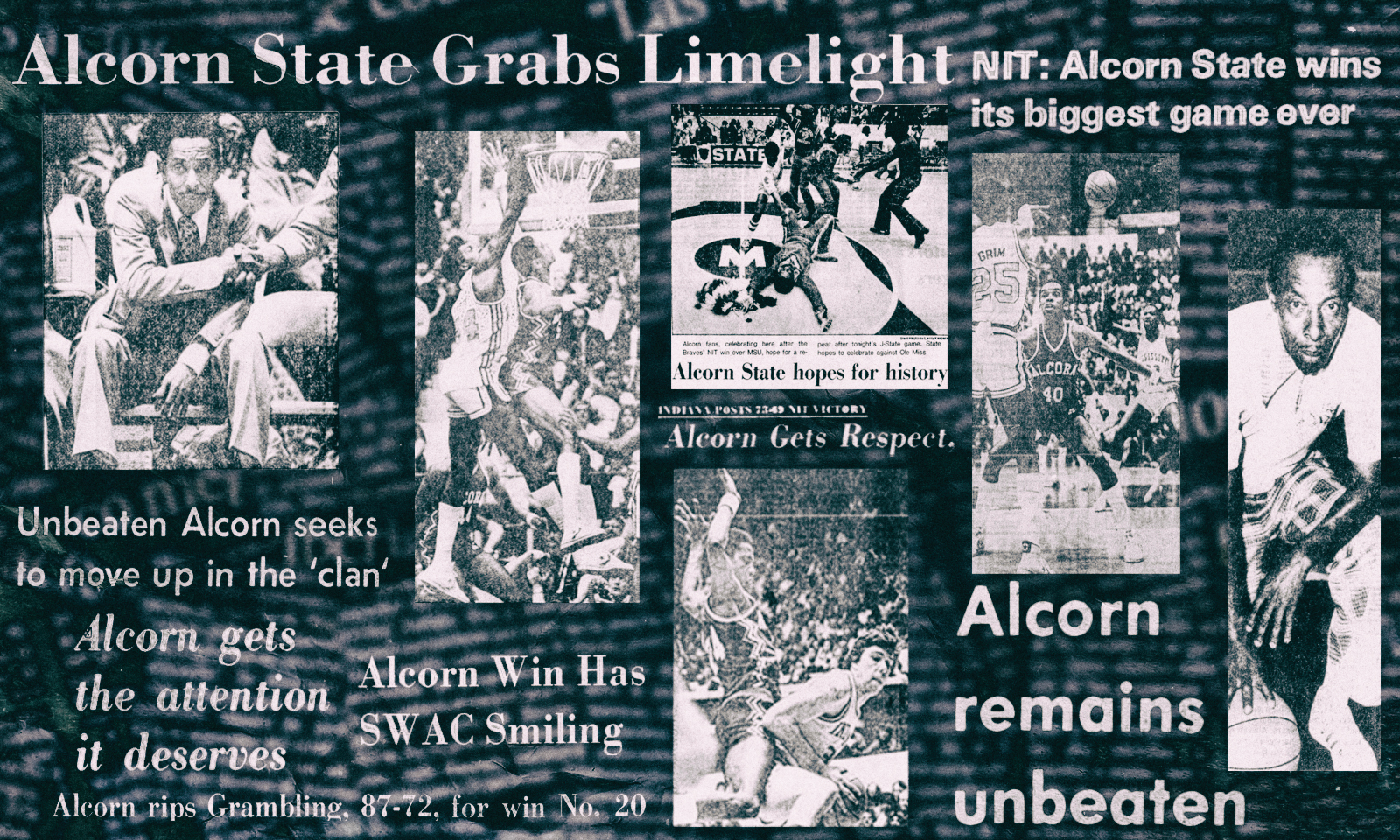 LORMAN, Miss. – No one has gone undefeated in the SWAC since the Alcorn State University men’s basketball teams from 1978-80.

Over the two years, the program went 53-3 overall, including 49-1 in the regular season and 26-0 in conference. They won four championships and picked up wins in both the NIT and NCAA Tournaments.

Though, despite their undefeated record, Alcorn did not receive a bid to the NCAA Tournament because the SWAC was in a transition period and did not have an automatic qualifier. Instead, the Braves played in the NIT where they defeated Mississippi State 80-78 in the first round.

Alcorn was knocked out of the NIT by top-seeded Indiana, which went on to win the tournament. Afterwards, IU head coach Bob Knight told Sports Illustrated that Alcorn was its toughest opponent, squeaking out a 73-69 decision.

The following year in 1979-80, the Braves posted a 27-1 record prior to the NCAA Tournament and ran the table again in the SWAC with a 14-0 mark. They crushed Southern in the semifinals of the SWAC Tournament 116-62 before disposing Grambling State 83-61 in the finals.

The SWAC still did not have an automatic qualifier for the NCAA Tournament, however Alcorn became the first-ever (and only) HBCU institution to earn an at At-Large bid. The Braves took down South Alabama 70-62 in the first round of March Madness before falling to No. 1 seed LSU 98-88 in the Round of 32.

Smith was one of two Braves selected in the 1980 draft as he went to Golden State in the second round, and teammate Clinton Wyatt was chosen by Washington in the ninth round. The following year, Eddie Baker was drafted by Detroit in the ninth round.