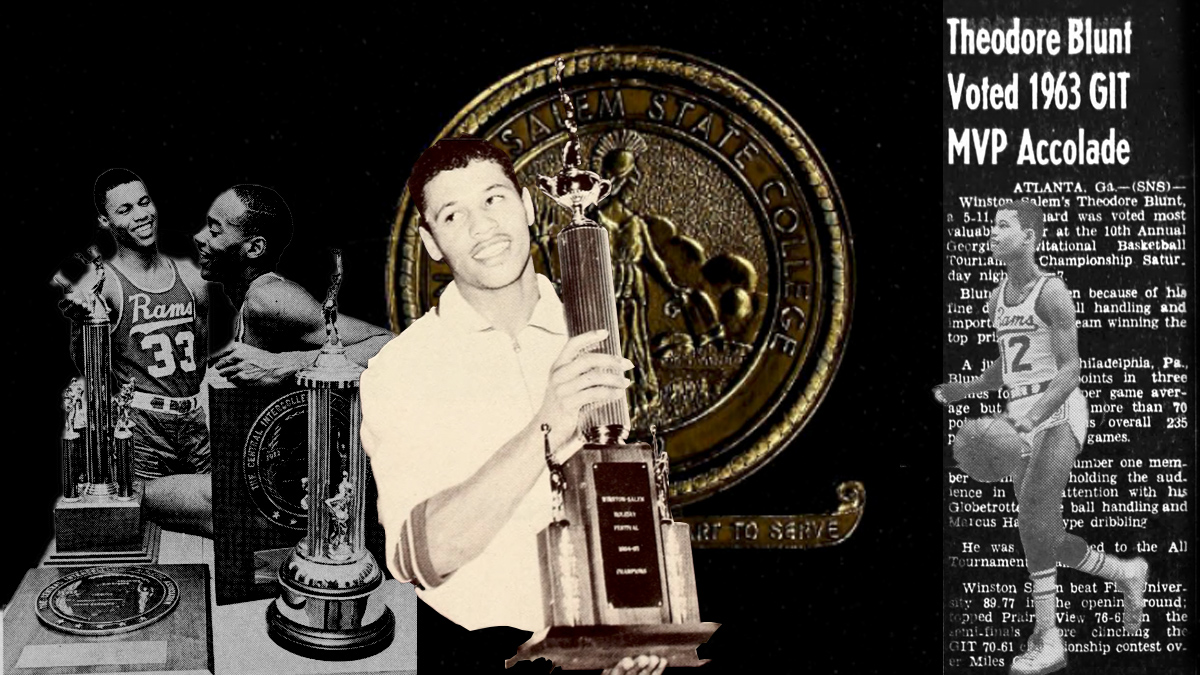 Eighteen year old Theodore Blunt rolls onto the campus of Teacher’s College for the first time in his life, wondering what he had gotten himself into.

The 6’1 freshman arrived in the humidity of the Carolina summer armed with a smile that could light up a room, an open mind and very little else.

He came down to Dixie land to do two things: play basketball and get an education. But neither of them would be handed to him despite the fact that he was one of the most talented ball handlers in the city of Philadelphia.

In 2020 that would get him scholarship offers from across the country. He’d have his own Ball Is Life mixtape. And he probably wouldn’t set foot at an HBCU for that matter.

But young Teddy Blunt didn’t have all of that. All it got him was a tryout in front of an imposing 38-year-old coach named Clarence “Big House” Gaines that consisted of a pickup game back in Philly. Teddy had impressed House, who gave him an offer, but not the kind that we think of in 2020.

Young Teddy had to earn his keep. And he did. He had to do it in an alumni basketball game against some of the top players from Gaines’ basketball dynasty, which had won four CIAA basketball titles in less than a decade.

Teddy did well against some tough competition. Jack Defares and Cleo Hill, who had just been a first round NBA Draft pick, were apart of Gaines’ alumni. After that game he got a scholarship, a meal ticket and a place to stay.

“He knew that I did not have — or my family didn’t have any money — so I didn’t have to pay my first year at all. And after the first game I never had to pay to go to Winston-Salem for the next three years.”

779
The Latest in HBCU Sports and Culture