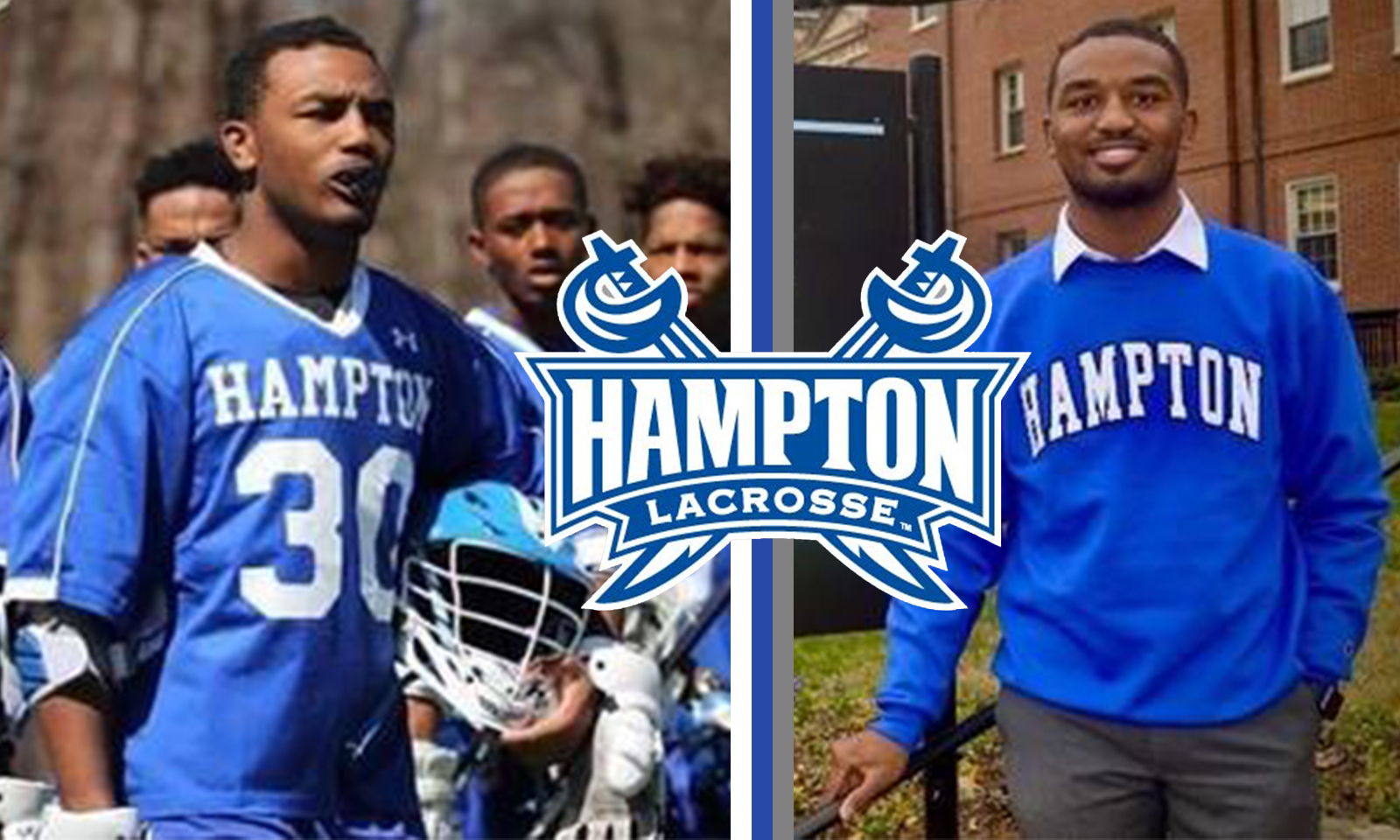 Robert Gresham III put it down with the stick and in the classroom.

HAMPTON, Va. – A native of Raleigh, North Carolina, Robert Gresham III is graduating this month with a 3.93 GPA, the highest in the Hampton University School of Science. Earning his ACS certified degree in Biochemistry, Gresham is also a Division I Lacrosse athlete at Hampton University.

Gresham will be heading to pharmacy school in North Carolina next year. He is receiving an academic and merit scholarship. “My plan is to implement myself as a leader in the Pharmacy Class of 2024 cohort by running for class office. Throughout the year, I will continue to build a strong foundational network with hopes to land an internship at a pharmaceutical company during the summer of 2021,” Gresham said.

As a student at Hampton University, Gresham was a leader on campus and a member of the Freddye T. Davy Honors College. He has a peer-reviewed publication in preparation and has earned numerous scholarships, including the 2020 Big South Sunbelt Rentals Scholarship.

“Athletics was an integral part of my academic success at Hampton University. Participating in Division I lacrosse helped me enforce and maintain a strict schedule for academics, athletics and extracurricular activities. It was a great stress reliever and also a social outlet source,” said Gresham.

Gresham played two seasons for the Pirates in 2017 and 2018 seeing action in 11 games at defender and face off specialist.  As a sophomore he was 13-of-27 on his faceoffs.

During the summer of 2018, Robert participated in The University of Virginia Summer Research Internship Program, where he worked at the Marty Mayo, PhD lab to discover treatments for patients with Lung Adenocarcinoma. He presented his research poster at the Annual Biomedical Research Conference for Minority Students in Indianapolis, Indiana in November 2019.

Gresham has made lasting memories at Hampton University. “I met seven strangers at Hampton University’s Honors Visitation Weekend as a senior in high school. Since coming to Hampton in August of 2016, those seven strangers have turned into brothers for a lifetime. We came in together, made memories together and are all graduating together this spring as we move on to our next steps,” Gresham said.

Gresham III is named after his dad and grandfather, who played running back in the NFL for six years in the early 70s. He has taken his love for NFL football to an extreme level so much that he has created NFL draft boards, where he watches film, writes scouting reports and ranks players prior to the upcoming NFL draft.

In 2019, Gresham III participated in Drug Discovery Research at Vanderbilt University in the Jerod Denton, PhD laboratory. There, he discovered potential novel diuretics to treat hypertension. He presented his research at The Leadership Alliance National Symposium in Hartford, Connecticut during the summer of 2019.