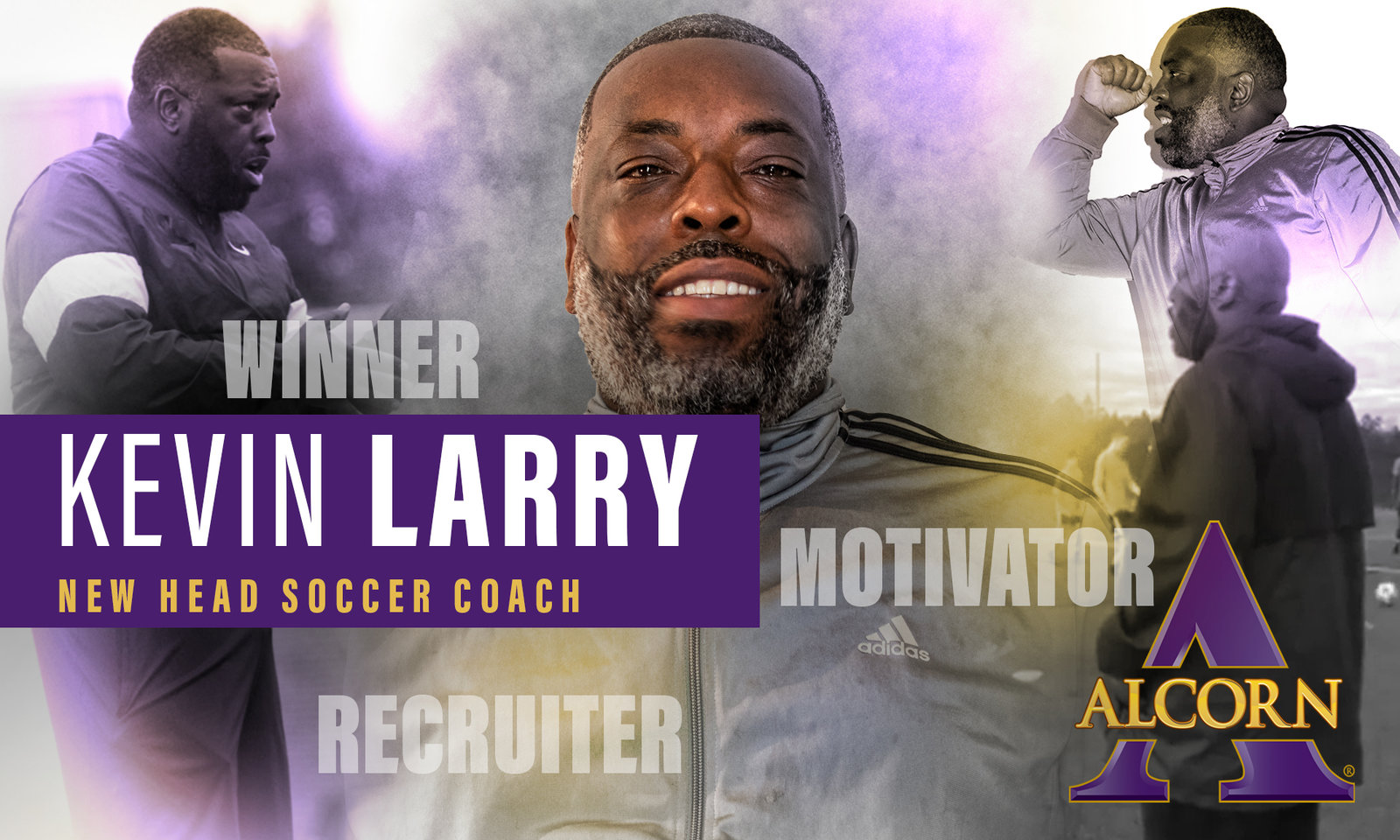 Larry, a product of Vicksburg, Mississippi, began his coaching career at the collegiate level as a volunteer assistant at Alcorn in 2012.

Most recently, Larry served as assistant coach at Jackson State in 2019. He helped the Tigers register a 7-3 conference record as the team finished the regular season on a six-game winning-streak without allowing a single goal.

“On behalf of myself and the Larry family, I’d like to extend a gracious thank you to madam president [Felecia] Nave, AD [Derek] Horne and all of those involved in making this dream come true. I began my journey as a college coach right here at Alcorn almost 10 years ago as a volunteer. I had a bunch of nervous energy, but I was determined to succeed – that’s the same attitude I have now that I am the head coach. Make no mistake about it, I welcome the challenge,” Larry said. “My job is to compete on the soccer pitch, but it’s equally important that I cultivate young minds and help build pillars of the community.”

Prior to JSU, Larry worked four seasons at Shaw University as assistant men’s and women’s coach from 2015-18.

In 2013, Larry worked at North Carolina at Chapel Hill during World Cup champion Crystal Dunn’s senior year. He served as a volunteer assistant breaking down game footage for future training purposes with the match analysis team.

“Coach Larry is very experienced and brings a wealth of knowledge. He’s an excellent recruiter, and he’s coming back home. We’re so excited to have him on board, and with the experiences and knowledge he has of Southwest Mississippi, we feel that Coach Larry will be an excellent addition to our program,” said director of athletics Derek Horne.

At UNC, Larry worked for Anson Dorrance, one of the most successful head coaches in soccer history with 21 national championships and a U.S. Women’s World Cup title in 1991 in China.

Brigade FC also competed in the TASL Men’s Open A Division, Raleigh North Carolina’s top men’s amateur division. With the Brigade, Larry had the privilege of working with players who competed as Division I players and in the professional ranks in the U.S., South America and Europe.

“There’s a special place beneath the shade of giant trees. It’s a place filled with hope, and hospitality. It’s a place filled with wonder and wisdom. Alcorn is a place filled with prestige and promise. This special place is welcoming one more person to the Brave Family. Like the other coaches recently named, our new soccer coach joins the ranks with a challenge to not only win but to recruit top talent that are committed to success in their sport and in their studies,” said Dr. Felecia M. Nave, University President. “I am truly excited about what is to come for Alcorn State University Athletics.”

748
The Latest in HBCU Sports and Culture