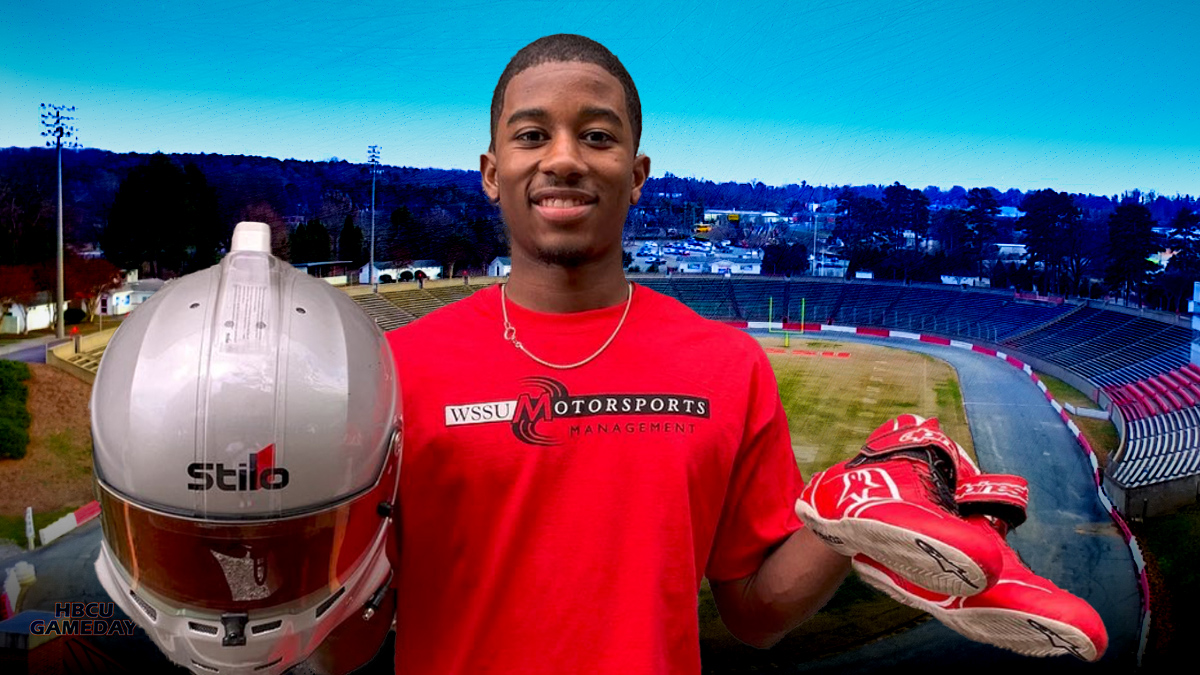 Rajah Caruth will continue to pursue his dream of becoming a NASCAR driver while attending Winston-Salem State.

Winston-Salem State plays its football games in the birthplace of NASCAR. And it will soon be home to one of the young men who may be the sports new, more diverse future.

Rajah Caruth announced on Wednesday that he will attend WSSU starting this fall. The Washington, DC native was selected to the NASCAR Drive for Diversity Driver Development Program this spring and hopes to one day become a NASCAR cup racer.

Attending WSSU has a few advantages for Caruth as it relates to NASCAR. Not only is the school less than an hour from Charlotte Motor Speedway, but it is also the only historically black college or university with a motorsports management program. As a bonus, its home football field — Bowman Gray Stadium — is considered the birthplace of NASCAR and hosts stock car races in the summer.

WSSU’s motorsport management program was founded in 2007, and it remains the only one of its kind at an HBCU.

A lifelong fan of the sport, Caruth participated in his first race in Jessup, Maryland in 2017. He spent the next year he began racing e-sports style with iRacing and last year was one of eight young drivers sent to Charlotte, NC for the NASCAR Drive for Diversity Youth Development program.

He did well enough in Charlotte to get pushed to apply for Drive For Diversity’s main driving program. He was one of 10 chosen from a field of nearly 100 to participate in a combine at Daytona International Speedway and New Smyrna Speedway last fall and this spring he was selected to the program.

“He was really impressive coming out of that combine, given his level of experience,” Jusan Hamilton, the NASCAR race director told The Undefeated. “We expect to see him continue up the ranks at the beginning level, challenge for wins and make a steady progression.”

Of course, like everything else, COVID-19 has thrown off those plans for the moment. But for now, the potential future of NASCAR has a home and it is at an HBCU.