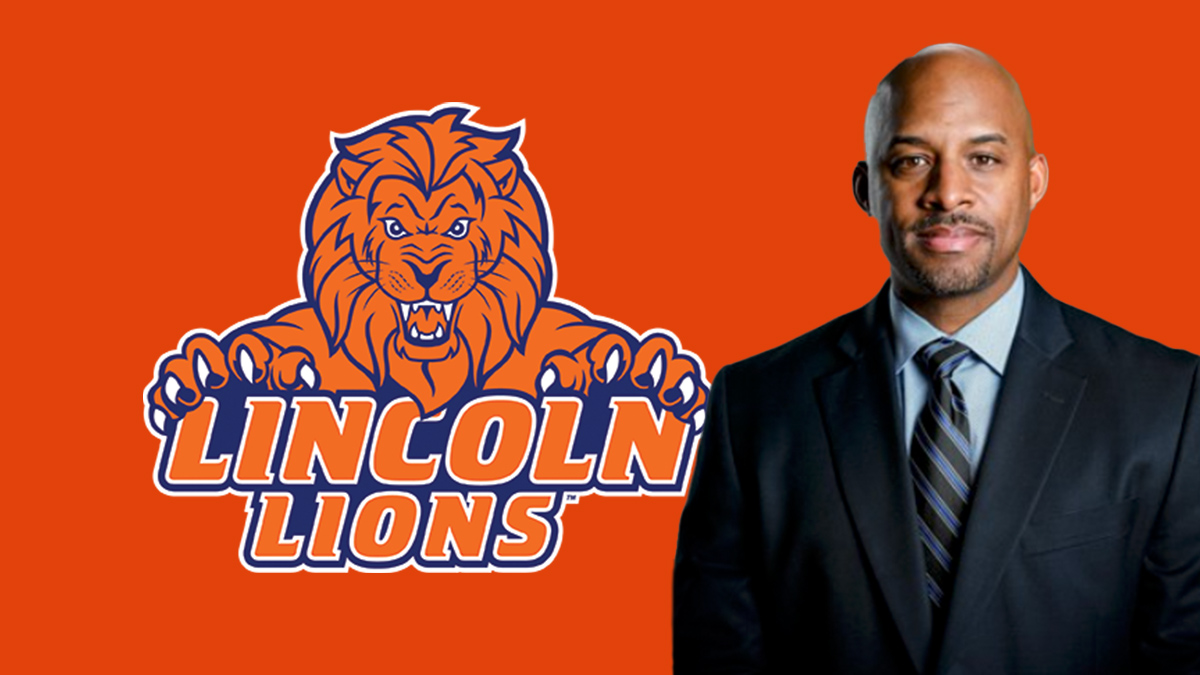 Lincoln hires a coach with plenty of experience in the northeast.

Lowery brings over 20 years’ experience to Lincoln, including 10 years as a head coach on the junior college level, compiling a 245-33 record at Essex County College and Middlesex County College. In those ten seasons, Lowery won nine conference championships, made eight region championship appearances, winning six times and won six district championships.   He led Essex to the NJCAA National Sweet 16 five times, advancing to the Elite 8 and Final Four twice and to the national championship game in 2014.  Lowery has sent 45 players to play at the NCAA or NAIA Division I or Division II level.

“I’m excited to introduce Coach Lowery as our next Men’s Head Basketball coach,” said Harry Stinson III, Director of Athletics. “Coach Lowery’s championship background, connection to the university’s recruiting area, and ability to identify and develop young men for success on and off the court is the overwhelming reason why he was chosen. Our goal was to find a coach who could continue to develop a championship culture of excellence, and I’m confident Coach Lowery can lead our men’s program to historic heights.”

“It is an absolute honor to be selected as the new Head Men’s Basketball Coach at Lincoln University,” said Lowery.  “I am very grateful that the interview committee under the direction of Athletic Director, Harry Stinson felt confident to select me for this position.  I also want to express my gratitude towards the President of Lincoln University, Dr. Brenda Allen for accepting the committee’s recommendation.  The committee did a first class job of conducting the search and I am extremely blessed to be chosen to lead this program.”

“I would also like to thank our committee and the excellent work done by Herb Courtney of Renaissance Search and Consulting for the tireless work and assistance in helping identify our next coach,” adds Stinson.

Lowery spent the past two seasons as Director of Player Development/Coaching Consultant at Division I St. Peter’s University.  His responsibilities with the St. Peter’s men’s basketball program included assistance with the day to day operations of the Men’s Basketball program, assistance with scouting reports and film break down, practice planning, game planning, collaboration with Academic Advisors, academic mentoring, and consulting about recruits and social development of student-athletes.

Coach Lowery also spent a season as an assistant coach at Bloomfield College where the Bears won a CACC Tournament Championship and advanced to the Division II NCAA Tournament. Prior to Bloomfield Lowery spent four seasons as the Head Varsity Boys’ Basketball coach at Hillside High School.

“I am very excited to get to know the young men on the team and begin the process of working hard towards the goals we set together,” adds Lowery.  “Lincoln University is an outstanding institution and I look forward to a collaborative relationship with all stakeholders and getting to work immediately!”