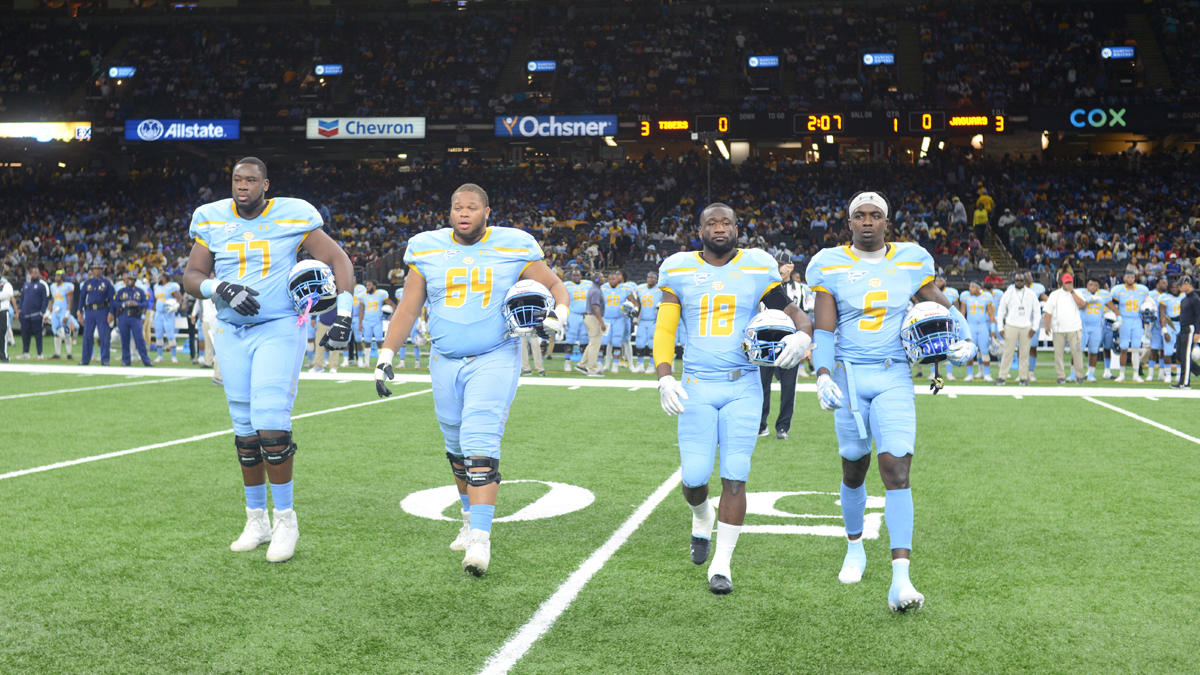 The 2020 Bayou Classic may not happen even if there is a season. At least not in NOLA.

Anyone who has looked at the headlines of COVID-19 would know that the state of Louisiana has been one of the hardest hit in the United States.

While it is more than six months away, the seriousness of the situation may have put one of the biggest events in the state, HBCU football and college football in jeopardy.

New Orleans Mayor Latoya Cantrell is recommending that organizers of large events move their plans to 2021 instead of this year.

“My recommendation is absolutely no large events such as French Quarter Fest and Jazz Fest, even Essence Festival, as it relates to the year 2020,” Cantrell said. “The focus should shift to 2021.”

Her recommendation came after 32 people died in a 24 hour span in her city.

The Bayou Classic released this statement via Twitter on Wednesday:

As of today, an official decision has not been reached as it relates to the 47th Annual Bayou Classic scheduled for November 28, 2020. At this point, we are moving forward with 2020 planning as usual, and we will be prepared for any decision that is reached by officials.

The Bayou Classic team will remain in constant contact with local and state officials as well as the administrations of Southern University and Grambling State University. We will continue to keep everyone informed as we receive more information.

The health and safety of our community is our priority.

The Bayou Classic’s 2019 attendance was listed at better than 68k inside Mercedes-Benz Dome. Add in those who come into town for outside activities and events and that number is easily in the 100k range.

Events such as Jazz Fest and the Essence Festival have already been pushed back. Mayor Cantrell said she had not yet spoke to the New Orleans Saints about what their games could look like this season.

Many people have speculated whether or not there will be a college football season in 2020 at all. But even if there is, the Bayou Classic as we know it, looks very unlikely right now.

Not playing in New Orleans doesn’t mean Southern and Grambling can’t play football— if there is a season. The two played each other on campus prior to kicking off the Bayou Classic in 1974, but most people have only known the rivalry in its current setup.

Sports, of course, is just background noise. HBCU Gameday would like to extend our thoughts and prayers to all directly impacted in Louisiana and beyond.